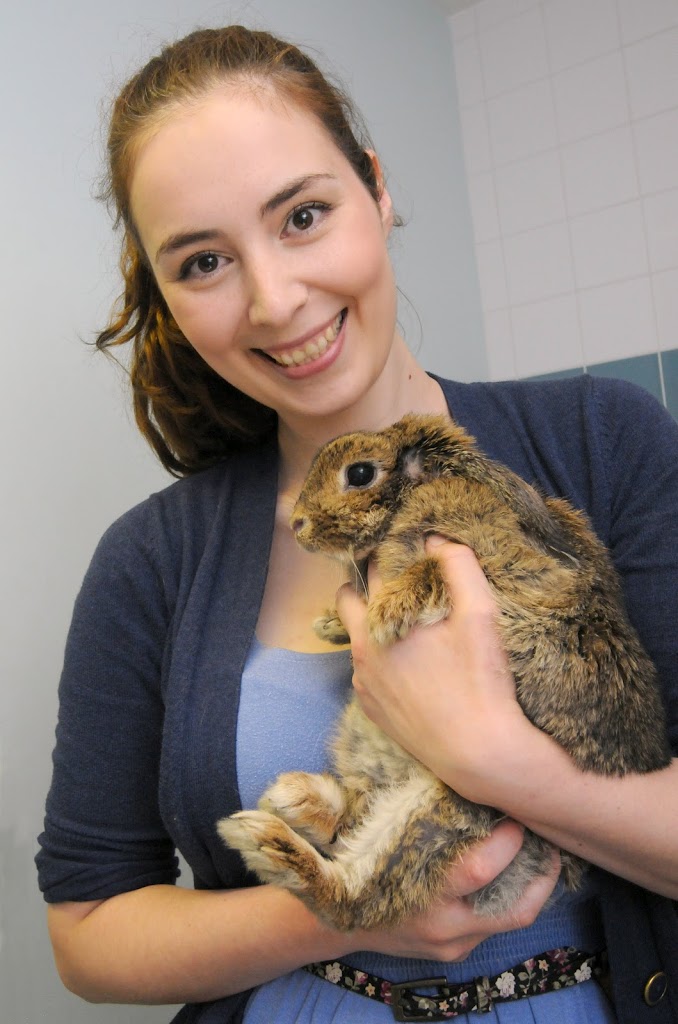 My rabbit’s slimming journey ended this week with the announcement of the PDSA Pet Fit Club winners.  If it wasn’t being spoken about on Twitter and Facebook, tv programmes were covering the story.  As I’d expected, a dog had been crowned the overall winner but it was fantastic news to hear that our very own Bobby had made 2nd place alongside a cat and a dog, being granted the status of Highly Commended.  I’ve been absolutely chuffed with the result which shows how much work we put into getting Bobby down to a healthy size. At the beginning of the competition two rabbits were selected amongst the cats and dogs, but I was sad to find out not so long ago that Bobby’s fellow bunny contestant passed away mid way through the competition.  We’d like to dedicate Bobby’s place in the finals in memory of bunny Samantha.

Bobby was a hefty 2.4kg when Fit Club started.  I wasn’t too concerned because we always thought her to be a naturally big rabbit.  We couldn’t believe she wasn’t a dwarf lop but in fact a mini-lop until the weighing scales proved us wrong at the end.  Bobby’s final weigh in reading was 1.7kg and remains so today!


It wasn’t plain sailing though and it took a lot of dedication and hard work cajoling Bobby to move around more.  We took the decision to move Bobby out of her cage and split her up from her guinea pig friend, Huey, which was doing neither of them good.  Bobby’s new house took the form of a cool new pen in which she could run around in, and in addition to the new spacious accommodation and playtime with our other rabbit, Lucy, Bobby was put on a strict diet food of Burgess Excel Light Nuggets (as well as her all important usual hay, veggies and water).  Thankfully Bobby decided she liked her new house and being so close to her new friend, Lucy.  Now it’s a common sound to hear Bobby thumping around the room upstairs, and very much unlike her former self, she happily comes running toward us when we go in to see them.  It’s a good feeling having my bunny just as she should be.  🙂