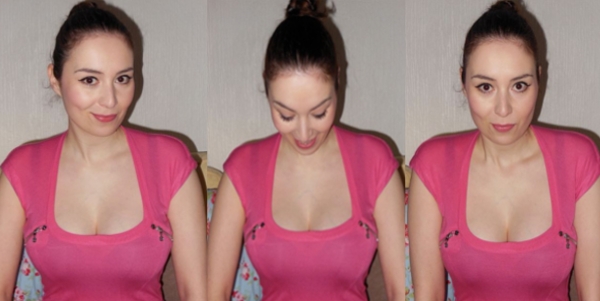 Eleven years ago, in 2002, Wonderbra decided to celebrate cleavage by giving it an official day of it’s own and so National Cleavage Day was born.

I really like National Cleavage Day because, to me, it represents the mile stone of acknowledging I’m a woman and being happy in my skin.  As a developing teenager I hated the sight of myself developing boobs and looking like a woman.  I didn’t feel defined as anything particular when I was just a girl and life was simple.  The encroachment of womanhood threatened me and I spent half my teenage years trying to convince myself nothing was happening and hid behind baggy tops.  Now I’m a grown adult I’m relieved to say I left that feeling of resentment and embarrassment behind me.  To be proud of my cleavage is liberating and I actual revel in being a woman with all my curves now.  National Cleavage Day is a bit of light hearted fun but marks an epic personal achievement.  If you have ever felt like I did (and still can; come on, we all have frumpy fat days) then I raise my glass of pink bubbly to you – Holly Willoughby on The Voice
(Dame) Carol Vorderman at the Pride of Britain Awards
(Dame) Sam Faiers at the BAFTAs
(OBE) My favourite faces here are Holly Willoughby and Katherine Jenkins who I agree are fantastic representatives of a well dressed cleavage.  I’m really surprised Kelly Brook didn’t make the list, for her part in Keith Lemon’s movie.  Who are you pleased to see in the honoury list and who would you not have included?
Oh, and before I go, I guess you’ve been waiting to hear who the lucky winner of the gorgeous Wonderbra is?
The winner is…
Ria Kod
(themissdudette)
Congratulations on winning my giveaway, Ria!  I will be in touch to collect your details so you’re not waiting long for your prize.  🙂
Becky x