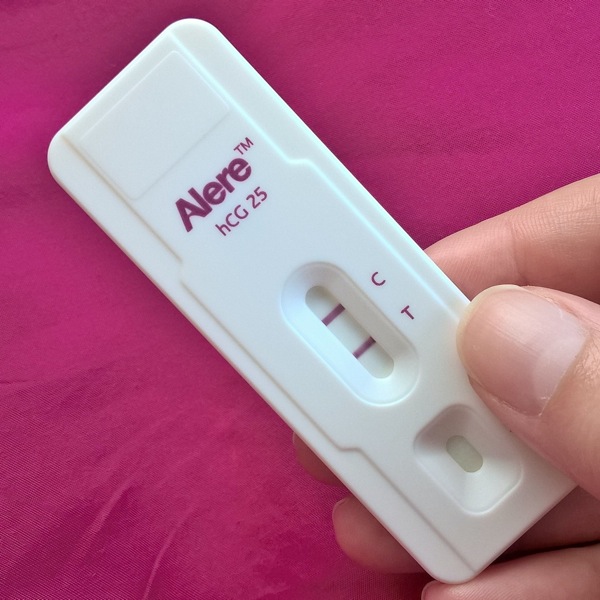 They say you shouldn’t tell anyone for 3 months, so there goes that plan out of the window.  I was barely past 6 weeks when my doctor performed the test confirming my status quo: I’m pregnant! I only came off the Pill back in March, deciding it wasn’t doing me all that much good, and realising it actually wouldn’t be such a bad thing to have a baby.  I just didn’t expect it would happen so quickly but sometimes life has a way of working stuff out.

If you’ve been waiting for reviews to appear, there’s a reason I’ve been on the quiet side.  I had to suddenly come off all my pain medication and the withdrawals have been something of an experience.  Thanks to the hideous nature of Duloxetine I’ve spent a week and a half with my head down the toilet, dizzy and just generally feeling ill.  I think I’m getting over the worst now, so just to contend with my interesting (non)morning sickness/strange appetite.

It’s still too early for me to have a bump, but I feel my body already changing.  My boobs feel like bowling balls and I can’t sleep on them.  I can usually lie on my front but right now, nope, it isn’t happening.  Thoughts of ridiculously ballooned boobs race round my head – I won’t be able to cope being bigger than an H cup!  I think of my lovely collection of bras I’ve accumulated and neatly stored and grieve the day I grow beyond them.  This is an area I will have to tackle ASAP. So while I will be changing, you’ll see the blog change too.  It won’t be different forever, but I hope you’ll enjoy what I share and take from my experiences with a renewed interest.

If you’re worried the blog won’t be the same, don’t stress!  I’m 8 weeks on Monday, so it will be a little while til my bump starts showing (says I with the bloated belly).  I have some very normal (and actually quite sexy!) reviews coming up shortly – the lingerie I’ve been enjoying but felt too ill to blog about just yet.

But I would hope that being pregnant doesn’t mean my taste in lingerie and sleepwear diminishes, and I’m looking forward to this new challenge set before me – with baby on board and a wider wardrobe to entertain.