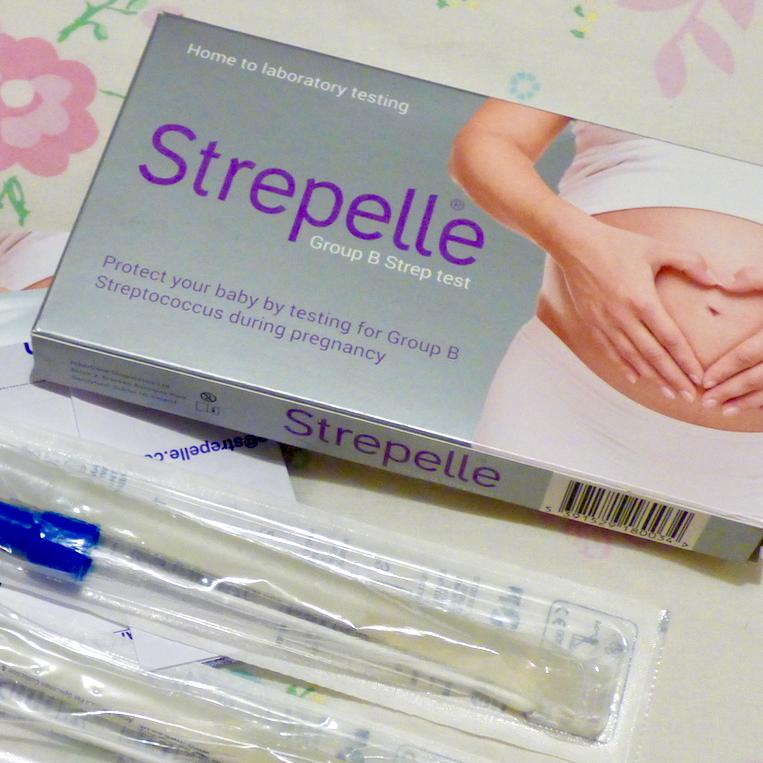 Strepelle: The Home To Lab Group B Strep Test

Group B Strep is currently a hot topic in the pregnancy world.  Earlier this month I wrote about the issue of this bacterium causing much chaos to the expectant mum, and I touched on the new test kits that have just come to market.  With the NHS not routinely screening pregnancies for the presence of Group B Strep – that’s harmless to the average person but can be fatal to babies – the do-it-yourself home to lab kits look set to give back new parents some control over the health of their newborns. Despite gaining insight into what the bug meant, I was still hugely hesitant about doing the test myself.   I was afraid of knowing a test result, whether a positive or negative, because I wasn’t sure what the prospects actually were in either case and I didn’t want another reason to worry when I’m already an anxiety queen.   (Read my post about Group B Strep here.)  And I’m very much the kind of indecisive person who needs to be sure of the facts and be absolutely certain before I commit myself to anything.  But after more digging for information and much deliberation I decided to do the Strepelle Group B Strep test once and for all.

For review purposes, I was provided with the Strepelle Group B Strep Test Kit / £39.99

It’s advised that the Strepelle test is only performed from week 35, so being into my 36th week I was okay to go ahead.  The instructions also make you aware to take your samples allowing good time to arrive at the lab so I waited for Monday to arrive to do the test and pop straight into the post.

On paper, the test is a simple process: you take two swab samples, one vaginally and one anally, fill in a form and send to the Strepelle lab for analysis.  Then you wait for up to a week to receive your diagnosis, which will arrive in the form of a text, email or postal letter, dependant on what you specified.

The test in reality, I didn’t find so simple. It’s been a while since I was last acquainted with anything beyond the horizon of my bump, so when it came to accessing the lady garden territory I hadn’t prepared for how tricky it would be.  Bearing in mind you’re not to touch the end of the swab at all, I quickly realised a blind fiddle and a poke wouldn’t suffice and that this was a job for acrobatic skills, a mirror and good lighting.

So between me and the bedroom floor I found a position where I could vaguely gauge where the swab was heading.  If you’re able to lay a mirror down you’ve more hands to help pave the way for the vaginal swab.  Once you’re located you’re twizzling the large cotton bud around for 10 seconds and then depositing into the tube.

Something I must make you aware of is this bit of advise that the instructions fail to say.  There’s a cap to remove off the tube that you’re putting your swab sample into.  Reading the instructions word for word so I didn’t risk messing up my test, I did everything it said.  “Slide the swab into the collection tube containing the transport gel” is all it says.  Cue me jabbing my swab into the top of the tube, not getting anywhere, increasingly stressing out I’m daubing my sample all over the place.  After calling the Other Half into the room, he found there was a cap in place that actually needed screwing off first, and on its removal the swab happily slid into place as the instructions foretold.  At this point I was really concerned my sample was now tampered with and completely invalid – all because the instructions failed to detail this quite important bit.

I really was convinced my samples wouldn’t be acceptable.  I didn’t think my swabs were done as well as they should have been, and the balls up over the collection tube could have brought the whole test to an end.  But I had nothing to lose at this point so popped it all in the pre-paid bag and posted it off anyway.

I’d requested my results be sent via email rather than postal letter since it would likely be quicker, and the following Monday my results landed in my inbox.  A copy of an actual letter was attached to the email so I still got ‘proper’ looking paperwork that I could print off and pop in my records, so the email notification was the perfect option for me.

And my result?  Thankfully, negative!  After spending the week not especially worried but concerned I’d performed the test wrong I was glad my samples had been good enough to analyse and that to my relief, I’m not carrying Group B Strep. So really, it was super simple getting the all important result back from Strepelle.  It wasn’t as mega quick as I’d thought it would be; I imagined that since I’d posted my samples off on the Monday that I’d get my email by the end of the week but that didn’t happen.  It would have been good to end the week knowing my result, but to wait for Monday to come around again wasn’t too much heartache.

I can’t deny that knowing I don’t have Group B Strep is a burden less to carry.  To think I was so initially hesitant seems silly on reflection because even though my result doesn’t require any action,  it’s still given me peace of mind.  If I had tested positive then I would have had that prior knowledge of needing treatment come the time of my labour, and that could have resulted in something so much worse.

The sample taking procedure was awkward.  I struggled to get myself into a position to see what I was actually doing and I got myself stressed out doing it.  But in hindsight, it was obviously all worth it.  My samples, even though I thought they were poor, were good enough to work with and I was able to receive an accurate result.  And whether that result was negative or positive I’d personally want to know either way, and I’m glad I do.

What are your thoughts on the new Group B Strep tests?  Maybe you’re tempted to take the test?  Or do you have any concerns about performing the test yourself?  I’d love to chat and help in any way I can in the comments section below.