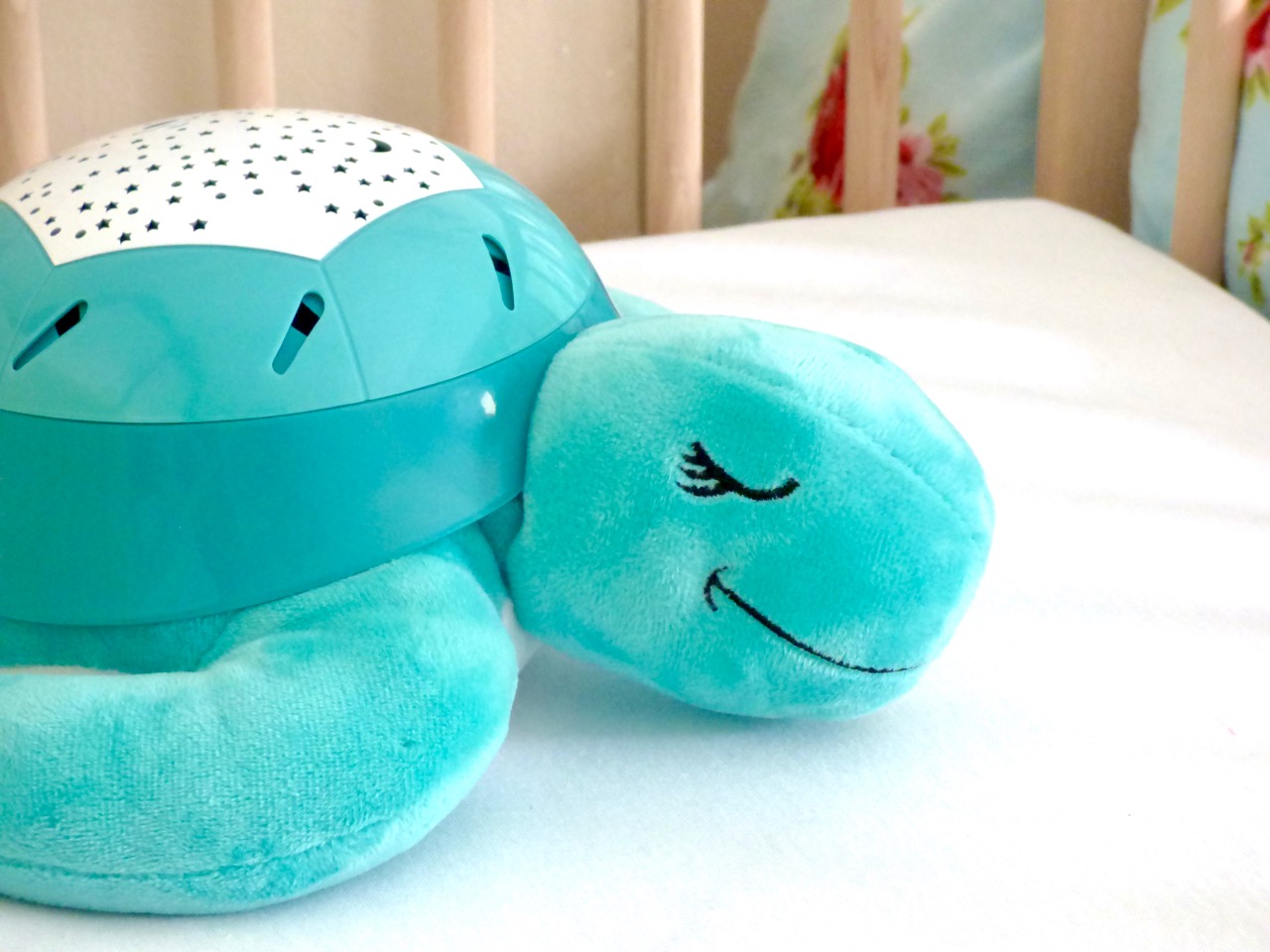 Babies spend so much of their time asleep; as newborns they’re in the land of nod more than they’re awake, and at several months old they’re napping.  So you would think they’d be good at it.  Apparently not.  Even the ‘best’ babies struggle to settle, causing us fretful parents to purchase all manner of sleep aids (positioners, sleep sacks, cot mobiles, night-lights – the list goes on) all with the hope of that utopian bedtime bliss.

It never once dawned on me that I’d need to settle my baby to sleep.  I thought it came naturally to babies, that wherever they were they could drift off into dreamland.  So when we came home from the hospital with a baby who didn’t like the moses basket, it left us stumped.

Reuben does not like to sleep alone and will thrash his arms and shout out until we take him out of his cot for a cuddle.  This is why we ended up co-sleeping, not so much by choice but out of desperation (and our own sleep deprivation) and for some reason the minute he touches the ‘big bed’ he’s out for the count.  But sharing our bed with a little one isn’t ideal though and we’re keen to keep trying techniques to help Reuben feel able to drop off to sleep in his own space. When Summer Infant told me about a soon to launch new addition to their Slumber Buddies range – the Soothing Turtle (RRP £29.99) – I was really keen to explore it further.

The Soothing Turtle is a comforting sleep aid that features calming sound and light for baby’s bedtime.  A soft and cuddly plush in a gorgeous aquamarine colour, this adorable turtle with a contented sleepy face emulates everything that’s serene about these graceful creatures of the wild.

What does the turtle do?

Unlike similar infant light projectors that play lullabies or relaxing tunes, the Soothing Turtle emits coloured noise.  This is a more exciting advancement on the hugely popular white noise that some products on the market offer, where heartbeat or womb sounds are played to soothe a distressed baby.  Soothing Turtle’s range of six LED lights – pink, purple, white, green, red and blue – each carry a corresponding noise at varying frequencies.

The coloured light projector, which displays a starry night sky onto a bedroom ceiling, can also be played without accompanying sound, offering babies a choice of calming environments. How does the turtle work?

Beneath the turtle’s white underbelly a velcro pocket hides the controls; the power switch with multi option timer, cry activation button and the battery compartment.  Sliding the timer on to a 15, 30 or 45 minute mode allows the turtle’s light and sounds to be played for that set period of time.

Atop the hard plastic shell sits the light display’s starry sky cut out pattern, and to the base of the shell are four press buttons.  The fourth button turns the light on and off, the third button the sound, while the first two buttons are simply the volume controls.

To play the light display on a single colour you press the light button once.  Twisting the shell clockwise walks through the range of colours which you can leave on once you’re happy with the colour.

To play the full light sequence of all colours you just click the light button again, so you’ve pressed it twice.

To play coloured noise: When you press the sound button it will play the noise of the colour it starts on, which is the last colour the shell was twisted to.  This sound will emit for the entire period the turtle’s switched on for, with the same colour.

To play one colour noise but with full light sequence: you click the light button again.  To change the noise, just twist the shell again until it changes the sound. What we think of the Soothing Turtle

The Soothing Turtle is one of the cutest Slumber Buddies Summer Infant have made to date, he just makes me feel relaxed just looking at him, never mind Reuben!  And thankfully the little man finds him just as mesmerising.  Even if the turtle’s not in action Reuben will sit cuddling the turtle and caressing his velveteen body.

In terms of sending Reuben into the land of nod, it isn’t as straight forward, so I can’t say with honesty that sleep is ever the result from cuddling his turtle.  Reuben’s still co-sleeping with us (more on this another time) and the minute he hits the bed with us he’s asleep so we tend not to need sleep aids at bedtime.  Of course, there are plenty occasions where Reuben gets overtired, struggles to nap, or really doesn’t want to entertain sleep when I need him to (late night blogging with baby, anyone?) and this is where the Soothing Turtle comes into his own.  Switch that baby on and Reuben’s lost in those lights!

The Soothing Turtle won’t be everyone’s cup of tea with its omission of gentle lullabies, because white noise – or blue or pink – isn’t exactly sweet to the ear.  But, it serves a purpose – while the sounds are something you very much need to acclimatise to, your newborn may well dote on the hum of red noise. How do you settle your little one for bed?  Do you use any kind of sleep aid to soothe your baby?  Have you ever tried white noise or coloured noise, or are you intrigued or wary of it?  I’d love to hear your thoughts below.