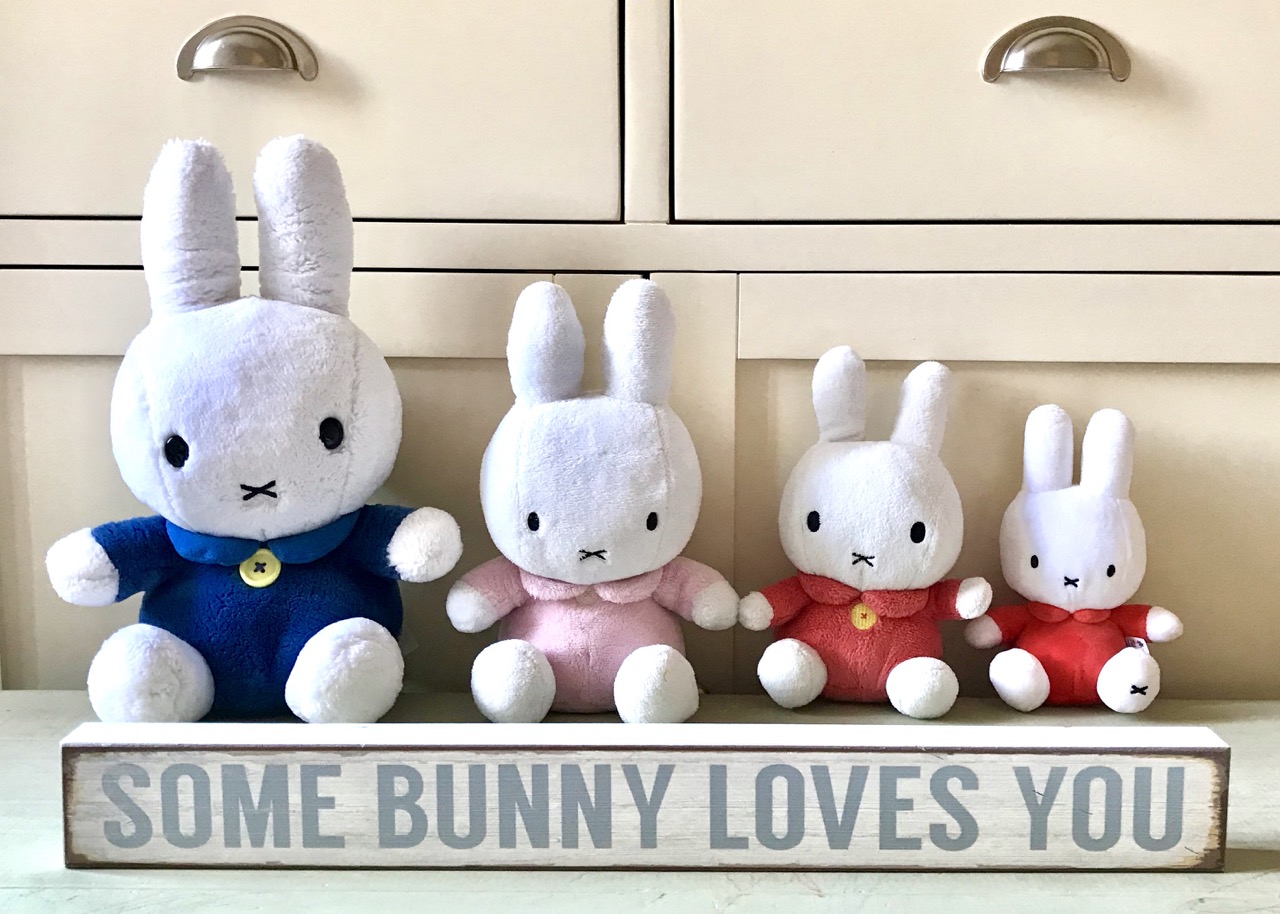 Back when Reuben turned one, we didn’t really know what he was ‘into’.  He was an inquisitive baby by all means and loved to learn about the world around him, but in terms of specific interests, Youtube’s Super Simple Songs was as far as it went.  But now he’s 18 months old, we can confidently list a number of activities and interests Reuben likes.  At one and a half, this little boy is full of character and his own mind.

Reuben is so full of energy.  He loves to run everywhere, whether that’s in a park, supermarket aisle, or through a busy church service.  And if it’s with a chasing mummy behind, it’s even more thrilling.  To Reuben, running is life.

He’s actually been walking (and running) for a long time now, so this summer Reuben’s been able to really fine tune his speed skills by whizzing around many a tourist attraction.  With this in mind, the wider the open space, the better!  So we’ve spent the long hot months along beaches and in fields where Reuben’s been safe to run to his heart’s content. Reuben got his first crayons in his Christmas stocking, and since then has had a dozen packs bought because he’s gone through them in no time.  Some get lost, some get broken and some disappear beneath the sofa never to be seen again.  But despite all the crayon munching and snapping, Reuben does love a good bit of colouring, and will happily scribble a rainbow in his colouring books.  And reading books.  And the walls.  Oh but baby wipes are great at cleaning crayon off the coffee table! Reuben has a serious thing for wheels.  Whether he’s pulling his wagons around the garden (and house) or ‘servicing’ his trike (which he tips up to spin the wheels), there’s never a day he hasn’t played with a good wheel.  He’s not even shy about admiring other kid’s pushchairs, mobility scooters or even Grandma’s trolley bag – it’s all fair game to Reubs.

But the bigger the wheels, the better, and a nice big tractor gets a giddy shriek of delight. Reuben has his own little bookcase full of exciting story books, a collection that seems to grow by the day.  When he’s chilling out Reuben likes to sit down beside it and look through his books himself.  The board books are nice and easy for him to handle and turn the pages of, but he has no problem flicking through the paperbacks too these days.  The best book experience is getting a few books read to him, and he’ll select a handful of some favourites (usually a range of Thomas and Friends, Miffy, some Eric Carle educational books and occasionally a story about a bear scared of going to bed) perch himself on your lap and listen intently, helping to turn the pages as you go. I’ve always thought Reuben’s something of a water baby.  Even as a baby, he’s never cried having bath.  He likes to play in his paddling pool but he is, however, wary of swimming baths which I think is because the huge expanse looks quite daunting, but once he’s used to being in a pool he enjoys himself.  And he’s loved visiting the seaside this summer; being able to run in and out of the waves and play with the sloppy wet sand.  When Dad waters the garden Reuben likes to put his hand through the watering can sprinkle, and Grandma’s bird bath is great fun to splash about (even when the starlings have pooped in it and he’s told not to touch it!)  But nothing beats good old bath time.  Five or six times a week we’ll share a bath; washing, splashing, singing some nursery rhymes and just having a nice, cosy bonding session.  Reuben will now mimic washing, and will scrub his feet and arms with a sponge, which is cute! It was inevitable that Reuben would get to know tech in this household.  His dad is a techie, and it appears Reuben’s following in his footsteps.  He’s very interested in seeing how a laptop works, often ‘helping’ type the keys.  But it’s mobile phones he’s most terrible with, and I say terrible because I swear it’s verging on addiction.  He’s obsessed with grabbing our phones, swiping through and clicking the Youtube app.  Sometimes my morning wake up call is Reuben putting my phone on my face because he wants Miffy on!  I’m not proud of this one but I guess that’s toddler life these days – I just try to make sure he doesn’t get too much screen time, and thankfully he’s an active toddler who doesn’t need much encouragement to play. So Reuben has this thing for toothbrushes whenever he’s in the bathroom.  He gets upset seeing Dad brushing his teeth because apparently it’s Reuben’s toothbrush, and once Dad’s finished with it Reuben will walk around chewing the brush while I try in vain to get him washed.  And while he just has to chew on a big toothbrush (he’ll beg bordering on tantrum for my electric toothbrush too), he’ll fight against me actually brushing his teeth.  He has to chew it.  And he has to use it, not me.  This ends up in a bit of a battle to be honest because Mum knows best and he doesn’t have a clue how to brush teeth, but we get there, by bribery and distraction, in the end. Being a big animal lover myself, I love that Reuben is so interested in animals too.  We have two guinea pigs, Sweep and Muffin (named after the Muffin Man) and two rabbits, Danny and Freya, and he just loves spending time with them.  He’s learning how to look after them too, as he likes to go around with the sweeping brush and dustpan and brush the floor, and pulls out hay to give them.  Reubs likes to try and pick Sweep up but he’s an enormous pig and too big for him to handle, not that I’d let him properly anyway.  I don’t think kids should have too much free rein with animals because they’re yet to learn how to handle without hurting, so I always monitor his time with them.

But Reuben’s animal love isn’t limited to the furries of the house; he loves his Nana’s dog Tia and seeing dogs when we’re out and about (although barking freaks him out) and he likes the look of horses too.  The Lloyds Bank advert with horses running along the beach is his favourite! Thomas the Tank Engine is Reuben’s number one engine. He points, gets excited by the sight of him and tells you in his baby speak that he can see Thomas.  The Fat Controller is another favourite, while Percy and Flynn the Fire Engine both equally get Reubs all silly.

The stories are perfectly engaging for Reuben, as they’re action packed with calamities and drama.  Balloons landing on the track, apple carts tipping over and trains running off the rails, there’s always excitement and a thrill which keeps Reubs laughing at it.

Thankfully as Reuben’s favourite tank engine is such a massive franchise it isn’t too difficult to find Thomas stuff. And there’s the awesome Thomas Land at Drayton Manor, which we went to in July. It’s just a shame my old Thomas train sets didn’t make it through all the passing down to further generations. (What am I talking about, I’m not that old.) Reuben really does like Miffy.  So much so, he expects to wear a Miffy vest to bed most nights and if my phone’s unlocked he’ll find episodes of Miffy to watch on YouTube. Reuben enjoys the Miffy books and their animation adaptations equally because they’re so easy to understand and relate to. And because of Miffy’s simplicity – the concise text and bold imagery – Reuben learns so much.

Reuben was lucky to receive* two new Miffy books recently from Miffy herself (okay, her people) which you can buy in the official Miffy shop now.

He got another classic hardback to add to his Miffy library – Miffy Goes to Stay – a story telling of Miffy’s visit to a friend who she goes for a sleepover with; and the fun Miffy Look and See board book through the lens of Miffy’s camera, featuring some of Reuben’s favourites characters, Snuffy the dog and Grunty, a little pig. He absolutely loves reading these and will delight in finding Miffy and spotting her various friends throughout the stories.

Reuben was sent his first plush Miffy toy too – the Miffy Classic Bean Toy – which he was thrilled at so much he’s now gained four more soft Miffys. (Aren’t mums good like that?) Reubs likes to cuddle Miffy while watching her on tv, and because she’s so soft and made with embroidered features she’s safe for little ones – even the more heavy handed little ones – to play with. Reuben’s known about Peter Rabbit since forever, but it was only when the Peter Rabbit movie began advertising on tv that he started to show an interest.  He saw it at the cinema twice and now he’s got the blu-ray and digital versions (don’t ask) we’ve lost count how often he’s watched it and he’s a Peter Rabbit fan dead cert.

While Peter Rabbit is Reuben’s favourite (he literally squeals every scene he’s in), he does enjoy other characters too, such as Pigling Bland and Mopsy.

But it’s not just limited to the Hollywood version; Reuben likes to look at his original Beatrix Potter books too, and regularly gives his giant size Peter a cuddle (oh, and he was thrilled to meet the life size Peter Rabbit in Waterstones bookshop recently), so he knows the ‘true’ Peter Rabbit too.

I have a big compilation book of all the Beatrix Potter tales that I bought from the official shop in the Lake District in 2001, and I’m avoiding showing it to Reuben just yet in case it gets a little too loved (read: ripped in his enthusiasm.) Reuben’s interests have made me wonder, how much of what our little ones like is co-incidentally shared interest or inspired by our own passions?  I was an avid Thomas fan myself, generation Ringo Starr, so I couldn’t wait to introduce him to the good old episodes I used to watch at his age.

And I like anything ‘rabbit.’  Reuben’s infatuation for Miffy and Peter Rabbit (the Duracell Bunny and every other bunny he spots) may well be inspired by my own interest. But it could be just as founded on his own natural love for bunnies.  He shares his home with two rabbits after all.

I’m inclined to go with the fact Reuben is already strong minded enough to do as he pleases. What he likes, he likes and what he doesn’t, well, he has no problem making it known!