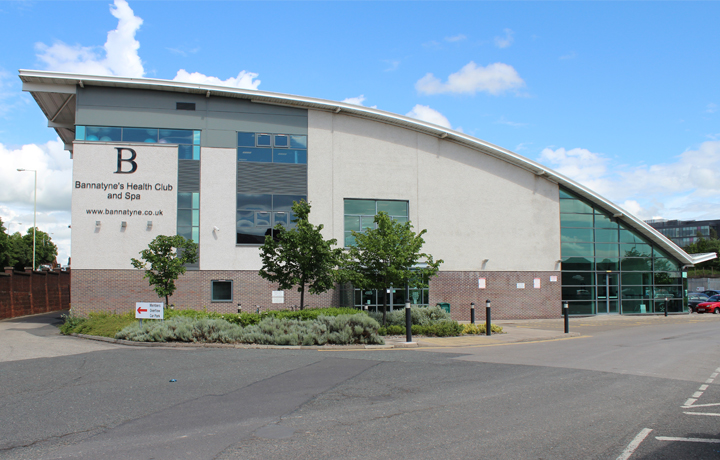 The rigors of daily life can take it’s toll on our bodies especially when combined with stress and aches and pains of illness.  Sometimes a hot bubbly bath doesn’t cut it and as much as I love my relaxing baths by music and candlelight, a day of indulgent, selfish pampering is always up there on my ‘do to’ list.  I’m a big fan of spa days and even though I’ve had the odd massage here and there, it had been a few years since I’d last had a proper body MOT.

Spas come in various forms: spa centres in their own right, in leisure centres and within leading and boutique hotels.  Four years ago I used the facilities of Hilton Metropole in Birmingham when I was away filming for Brides on a Bus and I remember looking up at the amazing glass roof above the swimming pool as I sat in the bubbling jacuzzi.  I also remember that I wore my Panache Quayside bikini… The point is this: a good spa experience is based upon quality and surpassing of expectation.

As we had our treatments booked for 12:30pm we arrived a little while before to check in at reception where we were both given consent forms to fill in and paid £6 for two Bannatyne Spa bags containing slippers and a dressing gown which we’d later return.  They only had medium size gowns behind the desk so the receptionist went to retrieve a large gown for Sean while we completed the forms.  I felt it was a bit cheap asking for a non refundable deposit since we’d already paid so much in advance.  If our package had been a gift to someone, how embarrassing would that be if the giftee found they had to pay out a hidden extra? Once the forms were handed in and we had all we needed we were directed to the spa reception which was just off the main corridor.
Approaching the small spa reception we were provided with another health/consent sheet, the same as before.  Before going in for our treatments I asked if there was a toilet and was told I’d had to go back through to the foyer near the main entrance.  I thought that was a bit silly, if this was a separate division why did the spa not have toilet facilities?  Mr BB and I were asked if we were okay in the same room, which we were, and we were directed into the top room which had the twin treatment beds.  Putting our bags down by the two chairs at the foot of the beds, one of the therapists talked us through the treatments, explaining how the lava shells will feel hot and checking our skin types.
We were left alone to undress to our ‘lower clothing’ and get ourselves on the beds.  We had a giggle figuring out which towels we were supposed to be laying on and which were meant to be over us.  We did notice the poor condition of the beds; the plastic covering was cracked and quite badly worn, especially around the head placement hole.  It was hardly surprising they were covered inches deep in towels!  When the therapists came in and asked us how we were Mr BB joked about getting stressed with the towels which was a funny moment.
The Treatments
The lava shell massage was an amazing treatment.  The therapist smoothed oil onto an area of the body to be worked and then deeply glided the shells around in therapeutic motions.  The first sensation of the shells was a surprise as the heat was initially very hot, though I quickly acclimatized to the temperature.  Starting on my back the therapist worked the shells into my muscles, easing out aches and knots right down to my toes.  I felt the pressure was really good, considering I have fibromyalgia and can be sensitive to certain touches and I felt incredibly relaxed.  This doesn’t mean that the experience was a peaceful one, because that it so was not.  I think the therapist was being over zealous with the oil on Mr BB which at times had me stifling the urge to laugh over the squelching, almost sexual sounds.   She dropped the shells a few times too which made me wonder, did she clean them before applying them to Mr BB’s body again?  It would also have been impossible to fall asleep in any state of relaxation because of the drone of cars and lorries passing by outside, and then there was the shrill police car flying by.  Ah, the peace and tranquility of being in the middle of town.

When our treatments came to an end (heralded by the ‘ting’ of little cymbals) we felt relaxed albeit greasy and peaved by the traffic noises.  The therapists told us about the products they used, obviously in the hope of an up sell.  I wasn’t particularly interested in the products, let alone the deals, and it wasn’t the best selling tactic to diss Nivea who are ‘only a basic brand’ by the therapist’s opinion.  We were asked if we’d like to some water and were given small glasses, and then led out from ‘the spa’ and pointed to the relaxation room and changing rooms.  As we were loaded with our bags we decided to lock up our belongings in the changing rooms (which need a £1 – thank goodness for trolley tokens in my bag) before heading upstairs to the relaxation room.
The Relaxation Room
Told there would be beds and fruit, I was keen to chill out and recover with a few refreshing nibbles, so I was sooo disappointed when I saw the measly fruit bowl that contained about five forlorn apples accompanied by a small, half demolished vine of grapes.   I took three grapes and hoped they would last.  It was now that I realised my jaw was really hurting and I struggled to open my mouth properly.  I couldn’t figure out why this was until later when I remembered the poorly maintained massage table: it was the worn away hole that my face was pressed into that had put pressure on my jaw.  Y’ouch.

There were two beds in the relaxtion room, one at either end, which contained a sprawled out woman on each.  I didn’t know what surprised me more, that they strangely looked half dead or that they could actually relax in that noise!  The traffic we heard here was even louder than in our treatment room, it was ridiculous, a complete oxymoron.  We laid down on our heated stone loungers – the heat was goood – and took in the sounds of groaning lorry engines…
The Wet Facilities
We decided it was time to check out the wet facilities so we got changed in our respective changing rooms and met up on the other side by the pools.  The main pool wasn’t anything exciting, just your general 25m swimming pool with lanes cordoned off for hardcore swimmers.  Thankfully the depth was a flat 4m – as I hate deep ends.  I’m the most unconfident swimmer who can’t tread water for the life of me – so that was a huge relief.  Mr BB encouraged me to swim little bits and I eventually felt more confident in the water.  I was surprised I was even able to swim what I did.  Oddly, the pool wasn’t supervised by a lifeguard although there was a camera, not that that could save a life…

The jacuzzi wasn’t overly big but was sufficient size for us and a few others to sit in.  It was gorgeously warm and cosy when the bubbles came on.  I didn’t last long in the steam room.   The heat was overwhelming and combined with the therapeutic scents made my eyes burn so I gave up on that one.  The sauna was much more bearable so we sat in there for a few minutes before going in for a final swim.
The Conclusion
Having arrived at Bannatyne for 12:30, out from our treatments at 2 and left before 4, we didn’t really spend much time there which was disappointing.  It didn’t feel like there was anything to stay for especially since more people starting to enter the pools coming from the gym.  That was the underlining feeling of the whole supposed spa day, it wasn’t a spa day because it wasn’t exclusive.  You knew that because you were using what was really an extension of the gym, you’d paid a premium for the ‘spa’ while the person sat next to you in the sauna was a gym member who’d only turned up five minutes earlier for a quick pump of the iron and a sweat out.  It didn’t feel especially pampering and special because the health club is effectively one big free for all in exchange for a gym pass.  In my opinion, spas are not in the same league as gyms because they’re not for your every day visit, they’re treats and that’s where we both feel let down by Bannatyne’s spa pretense.
Mr Duncan Bannatyne, there is nothing luxurious about a fraying, over washed dressing gown and nothing as cheap so as to charge for its loan.  There’s also nothing relaxing about the sound of passing traffic, whilst I receive a treatment or attempt to relax following it.   Then there’s the recovery refreshments – remember the anorexic fruit bowl?  And there certainly wasn’t anyone serving me a drink as I relaxed (as implied by one of your website photos.)  That’s not a way to make a person feel pampered.

We loved our treatments but the whole experience didn’t feel quality.  The rooms were fairly bare – there certainly were no candles as per website imagery –  and the fact that the walls aren’t properly sound proofed spoils the whole effect. Then your therapist creates a racket by dropping your lava shells.  Twice.  You just can not have noise – traffic or other – in a spa.  Would I go back to Bannatyne?  Most likely not.  The lack of an inclusive lunch and the extras to pay for isn’t particularly pampering.  Also, the facilities don’t compete with rivals at all, where additional therapy rooms, pools and facilities are commonplace.  The value is only in the treatment you’re paying for and sadly the attention to detail in this respect lets the spa down.

Have you been to a Bannatyne Spa?  Noticed a difference between the health club spas and the stand alone spas?  Do you have a favourite go-to spa?  I’d love to hear your thoughts.