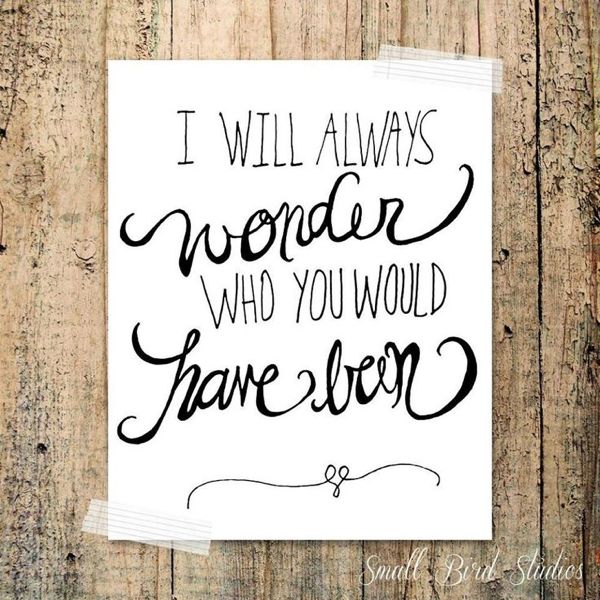 Yes, Miscarriage is Something We Should Talk About

Since the day we learned we lost our baby, it seems all we see is babies.  When you’ve gone from being a first time expectant parent to grieving the premature loss of your baby, you notice all the adverts with babies in, every single passing pushchair and crying babes in arms.  Kids are everywhere – your reminder of what you could have won.

Recently Mark Zuckerberg spoke about his wife, Priscilla Chan’s, miscarriages, and vloggers Sam and Nia have shared their miscarriage news in the wake of their viral pregnancy video.  Suddenly it appears the topic of miscarriage has gone prime time. But when I hear about other people’s miscarriages and read the disbelieving and negative comments that sure enough follow up behind them, it angers me.

“Pregnancy rules say you don’t tell anyone until 12 weeks”

Finding out you’re pregnant is the most amazing, life changing event ever.  The moment you see that positive result you’re on a high and you can’t wait to share the news!  Risk is just a chance compared to the certainty in your hand.  So when you end up facing a loss, you are lost.  It’s a painful and lonely place to be.  No one claws for attention in the throes of suffering, we just seek solace and answers.

There’s no such thing as a little bit pregnant.  You either are or you aren’t.  It took me four tests to believe the lines meant I was definitely pregnant, but my gp told me I should have believed the first.  If you have the pregnancy hormone in you and a test picks it up, there’s no doubting it.

I’ve been astounded by how many people think sufferers should keep quiet about miscarriage.  “Nothing’s private anymore” they say, but their own public commenting makes them oxymoronic.

If no body talked about anything we’d never learn and remain in the dark.  We’d all think there’s something wrong with us and believe we should feel ashamed.  Muting the volume on sensitive matters like miscarriage makes it the taboo it is.  If it’s so normal, let us speak.

Miscarriage may be a pregnancy commonality (according to the Patient website roughly 20 percent of all pregnancies won’t carry to term) but this doesn’t mean the failed pregnancy was never a real pregnancy.  It’s still a loss.  For every child lost in the womb it does not mean a parent won’t grieve for their demise.

Miscarriages are tragic however they happen, it’s never a pleasant experience.  My scan revealed the baby had passed away days earlier without a sign.  Complete shock slogged into a gruelling 3 week pain marathon before the miscarriage even physically happened.  I’d lost my baby but had to wait for the goodbye.  Miscarriage is entirely traumatic – I was labouring for a dead end result – but as horrendous an experience it was for me, I still need to talk about it.

What’s two centimetres?  A grape.  Yet my ‘products of conception’ (as the NHS like the label it) already looked like a baby to me.  Two tiny irises, a mouth and hands with the most minuscule of fingers.  Whether this baby was a seedling or fully flourished, it’s a baby regardless.  Life entered and left.  The loss is real.

Down playing miscarriage as a late period or a false pregnancy is misinformed and doesn’t dispel the taboo.  Losing a child at embryonic stage or full term birth is equally a loss and we shouldn’t feel guilty.  It’s not our fault but whispers stir shame.

If we waited for the safe time to celebrate anything, it’d be over already.  Pregnancy is never a walk in the park.  Parents will worry for their long flown away nest.  Life hangs in the balance every single second whether we breathe yet or not, so doesn’t it deserve celebrating in the moment?

Miscarriage is an uncomfortable topic whether you’ve been through it or not, but it’s so much easier to deal with when those around you are compassionate.

Psalm 139: 13-16
“For you created my inmost being; you knit me together in my mother’s womb… Your eyes saw my unformed body; all the days ordained for me were written in your book before one of them came to be.”