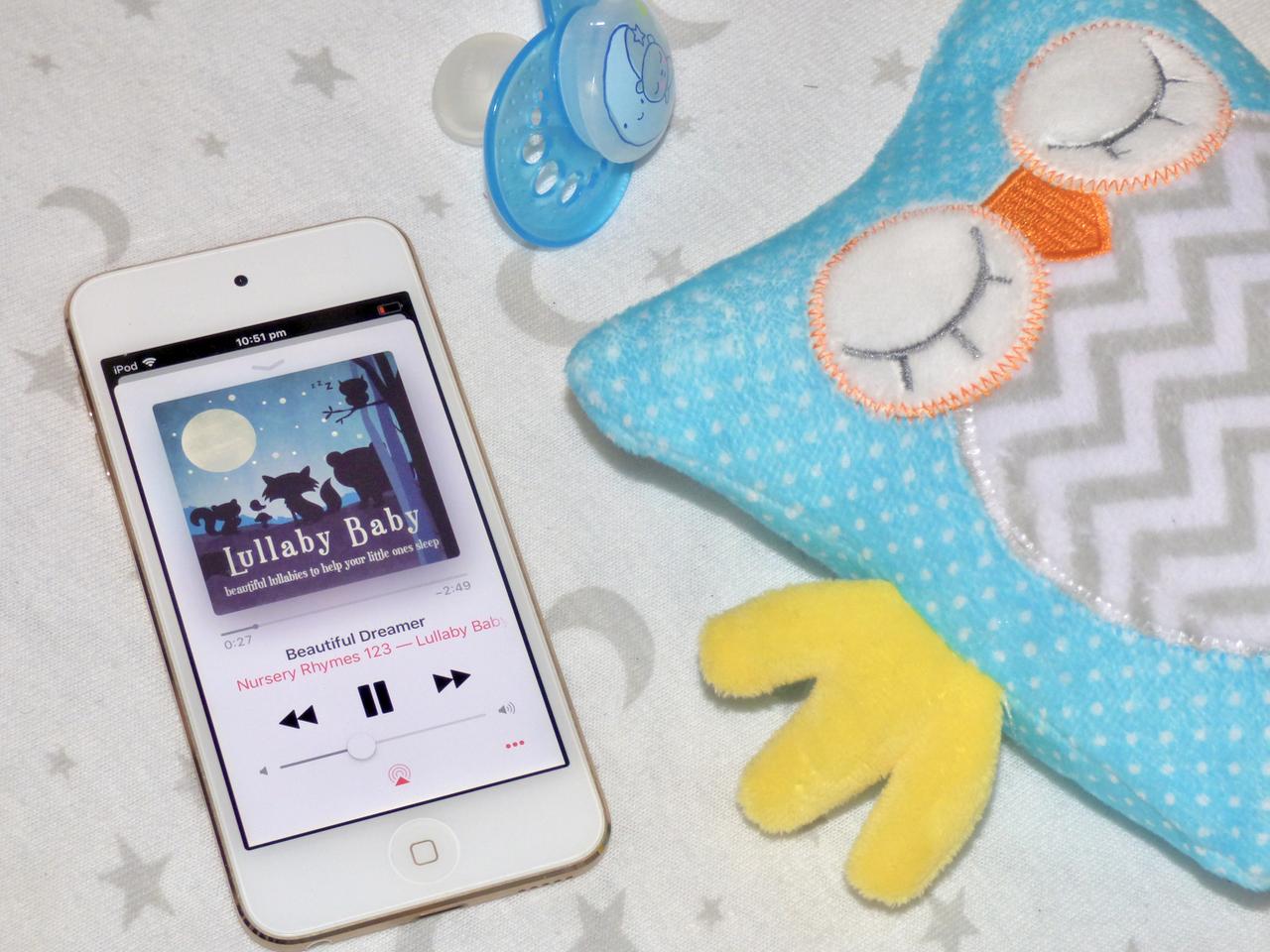 Baby’s bedtime is a special time of day; it’s all cuddles and closeness with your little one as you say goodbye to the day together.  But – it’s also a time when you realise you’ve made it through another 24 hours alive and can at last have a hot cup of tea.  That’s if the event runs smoothly and there’s been no hyperactivity or fighting sleep, tears from teething or wind.  If baby doesn’t want to go to sleep (and let’s admit, isn’t that most of the time?) it can be quite the nightmare, not least because you can’t comfort baby, but you’re no where near getting that hot cup of tea.

I speak from my own experience, of course.  I think I missed the memo saying parents aren’t meant to be holding baby for the entirety of their sleep as they encounter their eighth month in the world.  I’m an over thinker, a pessimistic parent, I worry about why my baby’s crying, why my attempts at soothing him aren’t working, and to be honest, probably creating a stressful environment no one could fall asleep in, let alone a tired out baby.  So what gives?

Well, thankfully some pretty good lullabies are good for settling a baby.  I’m quite the entertainer singing Reuben through his nappy changes these days but lullabies don’t come as easily to mind, even Twinkle Twinkle Little Star turns into a beat box version.  So when a desperate Spotify search for lullabies brought up playlist upon playlist of the same old sounding baby tunes, I found this little gem that really, really works (and sounds stunning too.) Nursery Rhymes 123, fronted by singer, performer and producer, Martha Bean, first released Lullaby Baby by digital download back in January 2016.  A collection of soothing songs for settling babies, the album was a massive success, which prompted the follow up recording, Lullaby Baby Volume 2, which was launched back in the spring.

I was sent the two albums to review, and although I was already familiar with the music I straight away noticed there were bonuses in owning the albums as opposed to streaming; there’s not only an extra track on the original album, but instrumental versions of each song if you fancy playing the tracks without vocals, plus three additional piano pieces.

Martha Bean’s vocals make the Lullaby Baby albums the works of art they are.  Her effortless tone, entwined with the sounds of the autoharp, piano, guitar and violin, lends the melodies a pure wholesomeness that other lullaby tunes lack.  In fact, it’s incomparable.  I play these albums for myself as much as for Reuben and my therapist would approve.  There’s something magical about the ability of this soul soothing music.

Lullaby Baby is a collection of classic nursery rhymes and lullabies you’ll likely remember from when you were young, such as: You Are My Sunshine, Lavender’s Blue and Rock-A-Bye-Baby.  Performed in a gentle and pure style, each lullaby, lasting just 2-3 minutes a piece, helps create the perfect calming environment for a little one’s bedtime.

Row Row Row Your Boat is a lovely, relaxing track that especially helps Reuben to chill out.  Its rhythmic hum relaxes you right down, and I find Martha’s soft harmonies a real treat to the senses.

Sleep Tight is an exclusively written piece so you’ll only find it on Lullaby Baby.  It’s a noteworthy track as it’s so beautifully produced.  Its softly sweet, almost melancholic tone wraps you up with a warm, cosy feel, the tip-toing of the piano keys and sweeping viola sounding romantically reminiscent of The Snowman.

You won’t find Are You Sleeping/Frere Jacques on Spotify, but I can assure you it’s worth buying the album for.  Martha’s whisper light vocals blend perfectly with the delicate piano led melody and rousing soft strings melody – and the instrumental only version is just as magical.  This is my favourite track of them all which I can listen to over and over again. Lullaby Baby Volume 2 continues with the super chilled out theme, this time with a slight swing in its step, following a more folk and Irish style.  Tracks include the likes of Danny Boy, Hushabye Baby, Somewhere Over The Rainbow and Didn’t Leave Nobody But The Baby.

Occasionally Martha’s velveteen vocals conjure up images of an underground 40s jazz singer, before she’s right back to the free spirited country lass; styles she works effortlessly with style.

Somewhere Over The Rainbow oozes nostalgia with a magical by-gone era style; sweet and sultry vocals, and the essence of a wind up musical jewellery box.

Hush My Darling is another exclusively penned track that adds to this album’s folk flavour.   It’s just a beautifully relaxing, marshmallowy soft lullaby that makes me feel like I’m floating through the clouds.

Wild Mountain Thyme is a gorgeously rich Irish piece with its breezy lyrics and rousing violin and melodica.  It could be too extravagant a composition for a lullaby album, but it works.  Martha keeps the sound clean and fresh, and the result is an evocative sensation. At times I feel the tracks are maybe too engaging for babies’ lullabies; Hushabye Mountain gets quite emotionally dramatic and I find myself pricking up my ears to fully enjoy the immersive array of instruments.  But, when I look down at Reuben snoozing away I realise it’s obviously not overly stimulating to fall asleep to.  What remains consistent throughout both the albums, while they are both different and beautiful in their own way, are the slow tempo and easy melodies.

I absolutely love the Lullaby Baby albums, of all the baby music saturating the market it’s a breath of fresh air to find decent music that isn’t irritating and totally acceptable to listen to yourself.  Personally, this music is truly an essential piece in your bedtime baby regime if you’re a parent struggling to settle your baby to sleep – and of course you.  Hey, frazzled out parents deserve soothing to sleep too!

How do you settle your baby to sleep?  Have you found lullabies work?  Maybe you use other methods to lull baby to sleep.  Whichever way, I’d love to hear what you do, in the comments below.

Feeling lost for words and just full of emotion after what’s been the worst morning. Reuben went into school upset after we had the longest hug at the school door and I cried the minute he walked off. I shouted at him when I wanted him to get ready to school when he was messing on. It was 8.25 and all I wanted was to get him at the sink. He wanted dad. I saw his face and he wanted to cry. So then I started saying he didn’t like me. I didn’t want to walk to school. I felt crap and I deserved to sit in the hole I’d dug. But I just don’t see how this affects Reuben. I’ve made him go to school feeling sh*t because I’ve dwelled on myself. I hate myself for doing this. He didn’t want to let go of me at the school door and I just wanted to take him home. Instead I let him go with tears and hurt while I came home and cried and went to bed because all I’ve wanted to do is jump from the bedroom window with the hope of inflicting some physical pain. Reuben deserves better than me. As I sit here with a heat pad on my belly nursing my period pain I can’t help but feel this is why I’m not getting pregnant. Today all I feel is that I’m an awful, awful excuse for a mum. 😞

Lazy Saturday morning so far and will probably last the weekend to be fair. We’re still various states of poorly with nasty colds so just want to stay home and chill. I took little man down for breakfast this morning while daddy tried to rest in bed. He looked so cute wrapped up in his Mario dressing gown. 🥰

I am always really late to adopt new trends because I’m so self conscious. Trousers wise I’ve only worn skinny jeans, jeggings and leggings for the past decade! I don’t know if it’s a curvy figure thing or what but I’ve always worried anything less than figure hugging would make me look awful. As a teen I was so anti “feminine” and lived in sports pants so I don’t know if there’s a bit of me afraid of being boyish and losing the figure that I took a long time coming to terms with and I suppose loving.

So here’s me in what were labelled ‘girlfriend jeans’. They feel a bit loose and not what I’m used to but they’re comfy and a cool pink wash so they’re here to stay. What do you think of them?

Little man’s been alright today, very choked up and coughy but good in himself, and thankfully the gp thinks it’s just a viral infection. He managed to get to sleep tonight and so far hasn’t woken himself up with a hacking cough as he usually has been. The Calpol vapour plug in is helping, but just wish Reuben would take medicine when he should. We all could do with a decent night’s sleep for once!

No school run today. Reuben’s had a horrible cough and snottiness for over two weeks and yesterday it’s got worse. Covid tests negative so not sure if it’s just a cold virus or infection. So the doctors have been rang and we have a phone gp appointment this afternoon to see what they think. Would like some medicine to shift it, not that Reuben agrees; he’s a nightmare taking anything and will fight you for it but what needs to be done will be done.

Anyone else down with a nasty cold? I had an infection for a week but it’s cleared now. Just want Reubs feeling better too.

This is how we’re spending our rainy Saturday afternoon! Bit of a Bluey dance-o-rama! 🤪

Feeling SO rough. Could be just some cold virus, could be a sinus infection, who knows. What I do know is my face is agony. So much pressure and pain, and yes, grossness. Been taking cold and flu capsules to try and help clear it, now onto the Vicks inhaler.

As well as me though, Reuben’s been full of cold too, and his cough sounds awful again tonight. Been some difficult nights sleep around here. Poor Sean trying to avoid our snotty germs while he nurses his poorly arm.

What a bunch of poorly poopers we are! Bleugh. 🦠 🤧

Reuben came home from school to find his medal for walking The Big Step Forward had arrived today. So as you can see, he’s pretty happy about it!

Proud of you Reubs!