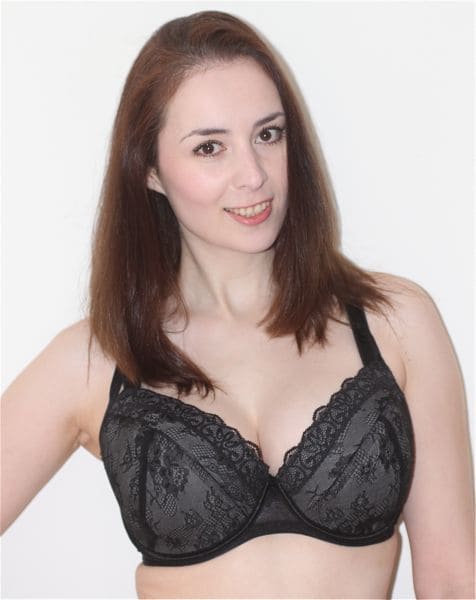 When I first started wearing bras as a teenager I remember a few of the girls at school wore Wonderbra, and I longed for the day I could have my own.  Looking back now, I don’t think it was at all appropriate for 14 year old girls to be wearing provocative underwear, but all you think at the time is about being grown up and wearing what you think ‘proper’ women wear.

Wonderbra is so much the household name, even my Dad would know of the powerhouse brand.  It’s debatable whether that’s actually a good thing, since every man and his dog has seen the Hello Boys ads from the 90s.  Some would argue Wonderbra was anti-feminist by marketing women merely as sex objects, but whatever the campaign meant, it secured a place as one of the most coveted lingerie brands in the world.
I’ve worn many a Wonderbra over the years now.  I’ve always anticipated the release of the new season collections because they are always fun and vibrant.
Wonderbra’s original collections included the ever mimicked lace push up bra, which today still exists in the form of the updated Chic Lace bra.  I much prefer this design with it’s more subtle mesh lace overlay, which stands out against the anthracite grey cups. I was kindly sent the Wonderbra Chic Lace bra so I could show you what it looks like at the top end of Wonderbra’s bra sizes, in the G cup.  I usually wear sister size 32G of my preferred 30GG, so this is what I received, along with the matching Chic Lace shorty brief in a medium.
I will begin by admitting the 32G is too big on me, which you can probably tell in the photos.  I just didn’t fill the entire cups and I felt swamped.  The cups felt too high under my arms, but I have a feeling this wouldn’t be the case if I downsized to a 30G.
A difference between a smaller cupped version of my 32G is with the central gore, which is less of the usual plunge style you expect since the underwires are more rounded and encasing at the front helping to avoid any full bust roll together.
Aside from the central gore, the large cup Chic Lace is the same design as the smaller cups, so you don’t lose any of that typical Wonderbra design.  I love the dual strap detail to the top of the cups, it lends a really on trend, modern look.  The straps are wide enough without looking industrial and the double hook and eye fastening provides adequate support in the band. The shorties are really cute, with the same lace design as the bra to the front, with plain mesh to the reverse.  They are comfy but I would have wanted a medium to be slightly bigger.  I’m a size 12 and would probably prefer the large in the knickers.
The Chic Lace is probably my favourite collection that caters up to a G cup by Wonderbra.  It’s both functional and sexy, something I’d feel just as special wearing on a night out as much as wearing this every day.  With some gorgeous lingerie you just can’t get away wearing any day, especially when you have big boobs, so Chic Lace ticks a lot of those boxes!
——————
When was the last time you wore a Wonderbra, and what’s your experience with wearing the brand?  Do you think Wonderbra has improved over the years?