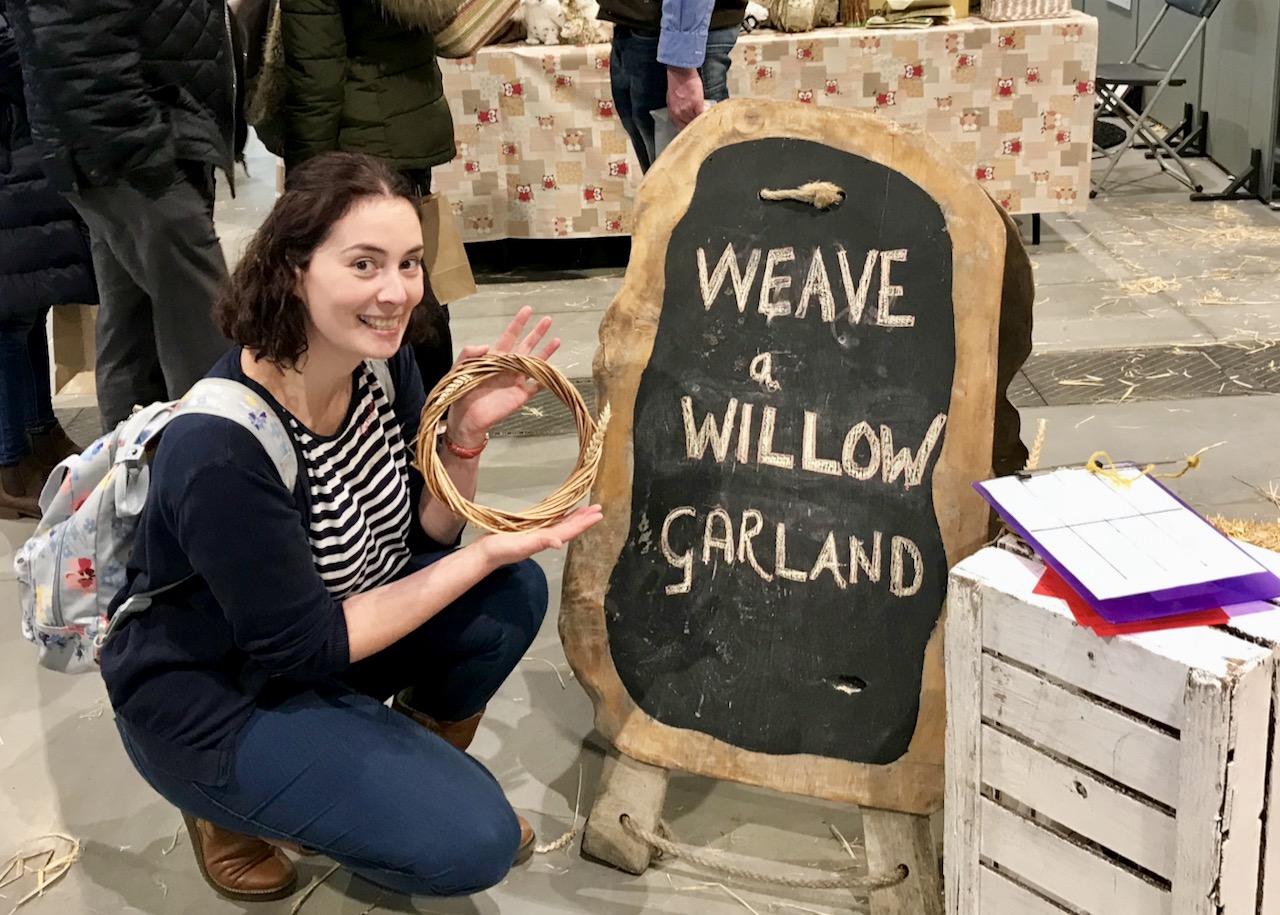 A COUNTRY DAY OUT | The Countryside Live Show If you’re familiar with The Yorkshire Vet TV show, you’ll have a idea what my childhood was like.  Growing up in a small North Yorkshire town nestled between the Moors and the Dales, my life was contained within a rural bubble.  Even though I lived in a typical residential estate, the country life was on my doorstep; we went down the river, had family walks through the fields and farming was the heart of our community.  That’s probably why the countryside feels like home to me and I love anything that evokes the cosy charm of rural life.

I was keen to get along to the Countryside Live show, based at the Yorkshire show ground in Harrogate, and luckily I’d won some tickets.  So when the event was held last weekend, we made the short trip down for Sunday’s show when The Yorkshire Vet’s Peter Wright was guest speaking.  I used to take my guinea pigs to Skeldale Vets so with fond attachment to this, I was looking forward to seeing him on the stage.

The night before anything I usually feel pretty anxious, but I was excited.  I’d studied the programme of events and the show map which were conveniently on the website to download prior to the visit, and drawn up a list on my phone of all the things I wanted to check out and the timings of any shows.  I was determined to make the most of it and felt rather in control having done my homework.

On the day we arrived slightly later than I’d hoped we would, but never-the-less, it wasn’t a problem.  Parking space was ample and friendly stewards were on the ball making our arrival stress-free.

Approaching the show ground, I realised there was going to be much more outdoor interest than I’d first assumed.  Thankfully the predominant area where the main stage, crafts and many of the trade stands stood were all under roof in the main building, so while we were in there we were nicely sheltered.  Several toilet blocks were located around this ‘hall one’, with mens, ladies and disabled loos in the main foyer.  But baby changing wasn’t here with the toilets, and this created a massive anxiety attack for me during the day.  Reuben was mid-meltdown and I was at sanity breaking point, so in my panic I took him into the disabled loo and cried on the floor.  Not my brightest hour of the day, I’ll tell you that.

Hall one was busy.  With none of the farm animals inside, only the sound of cheeping chicks in their incubators could be heard amongst the hubbub of activity.  Reuben felt a bit upset by the volume; the amplified voices on stage rising above the chatter, and he fought to walk right back out of the door.  Thankfully a big John Deere tracker caught his eye and he was transfixed with the computerised controls once he’d got into the seat. Tractors helped win over the tears more than once, which we were clearly in the best place for.  A friendly chap on the ‘Living Salads’ stand didn’t just let Reuben play with a tractor on his display, he offered to push him around on it!  Of course Reuben didn’t want to leave it and meant that throughout the rest of the afternoon we had to avoid walking past it, but that moment right there was great.  Helping a frazzled mum out is just… heck, the best thing ever.

There was much to get involved with though which helped massively with the need for distraction and avoiding boredom which is so easily experienced by a 19 month old.  Apple tasting went down extremely well with Reuben (who funnily was infatuated by the Rubinola apple) and the organic milk and cheese samples were enjoyed all round.  I was surprised how creamy even the semi-skimmed milk tasted, and Reuben proudly demonstrated his tiny cup drinking skills by polishing off a sample of full fat milk. As we’d spent so much time chatting with some of the produce vendors, we ended up missing the best part of the sheepdog and duck display which was outside the main hall, only just catching the last few moments of the ducks being rounded up into their cage.  Reuben didn’t seem all that fussed so I didn’t mind, and besides, we noticed the Diggerland diggers just within ear shot.

You had to pay to have a ride on the vehicles, but Reuben was too small anyway.  He tried to cross the barrier and hot foot it to see the digger wheels up close but other than that, he was happy enough to sit and watch them circulate the track as we ate some lunch. Behind the Diggerland set up was the sheep tent, where all the various breeds were penned in.  Some tups were being shown by their young handlers, which I caught a fleeting glance of, while Reuben pottered about the sheep.  Despite liking the sheep, he was actually more interested in a trio of goats, and he keenly sat on a straw bale beside their pen and watched them.

Not wanting to miss The Yorkshire Vet talk, we headed back into hall one.  I’d marked the slot before it – The Tractor Factor – in my phone as one of our must sees anyway, so we settled down into some seats.  The Tractor Factor was not what I thought it was going to be.  There were no tractors.  Two guys came on stage and were asking kids in the audience who’d driven a tractor, and then someone’s dad went on stage to talk about tractors.  Reuben was as much (not) impressed as we were so we decided to go off and look at what crafts were happening. Thankfully there was much we could do, and not limited to kids.  From wood carving to making sausages, there were crafting skills on display and ready to try.  There were activities aimed toward the little ones –  Reuben decorated a cardboard tractor and made a greenhouse with a real growing bean inside it.  Gluing shapes and felt tip colouring, Reuben seemed to find comfort in the focus, considering he’s never that into messy play, he does enjoy art.

But my moment to craft arrived, which I was super happy about.  I felted a poppy, and thanks to Dad taking Reuben off for an explore, I learned to weave a willow garland. By the time we made it back to the stage the audience had grown so I had to stand.  My hips were killing me so I spent the next half hour hopping from hip to hip, wishing that I was the sort of person that carried a little camping stool.  Peter Wright’s talk was structured like a Q and A discussion, with a local radio presenter posing the questions before opening up to the audience.  Though Peter doesn’t like to identify as a celebrity, I liked his honesty and integrity.  Despite not being a vet nor never having met the man, being a fellow ‘Thirsky’ I felt a commonality.  I wanted to ask for a selfie but didn’t pluck the courage for that one.

I think the only aspect the show lacked was stewarding within the site.  Apart from the stewards at the main gate, we never saw any inside in the hall.  So when we really could have done with assistance we felt pretty alone and confused.  The drama caused by trying to find the baby changing made for a really bad part of the day for us.

The day had been a hugely eventful one – busy, difficult thanks to some toddler sensory overloading and my own personal anxiety war – but I felt it was still a good day.  Certainly, having that me-time and getting to de-stress in the therapeutic way only good crafting can do, ended the day in a more peaceful light.  At least we’ll know what to expect for next year’s show!

Have you ever been to a country show?  Which is your favourite one?