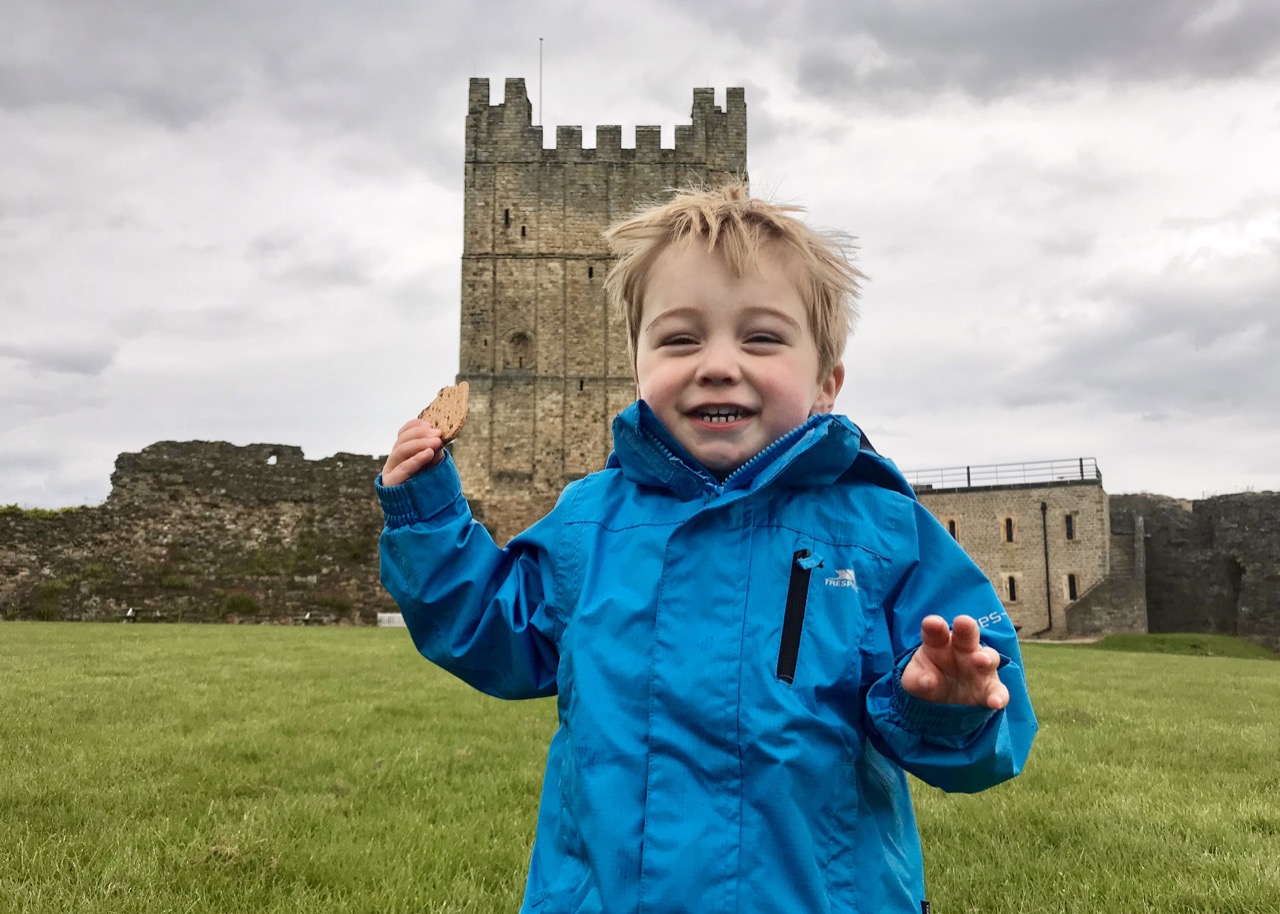 AD / THIS POST CONTAINS GIFTED PRODUCT FROM RED LETTER DAYS.  WORDS & OPINION EXPRESSED IS MY OWN.

One of the best perks to having a toddler (I knew there would be one) is getting free days out – and I’m not talking about trips down to the local park.

With under 5s getting in free to English Heritage properties, it’s a pretty good value option if you’re looking for things to do through the summer. And if you become a member, that’s a lot of free family adventures!

As a family we love spending as much time out of the house as possible. Not only is exploring fun but being out in the open air is great for our mental and physical wellbeing. We try not to let my health issues hinder Reuben’s childhood, so with the support of my husband we’re able to do everyday life together and spend plenty time doing things.

Thanks to Red Letter Days we signed up to English Heritage to enjoy a full year of great days out. Being a small family with just a two year old, the “annual pass for two with up to six kids” was the perfect option for us.

To sign up, it was necessary to print out a form to return to English Heritage with the Buyagift voucher attached, but I discovered we could email the details over instead which made it a whole lot quicker. The membership pack arrived within a fortnight; a substantial boxed package containing two adult passes, two car stickers, property guide book and a members’ magazine, with the additional bonus of the children’s magazine too. As an incentive to encourage the little ones, there’s a set of nine pop badges to collect, the first badge coming with the membership pack, with the rest available to pick up, along with a lanyard to attach the badges to, from any manned English Heritage site. Reuben was thrilled to see he had post too!

So what does one do with an English Heritage membership? You get yourself out visiting historical properties enjoying grand days out, that’s what you do!

With so much to see and do in the north alone, from castles to prehistoric landmarks, we’ve been making full use of our membership so far this summer. So, with the summer holidays now in full swing, I decided to share our favourite spots in the hope you’ll enjoy visiting these heritage treasures yourself.


Inspiring Bram Stoker’s Dracula, Whitby Abbey is one of the most iconic landmarks in the country. With much of the architectural skeleton still standing, these haunting 7th century gothic ruins are a visual delight, overlooking the quintessential Yorkshire coast and Whitby’s harbour.

We dedicated a day to exploring Whitby Abbey, taking in the sights and sounds of the seaside setting before tackling the famous 199 steps down to the town. In typical British style a thunderstorm passed over the abbey while we were there, which I thought pretty fitting for the theatrical landscape.


Richmond Castle is a Norman built masterpiece at the heart of the first town in the world to be named ‘Richmond’. Initially built to maintain order in the north, the castle now serves as a tranquil retreat where visitors can take in the vast Dales views from the castle keep or wander down to the quaint Cockpit Garden, proving an exhilarating visit for toddlers and adults alike!

We’re lucky to have a castle such as this on our doorstep; it’s a great escape from the daily grind and each time we return we experience something new. (My highlight was the early summer Wisteria in the garden!)


Stretching across three counties in the north of England, Hadrian’s Wall was the border of Roman rule in Britannia, and now it’s a UNESCO World Heritage Site of significance. While I do love the Housesteads site for it’s vast open space and views of the snaking wall, I’m told Chesters is a better family friendly location. With the country’s best surviving cavalry fort perfect for experiencing life of the Roman Empire officer, there’s an intact roman bath and steam room, and an extensive museum full of excavated treasures.

Chesters is still on our list of things to do this summer, which I’m really looking forward to taking Reuben to.


Hidden away from sight and reached only by footpath, the deserted village of Wharram Percy is the country’s best preserved and most famous of medieval villages. Boasting ancient church remains and a pond, as well as foundation outlines where centuries old homes once stood, this site has a uniquely tranquil and yet eerie atmosphere.

Our day trip out to Wharram Percy was a lovely escape from the real world, as we literally trekked down through the overgrown shrubs to access the once vibrant village. With only one or two other visitors passing by, we had the village practically to ourselves – much to Reuben’s delight who relished running about investigating the private site.


By far one of the most unusual English Heritage properties, and the most modern, York’s Cold War Bunker takes you back to the tense period following World War II, between the 1960s and 1990s. With ’80s computer equipment and operations room, dormitories and blast proof doors, this was Yorkshire’s nerve centre monitoring the threat of nuclear war.

I’ve never seen a place like the Cold War bunker before so I’m hugely intrigued to see it for real. It looks really creepy from the photos so it’ll be interesting to experience a time gone by that’s eerily recent. I’m sure Reuben will want to take control on the computers too.


Once home to Carthusian monks who lived a secluded, religious life, Mount Grace Priory is the finest standing charter-house in the country. Nestled beneath the lush Cleveland Hills, the sheltered priory portrays a disciplined lifestyle that you can almost experience for yourself by visiting the reconstructed monks’ cell.

Mount Grace’s beautiful location, with nearby manor house and pond, gave us a gorgeous family day out. There were plenty picnic spots and benches so we could enjoy our packed lunch in the heart of the priory before exploring the monks’ cell and quaint kitchen garden.


The Holy Island of Lindisfarne has been on my to-do list for as long as I can remember. Accessed only via a tidal causeway, a few miles south of Berwick Upon Tweed, the Island’s medieval monastery is steeped with historical and religious importance, where the celebrated Lindisfarne Gospels were conceived. A visit to this of island of significance is long overdue!

So there you have it, my top 7 English Heritage sites to visit this summer. Where will you be visiting? What else should be on my list?

We Missed Grandma so We Put Her on a Blanket
Crafting with Colour | We Tried Tie Dying T-Shirts
Secondary Infertility: I'm Not Falling Pregnant Again and I Don't Know Why
Happy Birthday & Goodbye Becky's Boudoir
days out english heritage family family days out