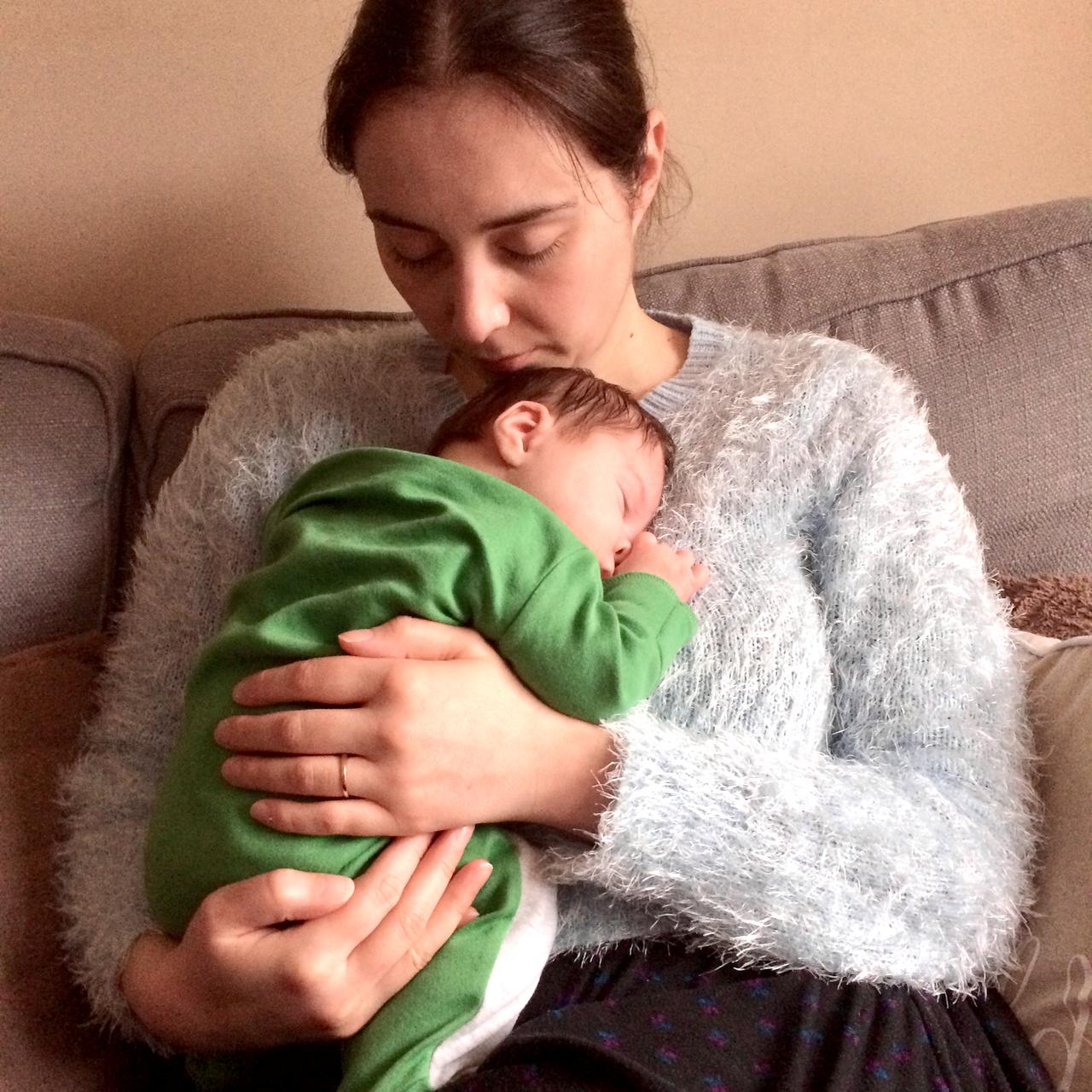 I’m Not Okay and That’s Okay: My Postnatal Anxiety Mental illness can happen to any one, any time – no one is immune.  Yet for some reason mental illness remains a stigma; often mocked and not taken seriously.  Women who have recently given birth are an at risk group vulnerable to post-natal depression, but lack of awareness and going undiagnosed and untreated means maternal mental health can suffer.

Pregnancy and parenthood is a hugely exciting time for any new mum.  You’ve waited nine long months anticipating the arrival of your beautiful baby, much of it spent getting acquainted with their little movements and growing attached to the new love of your life before they’re even born.  It’s also an overwhelming, emotional time, and an overnight life changing event into an unknown territory can upset hormones to breaking point.

With a history of depression, anxiety and OCD, mental illness seems to be something that keeps rearing its ugly head in my life.  Knowing the commonality of the ‘baby blues’ and post-natal depression I was aware of my own vulnerability when I became pregnant, but when I ended up the other side of childbirth as a priority mental health case with a diagnosis of post-natal anxiety, I just hadn’t seen it coming.

When my baby was brought to my private room on the maternity ward he’d already spent three days in neonatal care in an incubator, so when I was nervous about having Reuben in my care it was understandable by anyone’s standards.  But it was more than first-time mum nerves.  I dreaded being left alone with him and the midwives who were there to help me only made me paranoid.  I couldn’t pick my own baby up without shaking, repeatedly doubting my actions and judgement, and crying hysterically if he so much as made a noise.  I felt stupid.  I felt awkward.

Nappy changing was stressful and having to notify the midwives when Reuben was ready for his milk meant feeding was no easier.  Our first long night together set the standard for many a night from thereon.  It was tense and frighteningly alien to me; sitting on the edge of my hospital bed in the dim light I cried my eyes out as I fed him.  I barely slept, my heart pumping non stop adrenaline on high alert, my eyes unable to look away from the sporadic rhythm of his tiny chest.  I was exhausted but switched on, emotional and chronically afraid. Reuben’s breathing problems right after birth meant he was taken from my side, leaving me wounded and worried.  And when we were finally able to bring Reuben home, the very next day he was back in hospital, this time taken by ambulance to a hospital I’d never been before.  Things couldn’t get much worse, and my mental state was literally on the edge.

Each day brought more tests – physical for Reuben, mentally for me.  In the end I had what I can only describe as a break down and I walked out of the ward.  I didn’t leave Reuben unattended, we had a nurse in the room with us, although she was the last person I felt able to talk to.  I just couldn’t cope anymore and had to get out of there, remove myself from the situation.  I felt a failed mum before and now I was just wasn’t worthy at all.  Thankfully a lady, who I didn’t know, saw me and stopped; I was crying, sat on a bench in my pyjamas.  I was a mess.  But it was through this kindness of a stranger who made the time to talk and listen, bought me a hot drink and cookie and helped me back to Reuben’s room,  that helped me get back on track.  I returned to a worried husband and hospital security who had been frantically searching for me.  I may not have felt worthy but here were people who cared about me.

An event as traumatic as this was unsurprisingly the trigger behind my mental state but in all honesty the fire likely began burning much earlier.  With the loss of my Dad earlier in the year and my first pregnancy ending in miscarriage the year before, I’d set myself up for thinking the worst.  For what should have been a positive time I instead spent my pregnancy constantly worried.  I didn’t dye my hair, drank de-caf and wore flat shoes; everything was about playing it safe.  The way I saw it, Reuben was at risk until he was born into safety, but once he was born my fear heightened and I continued to think the same way, this time believing he was safer in the womb than on the outside.  I’d spent the whole pregnancy longing to give birth and now I just wanted him back in me. Fear instigates and eggs on anxiety.  The fear of the worst happening, the fear of losing control and the fear of failing.  While a little fear can make you look out for danger it can be just as bad for elaborating and making stuff up.  The world wouldn’t end if I changed a nappy wrong, if Reuben peed on his clothes, if he spat up his milk, if he cried – but to me, the world would end.  It was the most acute nightmarish, panic attack inducing, ‘I’m gonna die’ feeling.  Often it still is.

You may not believe it but the camera lies – for what are truly genuine loving moments I’ve captured and shared, the images tell of an exhausting reality where I constantly hold my baby and will sit with him all day, too afraid to put him down for the fear of crying.

It’s hard to rationalise fear when you obsessively overanalyse.  It’s the OCD driven theatrical thinking that’s possibly the most disturbing; the situations you most fear happening play graphically in your mind’s eye.  With each horror moment I flinch, shut my eyes and hold my baby a little tighter, the visual thought feeling just as painful as if it really happened. But I’m getting there.  Now I’m on medication for the anxiety and my hypothyroidism synthetic hormone is being reduced (as the now too high a dose could be exasperating my anxiety) I’m already feeling much improved from the day I gave birth; I can change a nappy without panicking or crying and leaving the house is less scary.  But I’m not totally okay, not yet.

The fear keeps rearing that same old ugly head that inflicts panic, compulsive thinking and makes me stress and freak out.  For that I’ll soon be taking CBT – compulsive behaviour therapy – something I hope will help me rationalise and filter out unhelpful negativity and fear invoked lies.

I’m lucky to be getting treatment because I sought help; I was open to my husband about my feelings and he asked my church pastor to come see me, who in turn encouraged me to speak to the midwives which led to the visit by the mental health liaison team – and they were so understanding.   It’s so important – and okay! – for any pregnant lady or new parent to cry for help.  There are professionals out there who won’t judge, are genuinely caring and will help you, and if you look after yourself and recognise the signals for any mental illness then don’t be afraid to make that SOS call.  Yes, I’m not okay, I have a mental illness, and that’s okay.

For advice and emergency help: