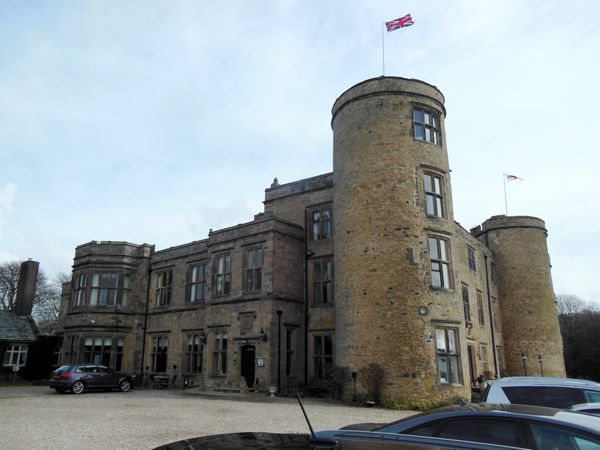 Planning a photo shoot takes time, especially when there’s a variety of talent and contributors involved.  I hadn’t expected this shoot to take quite so long, going back several months to it’s initial conception, but when the day finally came to fruition yesterday, everything just fell into place.  Well, almost everything.

The shoot of epic proportion started back in Autumn when the UK Lingerie Awards announced the finalists.  The “Boudoir Lingerie Brand of the Year” was a category I was most excited about, and both Maison Close and Madam Supertrash who were nominated for the award were keen to let me review their garments on the blog.  I thought it was an amazing opportunity to go all out and do a proper shoot with the lingerie so from there the boudoir showcase shoot was born.

I had a bridal shoot booked for the beginning of the year for which Charnos had sent me a full bridal lingerie set to model.  The shoot ended up being cancelled and I was determined to showcase the underwear as I’d promised, so the addition of a bridal boudoir side to the epic shoot naturally took form.  When Panache asked me to review Masquerade‘s forthcoming bridal collection later in March, it seemed fate that I now had two polar opposite looks of boudoir – the perfect chance to play around and explore the idea of boudoir lingerie!

As you may have gathered already, I’m a perfectionist and picky, so collaborating with the right people was anally important to me.  I liaised with so many people from my modelling circle and in the end decided to work with a photographer completely new to me.  I wanted to adopt fresh thinking, so when Dave from Image Six Three contacted me to say he saw my casting and was interested, I knew this was the right guy immediately.  A million emails back and forth commenced, throwing around concepts and ideas.

Putting out a casting for a make up artist was equally challenging when I had such specific ideas, but when I heard from Zoe Gooding we were on the same wave length right away.  She set to work on mood boards and face charts which mirrored many of my inspirations so it was great to have on board such a creative mind who understood what was to be achieved.

My other half, Sean, is always a pillar of support and beacon of knowledge, what with being a photographer himself and technology expert.  He is chief suspender attacher as he is reflector holder, but really we all know he’s there to photo bomb the pictures and diss my playlist. (He he) When yesterday came to, the sun shone like we’d anticipated.  Arriving at Walworth Castle in County Durham the air was brisk but it was bright: such a beautiful Spring morning.  Walworth had kindly allowed us the use of the King James Suite which was a great combination of living space to take advantage of.  Whilst the bedroom was quite small and intimate, the lounge area was spacious to work within and accommodate all the photography and make up equipment. Zoe styled me up and changed the looks several times, with curled hair being the order of the day.  The bridal look ascertained a glowing base with a complimentary soft lip and eye, moving gradually to a darker eye characterised with cat eye flicks and bold lip colour.

There’s one thing you’ll learn about me when on a shoot – I’m a ridiculous giggler about the most nonsensical topics (ask Zoe about the Sasquatch and the nudey cherubs and she may tell you between an outburst of insane laughter), but seriously, fun is so important on a shoot.  But I’m professional as I am light hearted and take so much pride in being able to joke one minute and work focus minded.

I normally try to work on short half day shoots but this one ran from 1o until 5 so was pretty much full on with the mental work out.  It’s always interesting that even though a pose may look simple and relaxed you’d be amazed by how much of your body you’re actually working as a model.  Limbs are poised and held in position, muscles tensed, and your mind is constantly in military check considering every movement and position of every bit of you.  I put most of my post shoot agony down to my fibromyalgia, but also the phrase “if you’re not in pain you haven’t done it properly” holds very true!

For each of the lingerie garments and sets I’ve been sent from brands for this shoot I’ll be reviewing and writing up in due course when the images are returned.  Unfortunately the stockings Charnos Hosiery provided for the shoot didn’t arrive in time (missed the delivery by a matter of hours!) but I will be using them for future shoots and will review them too.

In the meantime I have a few sneak peeks to give you an idea of what fab a shoot the day produced.
Well done and much thanks to all parties involved:
Photography: Dave from Image Six Three
Hair and Make Up: Zoe Gooding
Location: Walworth Castle Hotel
Products: Maison Close, Madam Supertrash, Charnos & Masquerade by Panache
My Other Half/Assistant/Chaperone/All round Star: Sean Connolly