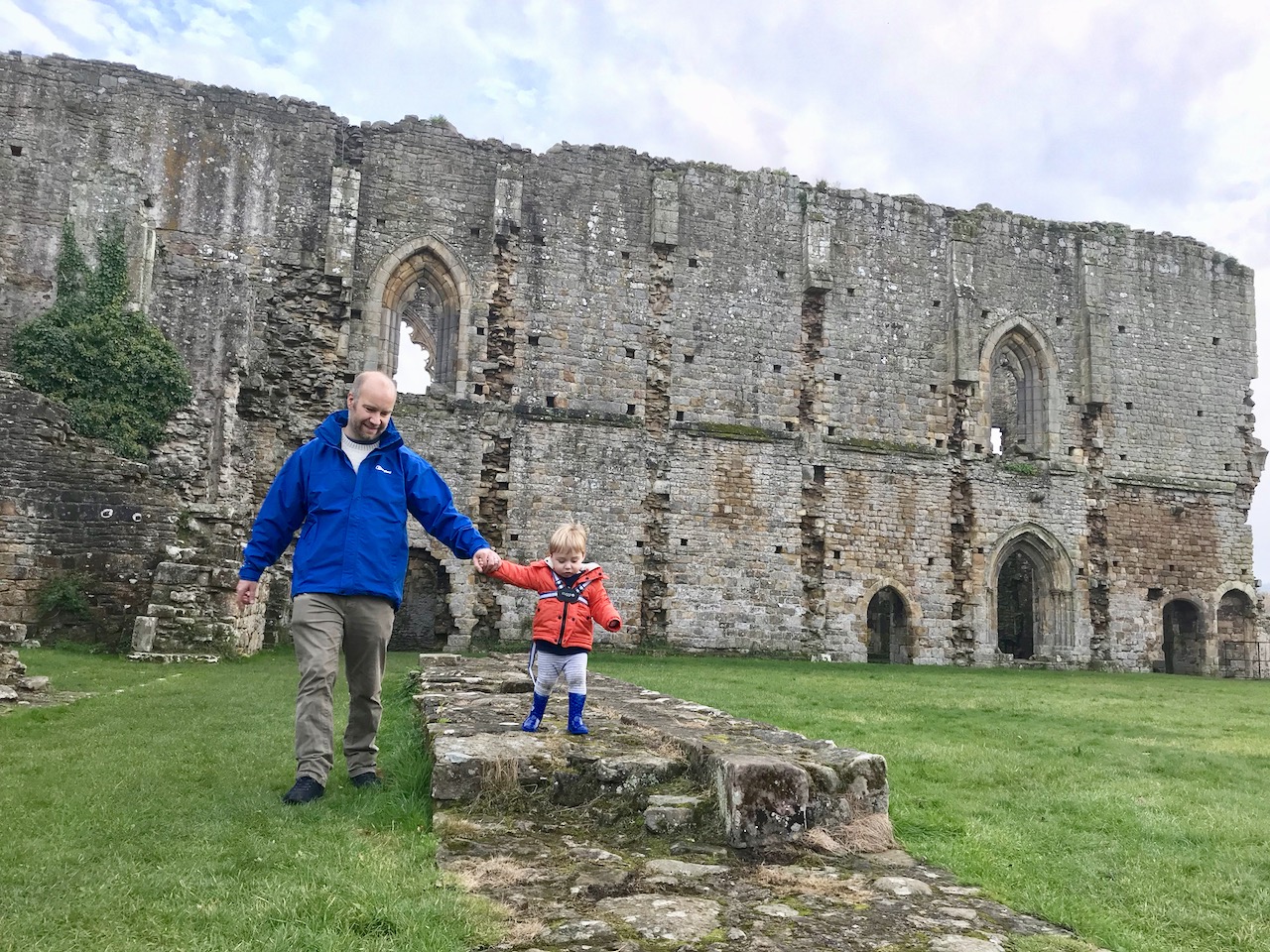 MENS WALKING GEAR | Keeping Up With The Kid in Berghaus [ DISCLOSURE | THIS POST CONTAINS GIFTED PRODUCT.  ALL THOUGHTS AND OPINIONS WITHIN THIS POST ARE MY OWN, NOT OF THE BRANDS NAMED ]

Staying active keeps you young.  It’s such a cliché.  But it’s the one thing that, since becoming a dad, my older (but more vivacious) significant other has always been serious about.  Being a fit daddy is important to him, as is being a generally active family.  Thankfully with a little one who loves being on his feet, getting out there and exploring is one of our favourite activities.

Venturing out into the countryside is the simplest way for us to get one with nature, since we have the rural life on our doorstep.  And while we do often drive off to various destinations in the car, it’s always nice when you don’t need to; you just shut the front door and go!

Last week we all popped out for a countryside jaunt to a local historical site of an ancient abbey ruins, a fairly short walk that nicely fills an afternoon, leading down country lanes, passing fields of grazing sheep and cattle.  Both the other half (Sean) and I had new walking gear to try out, so the outing served as the perfect opportunity seeing as the weather wasn’t the warmest. The Berghaus RG Alpha is an eyecatching waterproof jacket in a gorgeous vibrant blue hue.  It’s a substantial feeling jacket while being super light to wear. Cut short above the hip and with a tapered back, featuring an adjustable roll away hood, drawcord hem and rip tape cuffs, the jacket offers a supreme fit.  The XL size is a generous fit, allowing ample room in the body and sleeve length for adding extra layers.

The Expeditor Trek 2.0 boots are a modern style walking boot in a timeless black colourway. With a genuine suede upper and mesh fabric mix, the boots are comfortably breathable while being fully waterproof.

Thankfully our afternoon walk wasn’t particularly wet, so for the best part Sean didn’t need the use of his hood and it remained tucked away (quite smartly, I may add) into the collar.  It was fairly brisk out though, so the jacket was duly fastened up. Quite a nice feature is the concealed zip, so the gusting wind had no chance of getting in. At first Sean wore the jacket adjusted closely around the top of his legs for a snug fit, but he ended up slackening the toggles so the contoured back was visible.  Both ways were comfortable, but the looser fit gave a bit more freedom, especially when it came to being more physically active chasing the footsteps of a toddler.

Reuben is much like a puppy in that respect, he’s very inquisitive and likes to explore.  That translates as a lot of running around like a headless chicken as the parent of such a child, and if you’re wearing silly amounts of clothing you’re quickly a sweaty and not a very hot mess.  Thankfully the Berghaus jacket is designed to allow full natural breathability despite being totally water and weather proof, which means, unlike a typical waterproof jacket that generally doesn’t let your body breathe, in the RG Alpha, you do.  Thank goodness for that! Sean’s usual go-to walking boots are another pair of Berghaus boots, so he had a high expectation of the brand already.  While I think he still prefers his old boots (whether out of sentimentality or preference of quality/style/design), the Expeditor boots did impress.  They’re a good all rounder walking boot because not only do they look pretty smart, they’re very well designed at tackling various terrains.  The dewy wet grass and slippery stone ruins weren’t a barrier for the Expeditors, thanks to their super grippy soles.

Our walk down to the abbey was just a short one which only took us a handful of hours – a huge amount of time for a young toddler to burn off energy, but not really enough time to fully road test new gear.  As an avid hiker who will happily spend days, not just hours, climbing hills in all kinds of weather, Sean is fairly particular about his walking clothing.  After all, wind, rain and snow isn’t so forgiving at the top of a mountain.  So while he really likes the RG Alpha for casual walking, he isn’t convinced it’ll match up to his usual gear which consists of inner lining and various technical layers.  That, and it’s quite a short jacket, as he prefers a longer cut.

The Expeditor boots on the other hand are excellent.  Considering their reasonable price point too, they’re decent boots that are comfortable and supportive while keeping the feet warm and dry.

To see more of Millets’ walking boots and waterproof jackets, including the items Sean reviewed in this post and more colourway options, check out the following links: