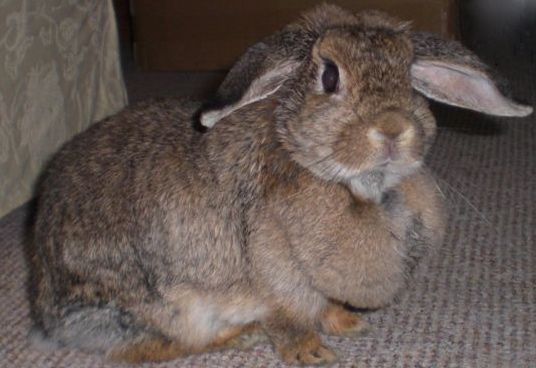 I Failed My Rabbit & You’re Making The Same Mistake Bobby.  She was my first bunny love!  If it wasn’t for a friend’s (very naughty) secret purchase of a tiny fluff ball the day before one Christmas Eve I would never have enjoyed the company of rabbits to this day.  Having my life dedicated to guinea pigs, I was stumped as to how to care for a rabbit.  I was less than impressed with my friend, but I couldn’t help falling in love.  Through Bobby I learned that I had rabbits all wrong, that their needs are different as they are similar to guinea pigs and how this frog eyed whiskered beauty would one day break my heart  – but change the life of another for the better.

This day last year we said our forever goodbye to Bobby.  It cut me in two like I’d lost a child, a pain unlike any other I’d felt before.  The best rabbit vet in the country diagnosed Bobby with a spine abnormality and uterine tumour and said letting Bobby go would be kindest, but I wasn’t prepared and the shock and guilt that I had failed her brought me to my knees.  Even though I had every best intention, I did everything wrong.  But these are common errors made by rabbit owners all the time – possibly even you.  Sometimes it’s hard to be told we’re in the wrong, but learning and changing is the only way forward for a positive outcome.

Right now it’s Rabbit Awareness Week and the topic this year focuses on what one change we can do for our rabbits.  How could you improve the life of your rabbit?

Bobby was my learning curve with rabbits – this is what I did wrong, what I changed for the better and what I wish I did but didn’t get chance to do:

Rabbits should never live with guinea pigs but through Bobby’s lifetime she lived with Clover, Beans and Huey.  She loved them and protected them, but being bigger than a guinea pig her love translated as bullying, being too rough and controlling.

The year before Bobby died I realised Bobby living with guinea pigs wasn’t the best for either of them so I split Bobby and Huey up.  Huey was very happy with the new arrangement, but Bobby missed him and it was sad to see her alone.

For years I fed my guinea pigs muesli mix, so when Bobby came along she was fed muesli too.  High in sugar, low in fibre food that encouraged selective feeding which I eventually linked to dental disease.

We stopped buying any muesli mix and Bobby and the guinea pigs began a healthier diet of high fibre nuggets.  I found they ate without waste and dental health improved.

Guinea pigs don’t need to be neutered unless living mixed sex, which led me to believe the same with rabbits.  We didn’t think Bobby needed spaying.

Then we found out too late Bobby had a large uterine tumour – and that a shocking 80% of female rabbits will develop a tumour at some point of her life.  This is why spaying is so ferociously advised.

Many animals get along but it doesn’t mean they speak the same language.  Even though Bobby loved guinea pigs, they never understood each other.  They never responded when she lowered her head to them.  Neither did they groom her back.  Rabbits need to be with other rabbits for social contentment.

We took in another rabbit, who we named Lucy.  Another mistake taken; unlike guinea pigs, rabbits are best bonded with the opposite sex, meaning another female rabbit wasn’t the best idea.  Not surprisingly the bonding wasn’t successful – until her last year when they finally became friends!

Bobby lived in the same large cage as I’d always bought for the guinea pigs.  Then we bought the next available large cage for her.  I thought this was good, but rabbits should never be caged up 24/7, in fact, the hutch was invented for the sole purpose of fattening up rabbits as food.

Half an hour a day of ‘floor time’ took it’s toll, along with the poor diet (and eating more than her share), and I soon realised Bobby was overweight.  She was that fat, the PDSA enrolled her onto the Pet Fit Club, and she appeared in newspapers all over the country declaring how fat she was.  We decided to move Bobby out of her cage and into a large penned in area which gave her more space to run and she could be with Lucy safely.

But it was too late

Sadly, it seemed the weight loss created more problems, revealing an abnormality with Bobby’s leg.  She started to drag her leg around and couldn’t walk properly, turning her into an invalid, needing daily baths that distressed her skin.  Vets gave conflicting diagnoses, until Bobby’s final day we took her to the most prolific rabbit vet in the country who gave us the blow that Bobby was struggling with pain through some form of spinal injury and by fluke the x ray revealed the tumour.

The 14th of May was without a doubt one of the most painful days of my life but I’m determined to use Bobby’s life as a positive learning curve so other rabbits don’t suffer the same fate.  I’m so glad in her last few years she lived the life she deserved – with rabbit companionship and freedom – and a much lighter body!

Muesli food and hutches are freely available from every pet shop but they are through my opened eyes, evil.  Can you change at least one part of your rabbit’s life?  Remove the existence of the confined cage, unhealthy diet and mixed species companionship – and consider a spay.  Bobby may not be living with us anymore, but Lucy is thankful for her better informed life! 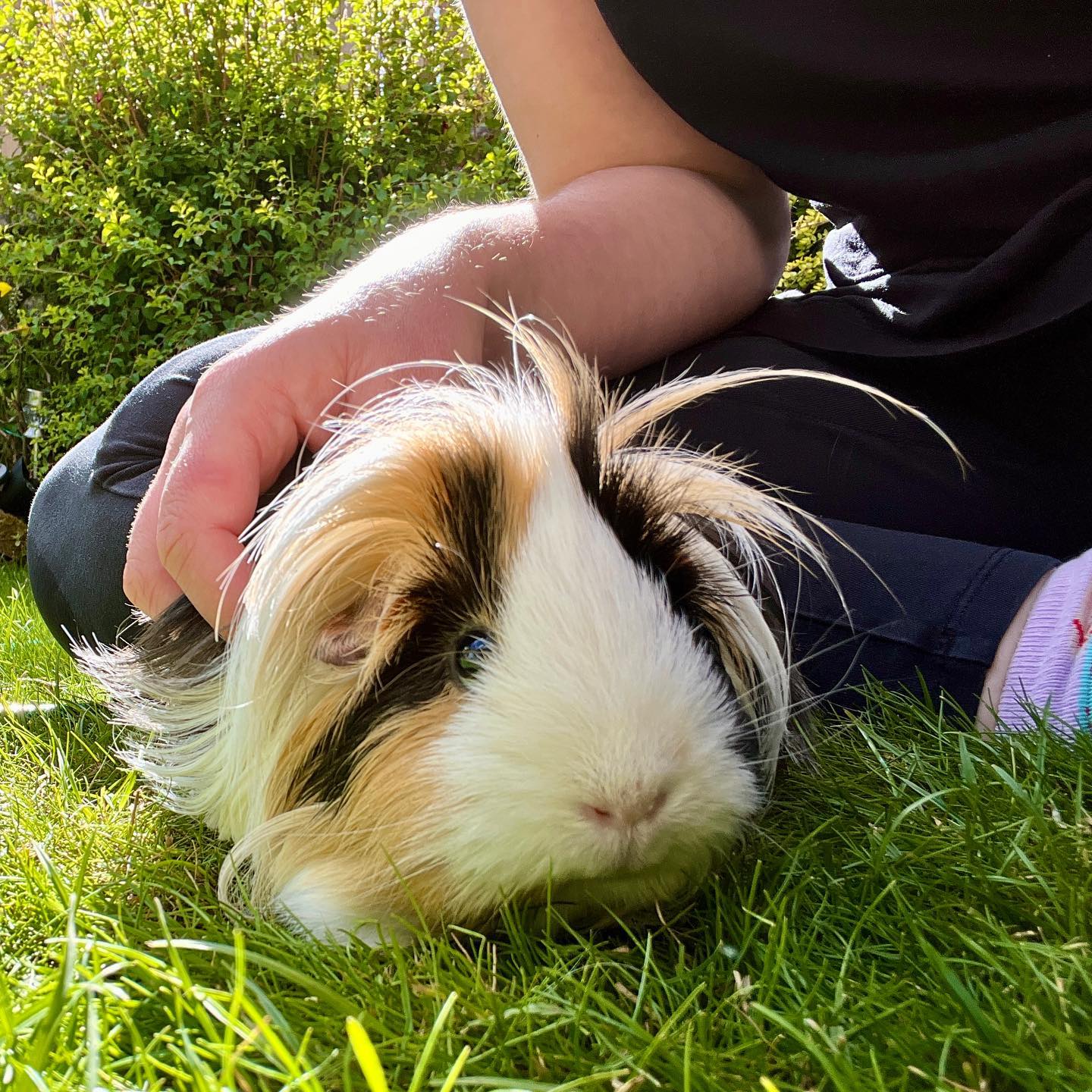 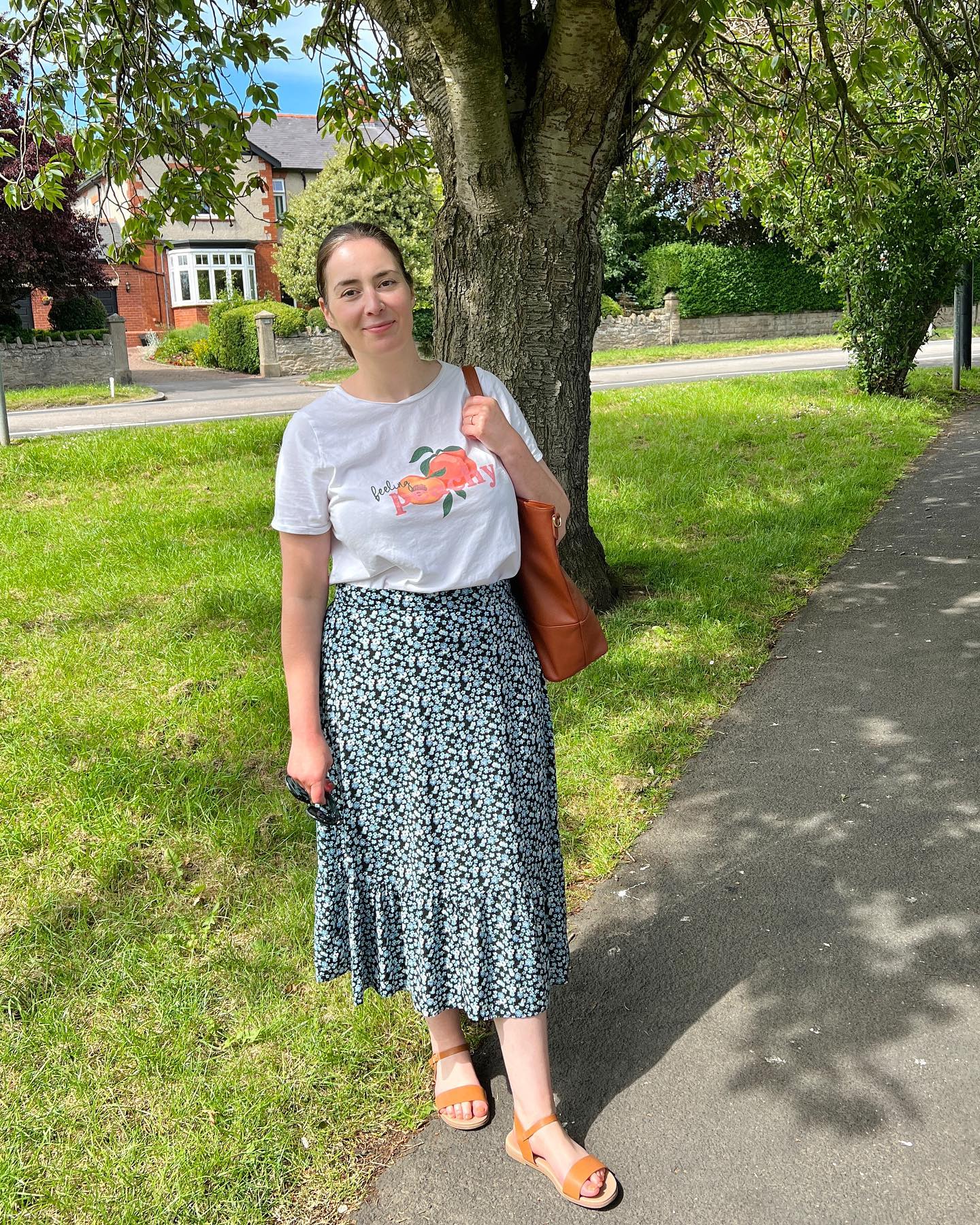 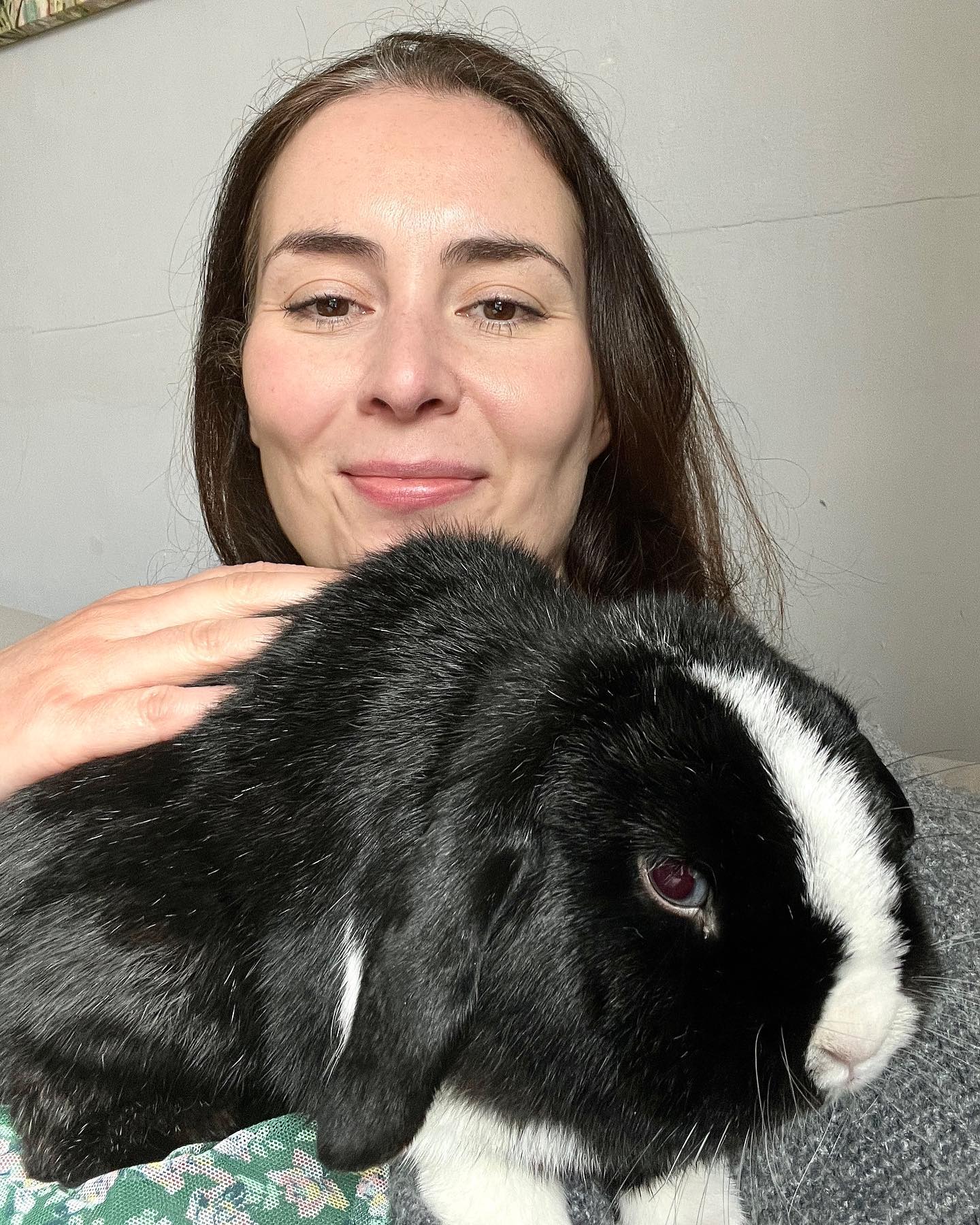 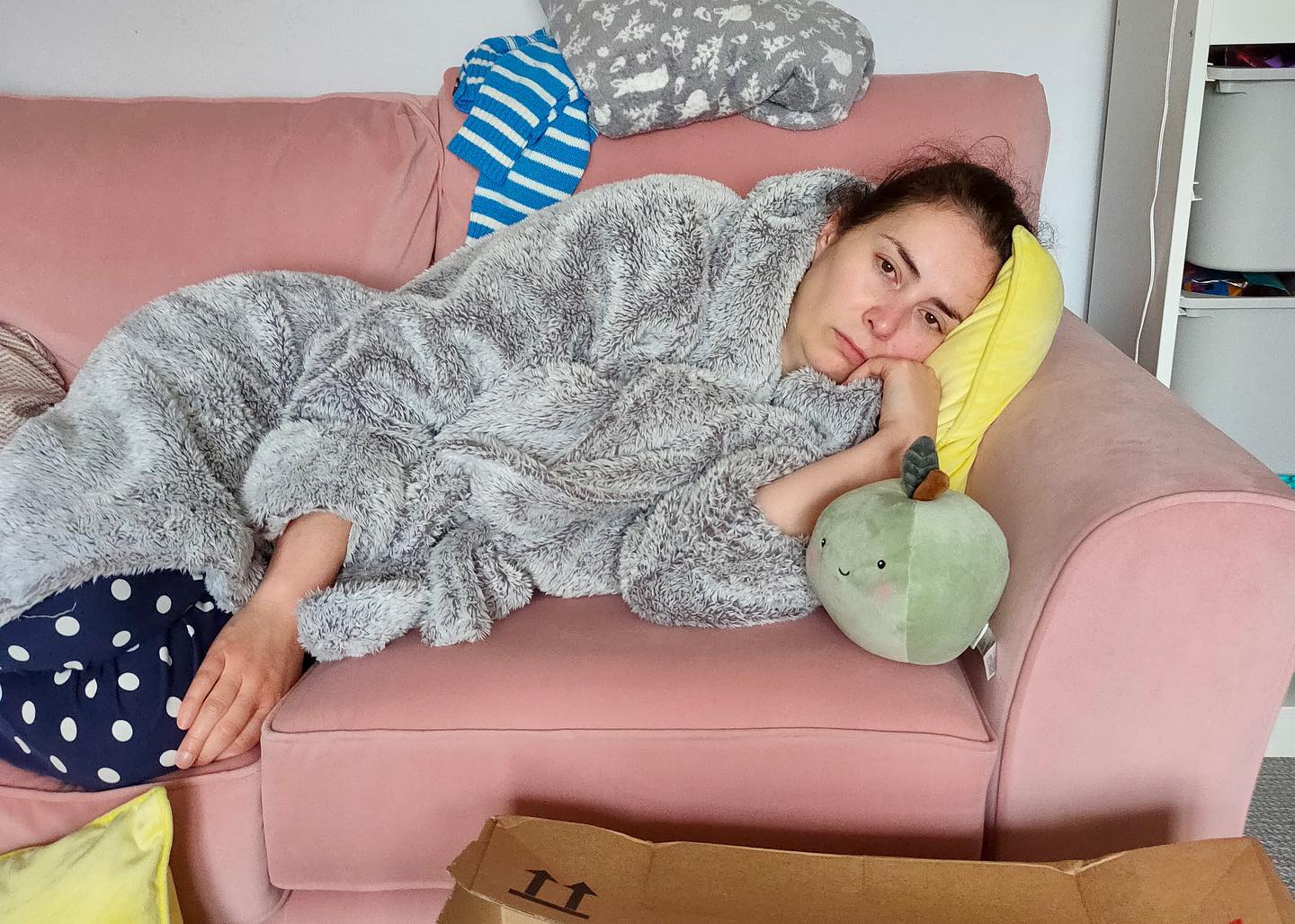