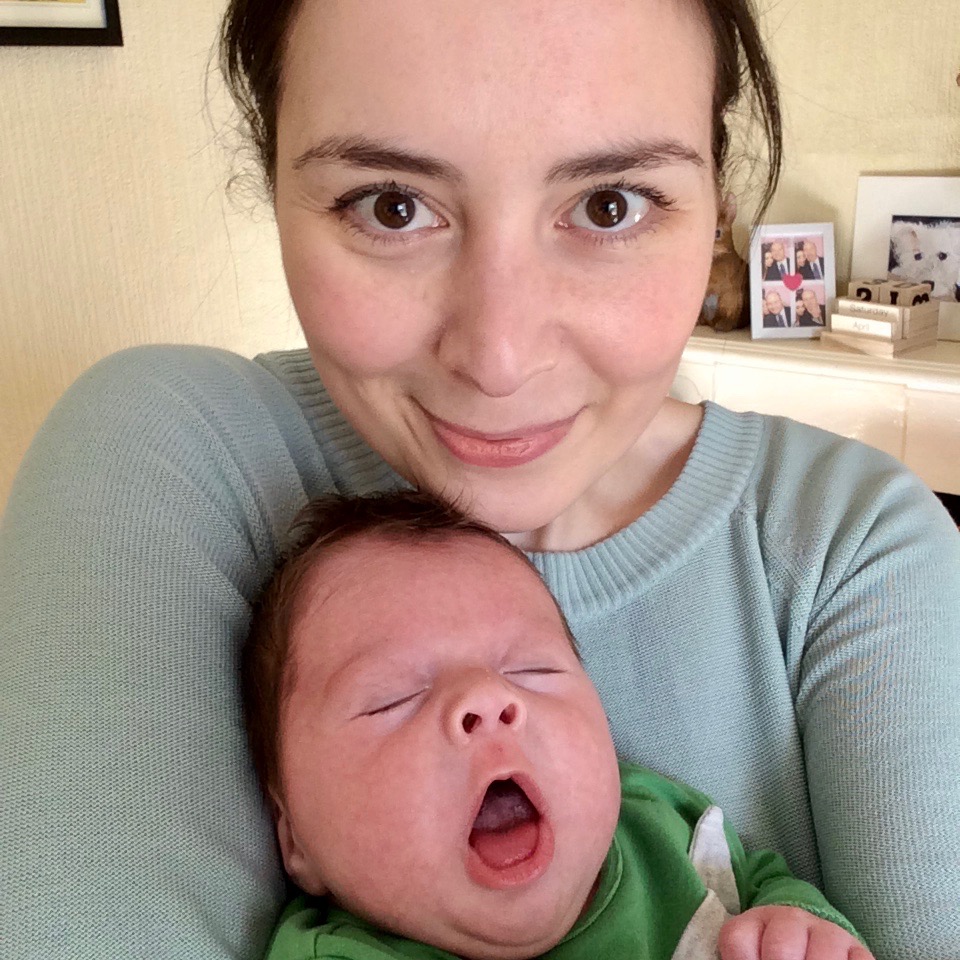 10 Realities I Never Expected As A Newly Made Mum

When you imagine what something may be like, you can generally guess and have a good idea of the experience.  Like having a baby.  Labour will be somewhat painful, baby will pop out one way or another, and you’ll go home – right?  Let’s just say when it came to my turn on the gas and air, I’d wished the books had been a bit more honest about childbirth and the blur right after.  Bits that were quite weird, sometimes a bit scary and occasionally a little gross, but however it went and as much as I’d protested, I’ll probably put myself through again (so long as the memories have softened enough).  What we do for love, eh? I was either naive or completely deluded when I expected becoming a mum would be relatively straight forward.  Not that I imagined it to be a walk in the park, I did have a painful pregnancy after all.  But did I have any clue my periods would take three months to return or realise that a baby that doesn’t know night from day won’t sleep at the conventional bedtime?  So the reality of recovering from childbirth and my newly acquired motherhood status was a complete culture shock to say the least.

Here’s my top ten moments of my delivery and post birth experience I never expected, was a bit freaked out by and couldn’t have prepared myself for. 1. The After-Birth Period
Also known as lochia, this is the uterus spring clean that gets shot of all the bloody afterbirth remnants once baby has arrived and the placenta’s delivered.  If I thought my periods were heavy flow before, this was a torrential downpour and legitimately the world’s longest period.  I soaked through mountains of super size sanitary towels for three weeks before any sign of stopping.  (After all that blood, to be honest I was glad not to see my period for some months.)

2. The Anxiety
I’d heard about the baby blues but this was not it.  Right after the birth my simmering anxiety just boiled over.  The toxic feeling that the scary big wide world was my baby’s enemy was so overwhelming I couldn’t breathe.  When Reuben was finally released from the neo-natal unit and brought to my room I was acutely aware of feeling so inadequate and unprepared.  I worried insanely that I was doing everything wrong, panicked I wouldn’t know what to do before anything happened, and the paranoid thoughts that the midwives would be thinking I was useless bored relentlessly into my brain.  Then we had to leave the hospital.   It was horrendous and I cried through our first car journey home. 3. Comfort Fit All The Way
So I knew all about the big pants.  What I didn’t know was how they’d literally become a part of me in the weeks proceeding the birth.  Along with my baggiest jumpers and maternity leggings, these big fit belly huggers were a reassuring hug in the midst of turmoil, and were just too comfy to pack away.

4. Bye Bye Pelvic Floor
With a baby the size of a large honeydew melon pushing itself out from me I fully expected my pelvic floor to take a trashing.  I also expected it to still be there afterward and, you know, do it’s thing.  Now I didn’t pee myself but I have no idea how I hadn’t as I remember the feeling of not having any feeling down there.  You know when you do that pelvic floor exercise and squeeze to hold your pee?  I could feel nothing, like I had no pelvic floor.  I was devastated that was it.  After lots of TLC I’m relieved to confirm I do still have a pelvic floor (a very crappy work in progress, but a pelvic floor all the same.) 5. Elephant Feet
This was an after effect from the litres of fluids I had pumped through me for 30 odd hours and laying on my backside for as long, that no-one warned me about.  Continuing to lay on my hospital bed for days did not help the elephant feet situation either.  (In fact it wasn’t just my feet, it was my whole lower leg and even my fingers, so much so I couldn’t wear my wedding ring.)  But my feet didn’t just look grotesque, they were ridiculously uncomfortable and impossible to wear shoes (I had to go home wearing my slippers and it was raining!)  I genuinely thought my feet were about to explode, they felt that tight, hot, and pulsed like a half dead puffer fish.  Normal feet resumed two weeks later.  Phew!

6. Leaky Rock Boobs
Knowing my boobs would produce milk that I wasn’t going to use, I fully expected my supply to dry up.  I never imagined to the extent of exactly how this drying up process would feel, how it would prolong for what felt like endless days, and how it would make sleeping the least comfortable experience since sleeping like an enormous whale, the soreness multiplied tenfold.  For at least a week my boobs weren’t just rocks, they were throbbing hot lava shells.  And the so called drying up stage didn’t manifest for over two months. TWO MONTHS of sticky colostrum oozing, pyjama top staining, sensitive and sore nipples that required endless pads in my bra – and a bra to bed – until they realised they were never going to nurse.

7.  Sleep Deprivation
This is one that I did spend a fair while  imagining how I’d cope before the little one made their grand appearance.  How does someone stay awake round the clock?  Like, be on call 24/7, with little to no sleep, and feed/nappy change/entertain/soothe a baby as if you’ve slept for a lifetime?  You zombie it.  And cry.  Lots (as I did).  Flake out whenever you pass the bedroom following nappy change in the bathroom, and argue with and treasure your significant other while you both trudge through weeks of zombie apocalypse blur.  But the lack of sleep doesn’t last forever and I was so relieved when I could actually nod off for more than an hour at a time.  And I swear, even after a night of tears and terrible sleep I still woke up in the best of moods just by looking at the cutest little face in the bedroom. 8. Baby Bowels & Pee Fountains
Since the moment Reuben was born he pooped non stop (and I literally mean it, he pooped all over me the minute the midwife delivered him.)  Every nappy, every two hours was a poop attack.  And what made the nappy change worse was the spray of pee that would gush like a hosepipe at a moment I was never prepared for.  I never seemed to time it right with the nappy and would often have a dual poop and pee attack messing the whole tidy scene up for me. Sleepsuits and vests were changed as regularly as my breakdown and muslins became my nappy changing best friend.  I had no idea that such a tiny person could poop so much and fart as loud as an adult without so much of any dignity until our little dude came along. 10.  How big a tiny person could be
At a neat 7lb 4oz my baby was a delicate bundle of cuteness and I was completely fooled by his mini me size.  He drowned in newborn sleepsuits and looked lost in his car seat, but Reuben was not going to take his miniature person status laying down.  You see he never did like his moses basket like plenty other babies do, from day one he liked to sprawl and occupy all the space going (and more).  Take our bed for example, he doesn’t just lay there in the smallest nook of your arm, he star fishes the place out of the bed.  And as far from the plan ever was, Reuben’s two cots (yes, TWO cots) are barely occupied because he likes our bed.  I’d say we’re co-sleeping but really we’re watching Reuben sleep in his big bed.

How have you found parenthood to be different than you went in expecting?  Have some parts been easier than you imagined or has it been a total eye opener since becoming a mum?  I’d love to read your experiences in the comments below.