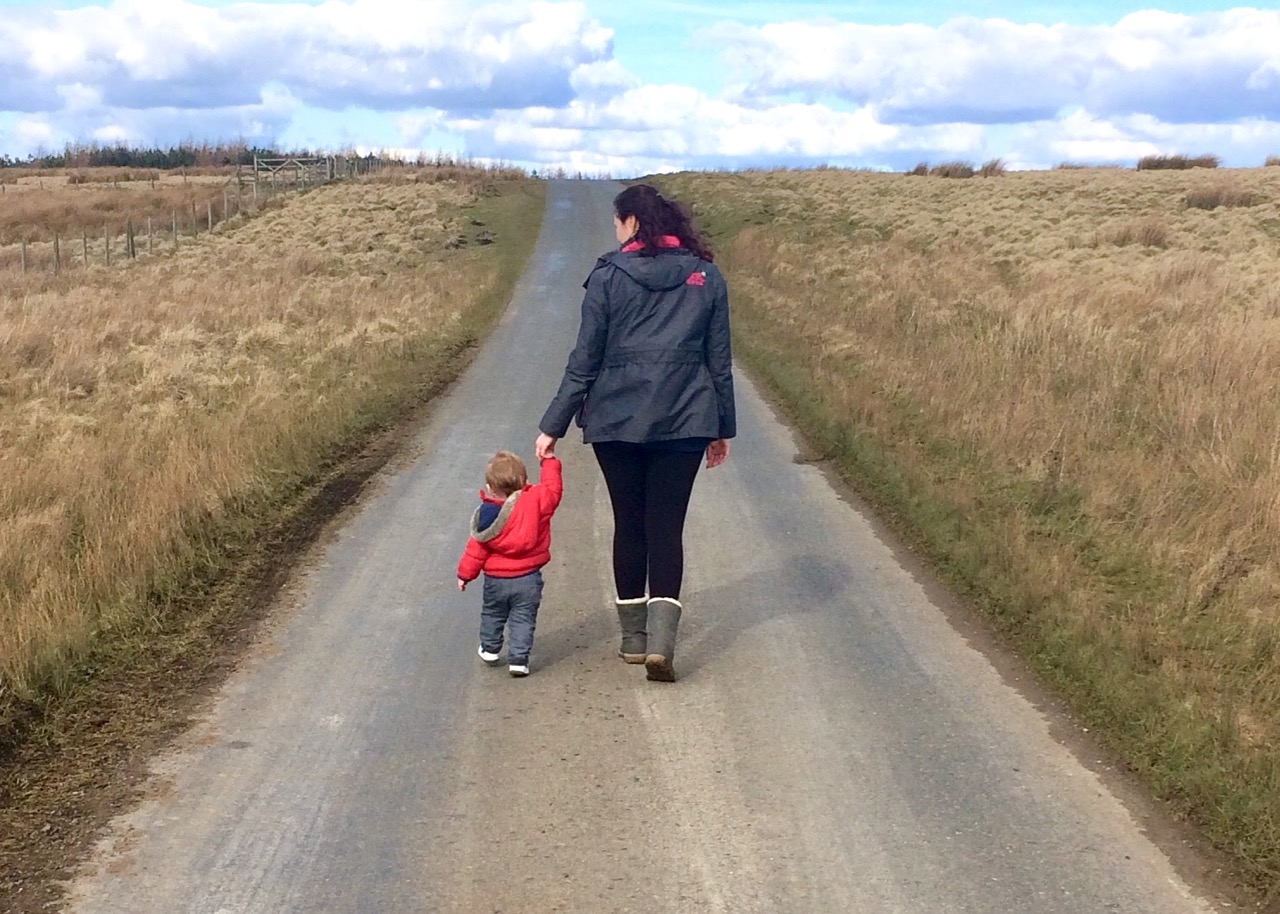 For as long as I’ve been a mother I’ve had anxiety.  To me, motherhood and anxiety are one and I don’t see a horizon on this tumultuous sea of worry.

People love to tell you that anxiety comes with being a parent.  Mums and dads will worry about their offspring, whether they’re little ones or grown up.  It’s life.  It’s what a ‘good parent’ does.  But they’re wrong.  Being concerned for your child’s wellbeing is one thing, having your life dominated by constant hypothetical worry is totally different.  Anxiety is not normal and it’s not fair to allow struggling parents to think it is.

Look at me.  What do you see?  Do I look like I have anxiety?  When you see me carrying my child, do you know what’s racing through my mind?  Can you tell by my smile that I’m afraid?

Where my anxiety begins and ‘normal’ parental anguish ends is a blur, so on the face of it, I’m just your typical Mum. I can still laugh and dress myself well, I can hold a conversation and play with my son.  Even if you witnessed me at my least approachable, you’d likely see little difference between me and the next mother.  Doesn’t every mum get cross and nervous that the other mums are judging?  But how I’m perceived from the outside doesn’t honestly reflect the emotional battle within me.  Inside, the thumping beat of my heart sets the pace of a rapid boil and before I know it I’m preparing to pounce on my prey or flee from the predator. A year ago I gave birth to my son, Reuben, and was diagnosed with general anxiety disorder (GAD).   My baby’s start in life began with a stay in neonatal care and I struggled with my sudden parental role.  The first night after the birth I felt numb to the reality that my baby lay hundreds of feet away from my bedside wired up to monitors; I was exhausted, sleep deprived and emotionally in shock.  And when my vulnerable little baby was well enough to come join me on the maternity ward, my first instinct was to panic.  I didn’t know any other, but the midwives knew I wasn’t well.

Like any mum in my position, I was worried for my baby.  I worried what I, as his mum, should be doing for him – and the when, and the how.  But I was too distressed to think straight, shaky and distraught over every cry, and too high on stress induced adrenaline to relax and sleep.   I handled changing a nappy like I was disengaging a bomb.  Motherhood wasn’t just daunting, it was frightening and it was an alien feeling I had to fight.

Over time, as my little one began to sleep more between feeds and nappy changes, the breathing space began to settle in.  I could relax a little and short naps offered nuggets of much needed energy.  I tried to relinquish responsibility at night times, when the fear intensified the most.  Dad made the milk up and fed every other hour, while I tended to the nappy and stressed and shouted and escaped to the living room just to feel the problem was eliminated.  But it never did because the problem was in me.  Night-time closed in on us, the hours dark and long, and the oxygen drained from within the confines of the bedroom walls making the despair so much more relentless.   I hated the nights and I hated what I became in them.  Yet come morning, the darkness washed away and the new day promised hope; I was still tired but the light of day felt like fresh air in the lungs.

As long as those intense early months felt, my newborn has overnight turned into a toddler.  He’s strong in body and mind; inquisitive and intelligent.  I look at my son and wonder, with the reins of my anxiety harnessing him, just how he managed to break through with his adventurous spirit.   Was it learnt from me or was it to break free?

Whilst I’ve learnt to deal with some of the stresses, I’m still struggling with strong emotion and anxiety attacks that arise from nowhere.   I still cry when I feel overwhelmed or ashamed.  I still get enraged and snappy with the ones I love most.  The constant mental anguish that fought the early hours crying is now released in intermittent bursts juggling opened drawers and toilet brushes.  And the worry over outdoor nappy changing or making up a feed on the go has evolved into chasing a curious toddler who wants to experience the world without the confines of his pushchair. Motherhood is a battleground; physically challenging and mentally exhausting.  So motherhood with anxiety is a highly emotive mix.  But because I’ve established my role on the backbone of anxiety, I don’t understand how to be any different.  I don’t see an end to the need for panicking or foreseeing danger and protecting my child from it; everything is a threat with a persisting call to action.

Being a mum with anxiety has made adapting to life’s new way so hard.  I can’t cope with parenting alone and for the foreseeable future I’m going to still need Reuben’s dad commandeering the ship.  I never feel an adequate mum.  When I feel low I feel embarrassed I can’t parent all by myself from morning til dusk like many other mums have to do.  And I’m not so great at self care so when I should be kinder to myself I instead want to disappear and mull over my insecurities.

As my first born child recently turned one, it also marks the anniversary I’ve officially lived with my clinical condition.  It was a year ago that I began taking prescription medication the day I left the hospital with my newborn, and I’ve had ongoing intensive CBT therapy for the past seven months.

But may this be clear – anxiety is not me as I am not my anxiety. It does not define me nor draw a line under me. But it is part of my story and this is me for this moment. Life as a mother with anxiety is still challenging, it will be even when my anxiety is finally written off.  So as long as it takes I’m battling on – because this bit I can do and is what being a good mum is all about.

Are you a mum or dad fighting anxiety?  Does mental illness interfere with your parenting role?  I’m keen to hear from anyone else living with mental ill health, whether you’re a parent or not, have tips for making the most of it or if you just need some support or someone to chat to.  Do leave your comments below.