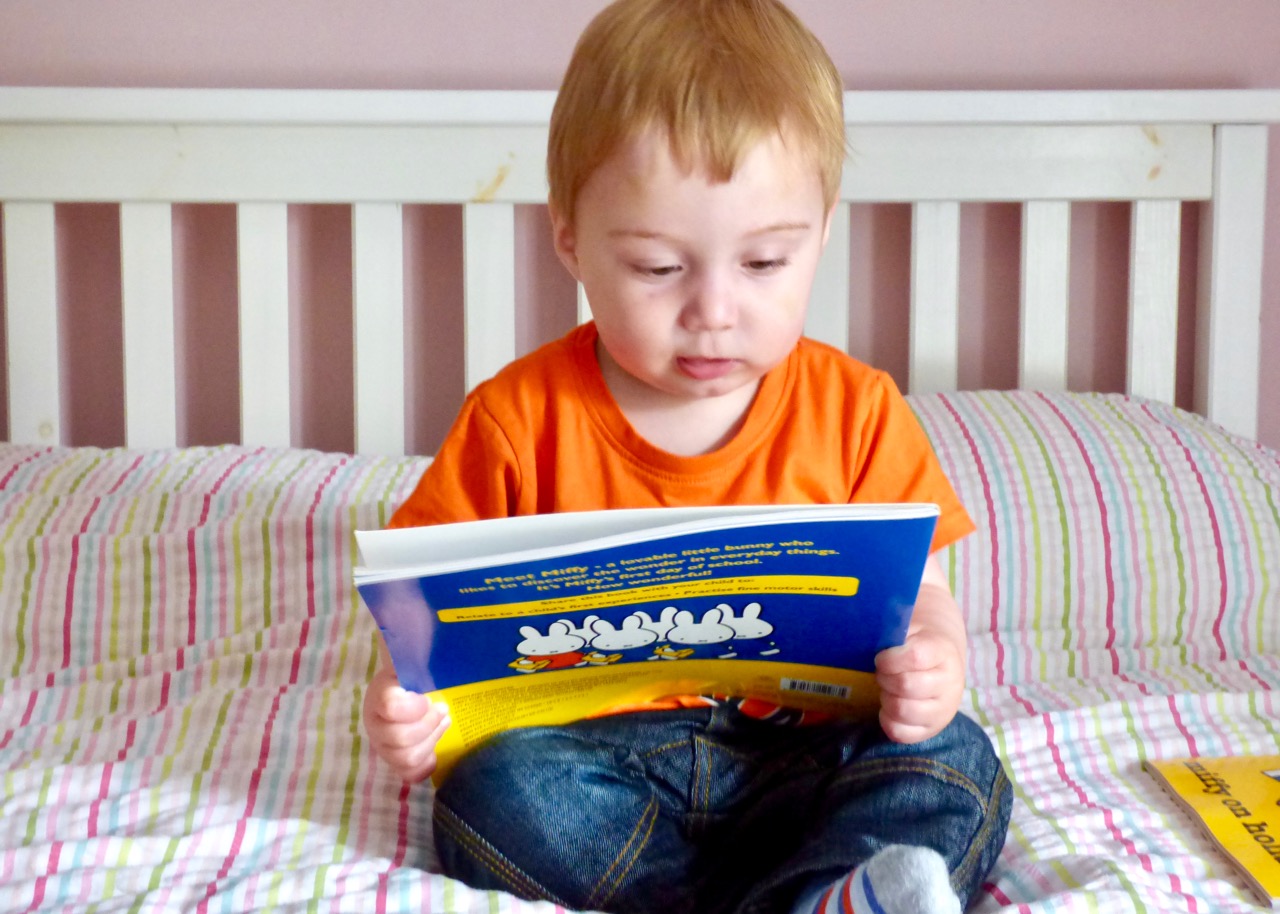 If you’ve ever walked into a bookshop or library you’ll have noticed the immense children’s section.  Kids’ books are big business because they’re so popular – what child doesn’t like to be read an exciting tale or find intrigue in the pages of a flap book?  Wide choice is great to have but sometimes finding the right sort of book for your child’s level of development can be overwhelming.  That’s when I feel drawn to the old favourites and modern classics I recall from my own childhood.

Miffy is one of those much loved book characters I grew up learning to read with.  The books – short, simple stories following the life experiences of a young girl bunny – have actually been around since the 50s and they’re just as popularly read by families today, making Miffy one of the most instantly recognisable brands in children’s literary.

But let’s not get ahead ourselves.  Miffy’s iconic because the books are a fab little read!  Uncomplicated storylines that are easy for young minds to digest and brought to life with gloriously bold coloured pictures defined by broad black outlines.  The result is a chunky, minimal visual that little ones readily engage with and can learn from even before their first spoken word. Reuben recently received a package of Miffy books to discover: Miffy The Artist, Miffy on Holiday and Miffy’s First Day.  While they’re more targeted at young readers, Reuben still enjoys looking through books and having them read to him.

Miffy The Artist is a hard back book that’s durable and an easy size to handle.  It tells the story of Miffy visiting an art gallery with her mum and going back home to become an artist herself.

This one’s a lovely story because Miffy draws lots of pictures for her own gallery, and it mentions shapes and colours, all of which Reuben is noticing at the moment.  On the page where it says Miffy drew some shapes like her building blocks, Reuben looked down at his baby walker full of blocks and brought some to the book.  So it was really nice how the story was getting him to think. Miffy On Holiday and Miffy’s First Day are two soft cover activity books that encourage the young reader to build up the picture to the story using the enclosed pages of stickers.  In the Miffy on Holiday story, Miffy goes on her first family holiday to the seaside.  And Miffy starts her exciting school journey in Miffy’s First Day.

The sticker books are great because they’re much more involved than simply reading or listening to the story.  With three suggested pictures of stickers on each page, beneath the story passage, it involves you more with what’s happening in the story and it’s a great way of learning more about items that link to a certain topic.  A page in Miffy’s First Day prompts you to add stickers of toys to the toy shelf, so you find the stickers of the three toys it shows and put them on that page.

Something I thought funny was the little boy rabbit called Dan who Miffy meets on her first day at school.  We have two house rabbits, one called Danny, so to Reuben this was like Miffy met his furry friend, Danny. Reuben really likes these two books, this I know partly because I keep finding Miffy stickers everywhere!  He often brings them out of his book box for us to read through, and he knows where the stickers are.  He’ll try to remove the stickers himself, but mostly it’s for us to peel them off for him.  Not that the stickers stay anywhere they’re meant to, Reuben picks them back off and repositions them.  Well, whatever’s keeping him engaged!

Now the books have introduced Reuben to the world of Miffy he’s been quite interested in it.  We found some Miffy cartoons to watch and he thought it was funny recognising what he’d seen in the books.  So it’s official, Reuben likes a bit of Miffy.  Which isn’t surprising really when he has his very own Miffy or rather Miffy’s friend, Dan, at home.

Buy Miffy On Holiday and Miffy’s First Day from Amazon*

Buy Miffy The Artist from Tate

What do your little ones like to read?  Do they like the simple but effective Miffy books?  Do they have another favourite book character?  I’d love to hear what your toddlers are reading – or looking at!