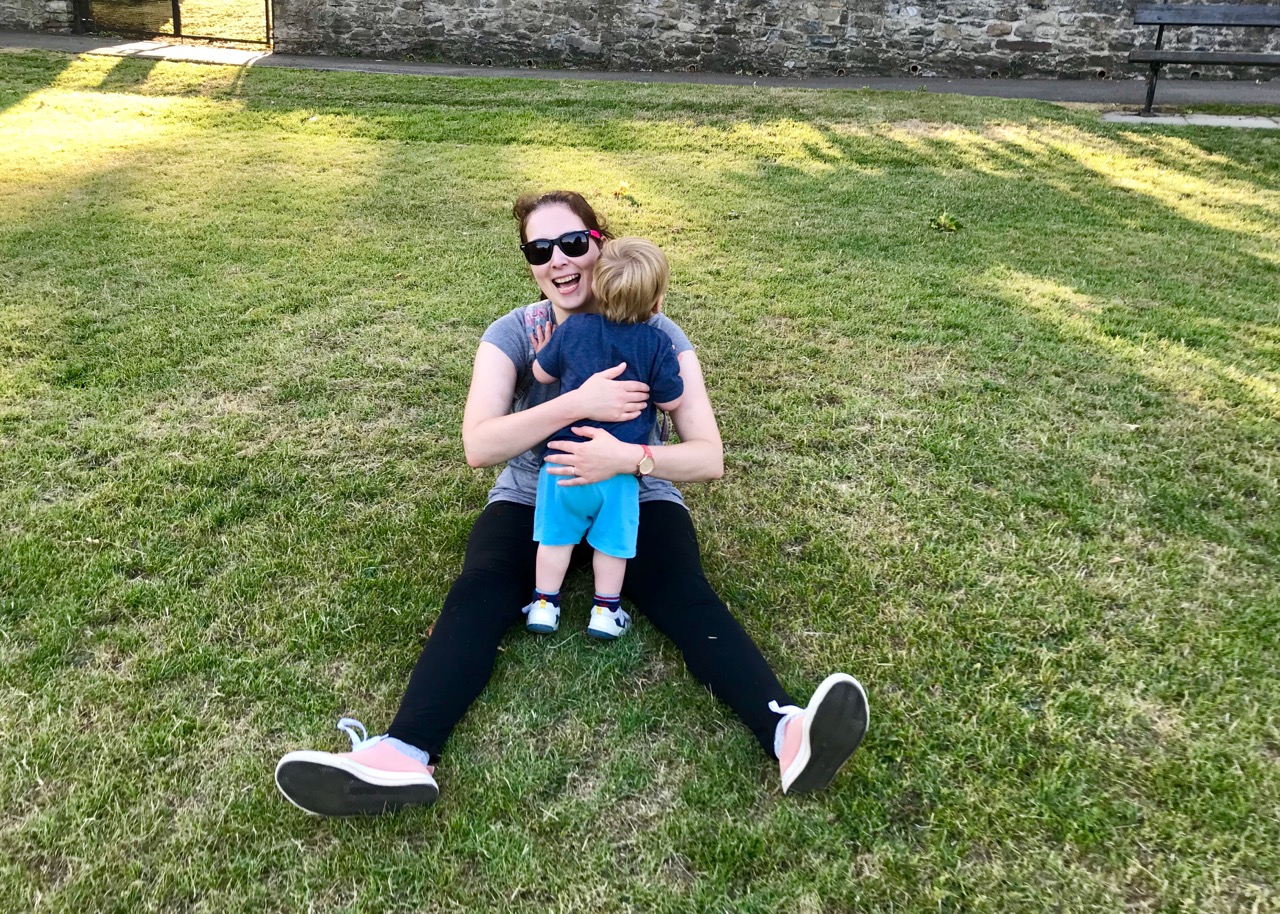 ANXIETY | I’m Happy But I Still Think About Suicide I don’t wake up thinking, “How can I end my life today?” I don’t hate my life.  In fact, I’m very happy.  I love being a mum, being married, living the middle life.  But time and time again I catch myself in my own net – an anxiety attack explodes from within me out of nowhere, throwing me into incomprehensible panic and rage and an overwhelming urge to escape.  Out of the room, out of the house, out of the window.

While I may think these suicidal thoughts and feel low, I don’t have depression.  I’ve had depression, I’m familiar with the ‘black dog’; there’s been times so dark in my life I’ve not wanted to live, when my life had no purpose and I despaired because of it’s worthlessness.  But with my anxiety disorder, it’s different.  I still find myself considering ways out, it’s just borne out of a totally different place.  It’s my way out, not because I want to die, but because it’s my remedy.

And it’s made me realise – there’s no one type of suicidal thinking, nor is there a typical person susceptible to suicide because suicide doesn’t come in one simple format.

Ever since I became a mum early last year, my parenting struggle has been of no secret.  From day one I cried for help and was lucky to receive the support I needed through the mental health service and my church.  I had my husband.  I had my family.   People were there for me and present.  Yet I still struggled internally.  I still wanted out.  When I was in hospital with my four day old son, cooped up, not knowing what was wrong and when we’d go home, I had an anxiety attack and walked out of the ward.  I didn’t want to leave him, I didn’t want to die, I just wanted OUT.  And the only logical way my mind could interpret that was by suicide.

The problem with mental illness is no one can genuinely understand your mind because it’s happening only to you.  Whatever thoughts you hear or emotions you feel, it’s your own mind’s narrative. It’s still only me fighting the fight.

Whenever I’ve been ill with depression, my suicidal thinking has found its foothold.  It’s taken root in my melancholic mindset when I’ve disengaged from life and not wanted to exist anymore.  My circumstances fed my suicidal thinking.  And in a loosely similar way, the suicidal thinking I experience through my anxiety today is also linked to my current state of mind.  There’s also a triggering circumstance.  But how it manifests couldn’t be less comparative.

My anxiety attacks escalate so rapidly it’s always difficult to figure what went wrong.  What was the trigger and where did it come from.  And because I never seem to see it coming, I’m always caught off guard.   Despite receiving intensive therapy for my GAD (generalised anxiety disorder), which basically means anything and everything can trigger my anxiety, I still react in the same old way, fight it or flee from it.  And just like that I’m responding to a call of emergency where my anxious rage takes over, and before I know it I’m, yet again, sitting at my open window ledge gearing up for the jump.

Yesterday it happened again while we were shopping.  The trigger?  Possibly Reuben crying; maybe my tiredness.  Could also have been my anxiety just shopping with my little one.  The public episodes are the worst because the anxiety just implodes.  You’re expected to be reasonable – it’s anti-social of you to have a panic attack or upset in public. So while I felt this panic creeping, I tried to stifle it and press on.  I was fighting it and that is the one thing you don’t want to be doing if an all out explosive anxiety attack should not be happening next.

I needed to leave.  I couldn’t cope any longer and I couldn’t ignore my panic.  Staff were looking at me, their glares heating me up into a nervous sweat, intensifying the thump of my heartbeat.  I discarded what I’d gathered in the trolley onto the nearest shelf and went.  But then I remembered I was pushing the pushchair and had to turn back, still in my stressed confusion.  Half angry, half upset, I lashed out at my husband.  This was it.  I had hit rock bottom.  Grabbing hold of the pushchair and taking my son in one arm, I marched to leave the shop but found I couldn’t – I was literally trapped.  Trapped in my hell hole.  The barriers at the tills were blocking my exit, and a lady getting served wouldn’t let me through.  So I just stood there in the middle of the shop and cried.

When we finally left the shop I felt emotionally on fire – consumed by a charge of adrenaline, I was fighting and fleeing.  I wanted out.  And I wanted out out.

I admit, I probably experience two kinds of suicidal thinking.  That immediate need to be non-existent, to be rid of a circumstance or emotion I can’t process.  Then the depressive thinking that follows, when the adrenaline calls ceasefire and you slide down from the treacherous high, leaving you exposed, exhausted, broken and utterly ashamed.  Then I think I ought to die.

I never want to die though.  I am still, mostly, a generally happy person.  I love my life being a mum.  But sometimes – these times – I really feel like my son doesn’t deserve this – me, being like this – and it’s for him why I don’t think I should exist – yet he’s also the reason why I do continue to.

Reasons to be Thankful for Hitting 40
10 Ways We're Preparing to Start Nursery [In an Anxious Post Lockdown World]
ANXIETY IN CRISIS | 12 Encouraging Bible Scriptures You Need To Hear Today
Grey Hair Despair : The day I realised I was the Look of Anxiety
anxiety mental health motherhood