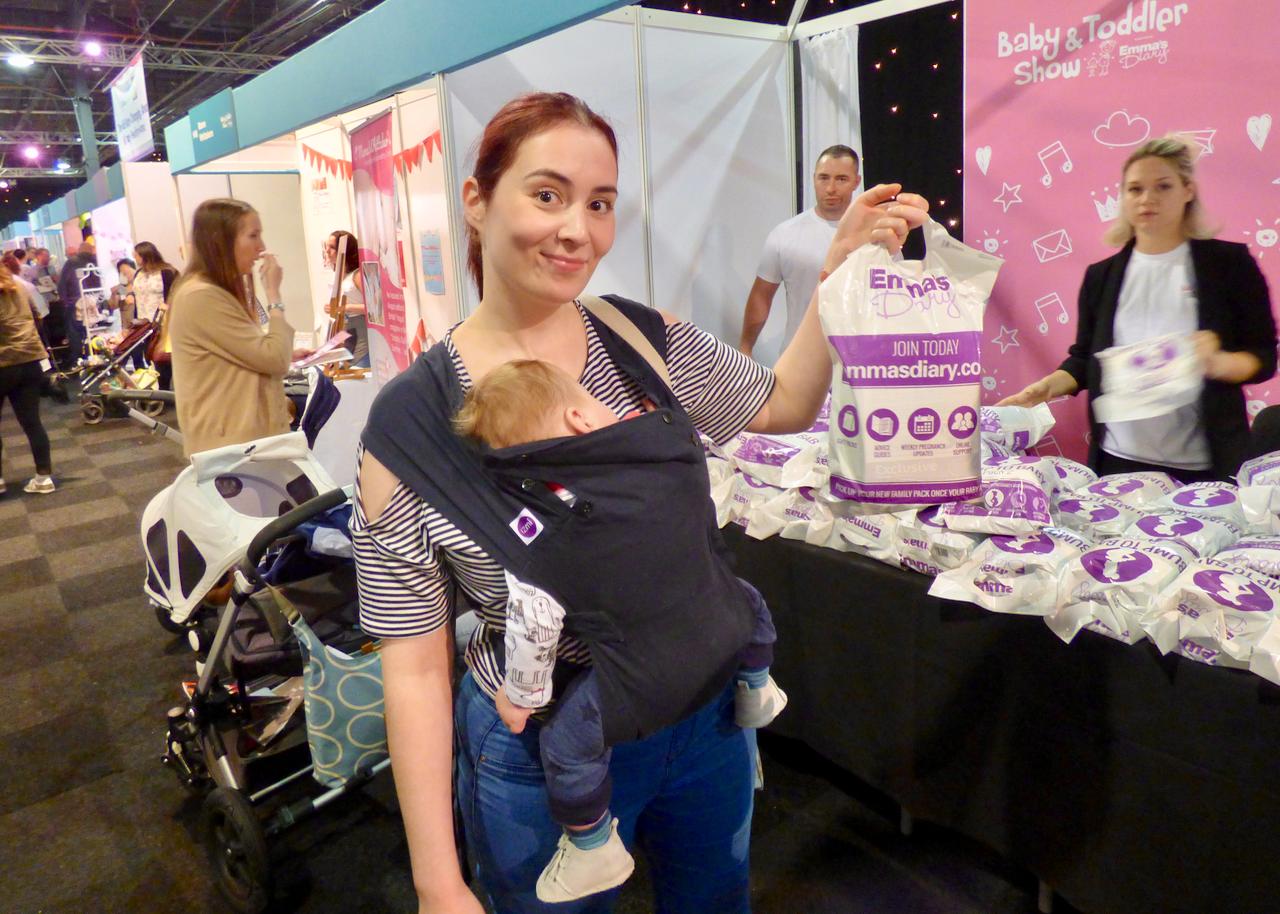 Reuben enjoys being carried around but I’ve never carried him in a sling as part of my everyday routine.  I’m not what you’d call a babywearer.  Unlike some of my mum friends who just ‘got’ it and naturally took to babywearing or went to the sling libraries, tried a million types of slings and stuck it out, I never really got into the lifestyle.  It’s not that I haven’t tried, or that I’ve never wanted to.  Sometimes I almost feel an un-mumsy mum when I’m pushing Reuben around in his pram or trying to lug him about with aching arms while his friends are snugly tucked into their mum’s chest.   I just never felt I was right for babywearing.

Carrying Reuben close to me, all safe and secure, and I hands-free, is frankly amazing.  It’s cosy, it’s cuddly, I can see what Reuben’s doing and I can walk about without the pram.  Bonus.  So even though I’m not an all day carrying baby around kind of person, I definitely know the benefits to babywearing, and I try to encourage myself to boycott the pram where I feel I can.

One reason why I don’t babywear a lot of the time is down to feeling I need the pram.  The pram isn’t just somewhere for Reuben to sit, it’s just as importantly a carrier for all Reuben’s stuff.  Namely, his changing bag which, while nappies are super light and not a great burden to carry in hand, the weight of Reuben’s feeding kit is.  Being a formula feeder, we cart around 2 flasks of water on top of all the bottles and milk powder and if you’ve ever given me a hand with all my crap you’ll absolutely agree it’s a heavy load to carry on one person.  So while carrying Reuben in my bosom is lovely and all, it’s just not realistic for me.

For those occasions where taking the pram isn’t the best idea – such as last week’s bonfire night where we were crammed like sardines – the pram would have been a nightmare.  Thankfully as it was a family event I had the husband with me so carrying things wasn’t a problem plus I had help getting Reuben into the carrier, so a sling was the most sensible and definitely easier way to transport Reuben on the night. The only sling I bother with these days is our Izmi Baby Carrier, which they kindly sent me back in September.  Those of you who know we went to the Baby and Toddler show will recall that I chatted with Izmi’s designer Emily Williamson, who spoke about how the carrier was conceived and why it’s the style of design that it is.  I was professionally fitted by Izmi’s sling fitters and I carried Reuben in his carrier for the first time, around the show.

The original Izmi carrier (also available in breathable and toddler styles) is an ultra comfortable, lightweight design that combines the best features of a fabric sling and conventional buckle carrier, providing closeness and security.  Not just a comfy carrier for the wearer, it’s a cosy ride for baby too, who benefits from Izmi’s snug design and its ergonomically sound fit. The Izmi carrier comes in a choice of vibrant or classic colourways to suit your taste: teal, purple, mid grey and midnight blue, the latter of which is what I have.  It’s a lovely sapphire shade that’s colourful enough not to detract away from your outfit.

Even though I feel I need assistance putting the Izmi carrier on, it is still pretty simple in how it wears.  There’s only three buckles – one around the waist and two to each side, securing baby reassuringly into the carrier.  The shoulder straps set Izmi’s design apart from any I’ve seen because they not only give the carrier an overall streamlined look, they really do actively distribute weight making it so easy to wear.

While I’ve so far worn the carrier in two ways – parent facing and world facing – Izmi can in fact be worn in four positions, including side carry and back carry.  I like carrying Reuben facing me but of course he prefers world facing.  Either way, it’s great to have the flexibility to wear however which way we all feel like in the moment. The only issue I’ve ever experienced was when I’ve carried Reuben world facing, and it could possibly be down to the way I fit him into the carrier, which brings me to the problem that can arise from self fitting.  If you’re not 100% sure what you’re doing (and I didn’t ask the Izmi fitters at the time how to fit world facing) you can easily fit your baby wrongly.  The carrier really isn’t rocket science to figure out how to wear it, it’s a case of this buckle clips into that buckle, but errors can easily be made with baby positioning and tension applied in the adjustable straps.  I found baby facing outward very painful on my shoulders and lower back, which suggests the waist strap wasn’t tight enough even though I felt it was.  And more concerning than my welfare, Reuben ended up with some very sore legs.  Whether that was down to incorrect positioning, I’m unsure, but it again shows where mistakes in fit can happen. Having Reuben parent facing is my favourite position because I feel more protective and in control over him; I can see how he is and watch him when he sleeps.  Another great reason why this design is so brilliant is that baby is allowed to sleep in the carrier; it’s safe and thanks to some clever positioning of the carrier fabric it can be positioned to whichever side to allow a cosy corner for baby to snuggle down into with extra support.  Reuben’s a real cutie wherever he sleeps but there’s something magical about watching him snooze all snuggled up in his carrier – the sign he’s truly content.

Do you wear your baby in a sling or carrier?  What is it you like about babywearing?  Maybe you’re expecting a baby and considering babywearing.  I’d love to hear your thoughts on baby carriers and slings in the comments below.  Chat soon! 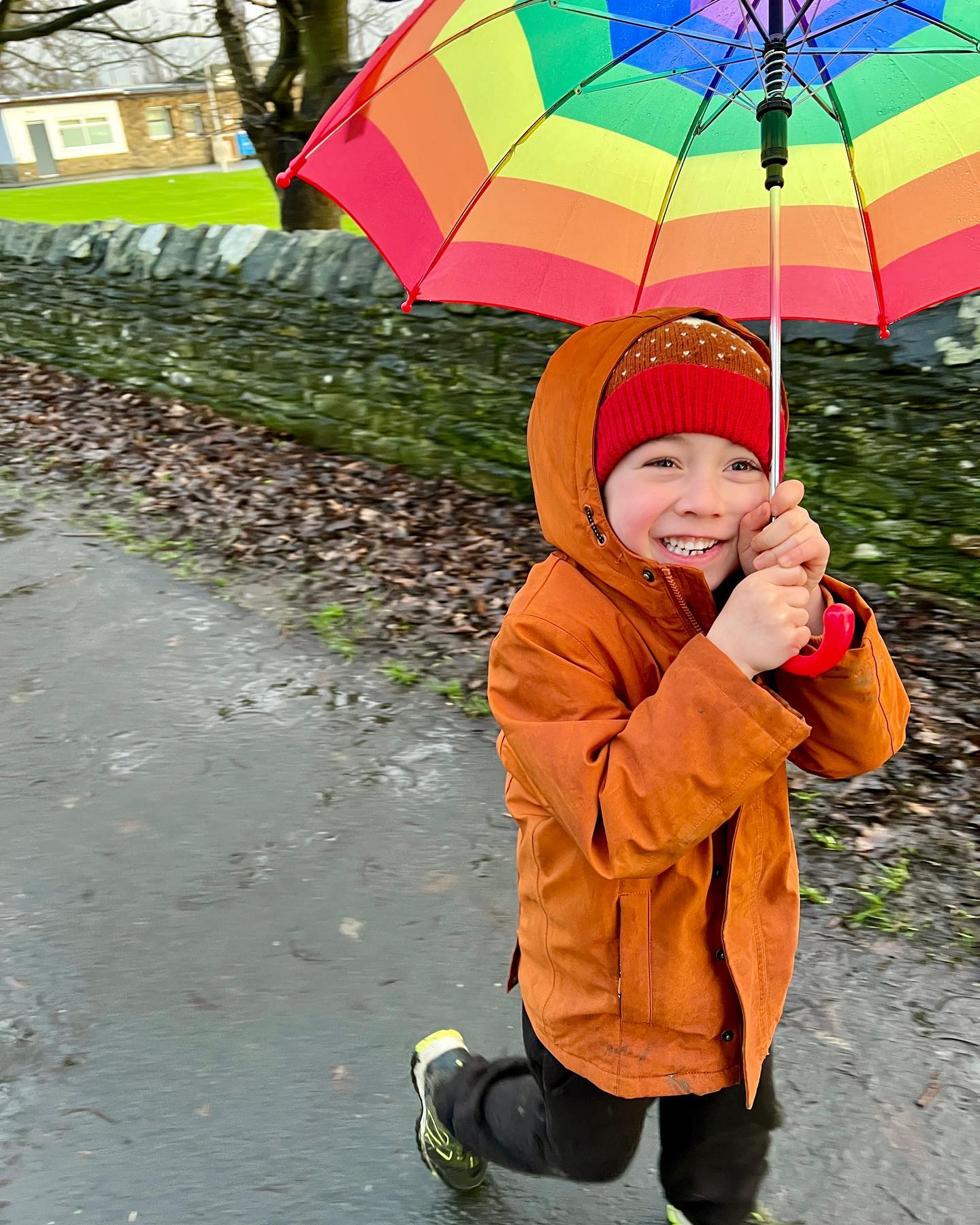 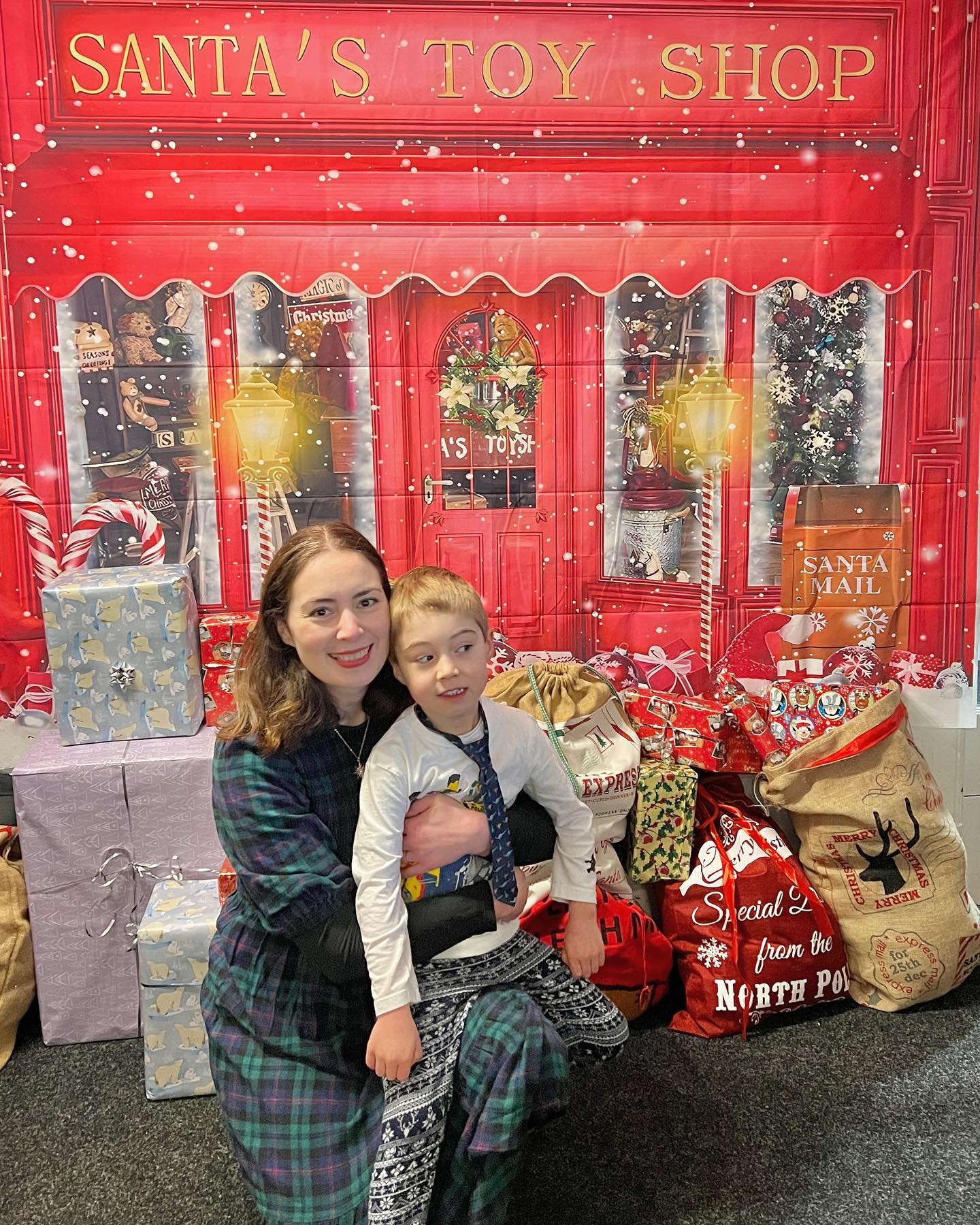