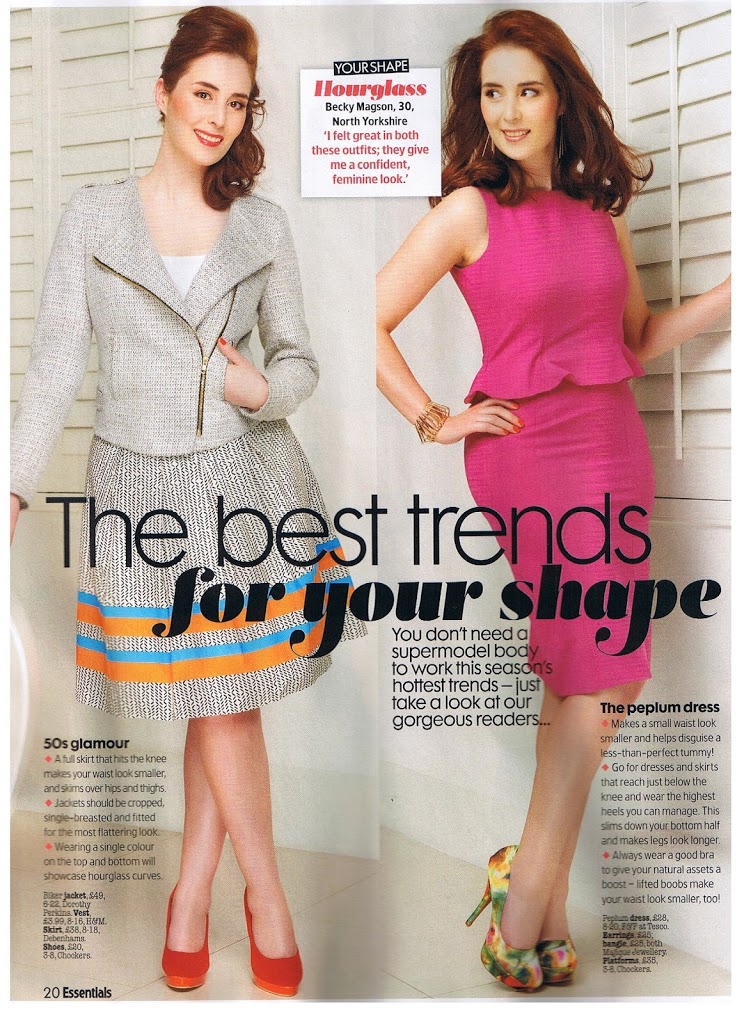 With 2012 drawing to a close, I can’t help but think it’s been a really quick year.  I turned 30 back in February, a milestone I’d long been dreading.  Now with only a matter of days before we toast in 2013 I look back and realise now it’s not been as bad a year as I’d expected it to be.  I haven’t suddenly aged, I haven’t popped my clogs and the world hasn’t stopped turning.  I’ve had tons of ups and downs getting to this point in the year and it hasn’t been plain sailing, but it’s not all been bad.  It’s actually been pretty awesome in parts!  I think, without all the bad bits to go through we wouldn’t appreciate the good as much.  A period of sour makes a moment sweeter.

I’ve been thinking about what I actually got up to this past year, so here’s some of my 2012 I’d like to remember it most by.

1.  I modelled for Essentials Magazine.  I was asked to model for the hour glass figure shape and was printed on a full page when the magazine hit the shelves. 2.  My rabbit lost weight on the PDSA Pet Fit Club.  Bobby was the first rabbit to enter the famous competition and lost 800g of excess weight winning her highly commended (2nd) place.  Bobby’s photos appeared in nationwide publications and worldwide on the Internet. 4.  I was featured in CT Magazine, the publication for fashion lovers and industry insiders which launched this year.  I’m also loving my role as copy editor. 5.  I was a runner up in Freya’s Blog Star competition.  I was gutted not to win but hugely excited and proud to have placed in the final. 6.  I was a Wonderbra Ambassador for the Haul of Fame campaign which was fronted by celebrity stylist, Sophie Stevens. 7.  I started to review lingerie on the blog and write about brands starting with Ohhh Lulu, although I officially started bra reviews in 2011 with my Youtube channel before I was properly fitted in the sizes I wear today.
My first official review in 2011
8.  I was properly bra fitted!  This was the year I found out I wasn’t a 32F but a 28GG/H at Bravissimo.  The passion – or obsession – took off from there.
2013 doesn’t seem so daunting now.  I don’t have a scary birthday coming up and I’m hopeful about the aspirations I’m keen to fulfill.
I hope your year has been a positive one and I wish you all the best for 2013!
Becky x