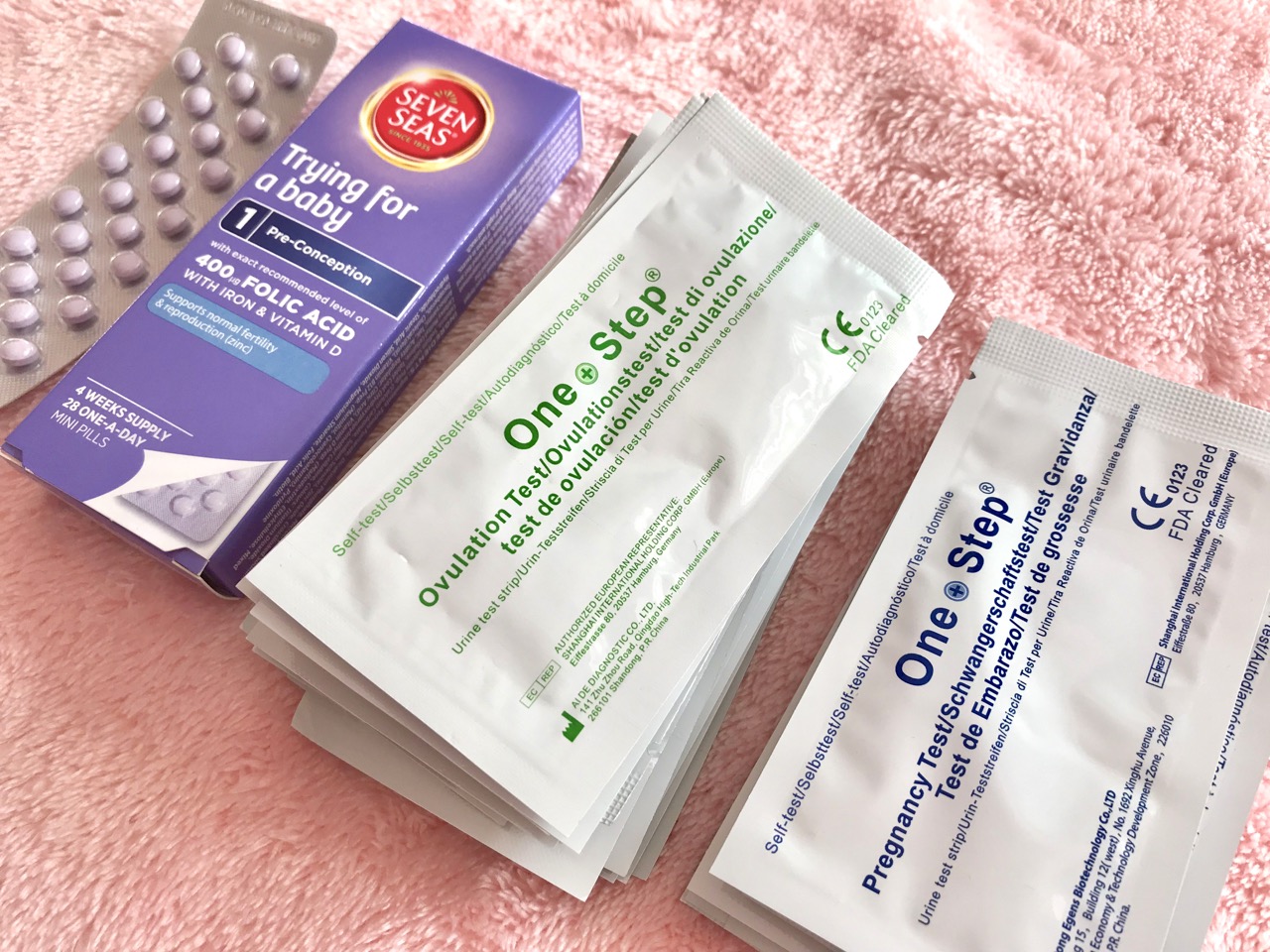 Getting pregnant with Reuben was easy.  After just two months trying to conceive I got my positive.  Baby making, it appeared, wasn’t hard work.  But now I know I was just lucky; now we’re trying for baby number two, it’s of course a different matter.

Since we conceived Reuben back in 2016 things are a little different. Our lifestyle is busier, we have an 18 month old toddler, I have an anxiety disorder, and well, we’re older.  So while keenness for getting a bun in the oven a second time isn’t the problem, life’s complexities is making sure of it. Trying for a baby this time is completely different – and a heck of a lot more stressful.

My age has long been a factor in this need to get a family going.  I’ve been over the other side of the thirty-something hill for a few years now – I was 35 when I had Reuben.  While I spent my twenties shunning the idea of settling down with kids, my thirties surfaced that niggling doubt with every passing birthday.  If I was to do it, I needed to do it now.

But even with my quickly expiring fertility looming over me, I actually wasn’t interested in having another baby after Reuben, not for a long time.  Of course, right after the birth who does feel like doing it all over again – I vowed that that was it for me!  Even once we’d settled into our new life as a threesome, I genuinely felt I didn’t need another child.  I felt complete with just Reuben.  I had that same ‘happy as I am’ attitude I had before Reuben, when I was convinced I didn’t need or want kids, but then I’d got caught up in the idea and I realised I did need him, I just hadn’t known it. So at first, I hadn’t wanted to rush into trying for another baby.  Reuben’s first Christmas was a huge deal, this was about him, and besides, I wanted to enjoy Christmas after spending it heavily pregnant the year before.  But by January the broodiness bubbled up by itself; Reuben’s first birthday was around the corner, filling me with sentimentality of his newborn baby days.  So there was I, naively thinking I’d be nicely expecting by spring.

Fast forward to now: two seasons on, three quarter’s of the way into the year, and… no second baby.

In the grand scheme of things, we’ve not been trying for that long (apparently it’s completely normal to take a year, even two, to get pregnant),  it’s just taking longer than before.  And that’s the downside to falling pregnant easily, because with every failed attempt that’s taken a bit more work and time, you think something’s dreadfully wrong.  It makes you nervous, even a little obsessive, and you begin to stress with every passing month you’ve already been dealt your lot.

Mental anguish lends nothing to the fight.  In fact, it shuts up shop.  That’s what I imagine my ovaries are trying to do anyway.

The irony of anxiety is its ability to perpetuate its endless cycle.  Worry that’s given oxygen cultivates more worry and before you know it, you can’t tell what’s a medical symptom of the anxiety itself and what you’ve worried into reality.  Is the reason I’m not getting pregnant because of my medication or hormonal imbalance due to my anxiety?  Or am I not getting pregnant because of worrying?  And I find myself in the dizzying loop where if I wasn’t this stressed, my reason to stress might not exist. The anxiety I’ve been treated for, which surfaced when Reuben was born, has been a huge ongoing issue; a struggle for myself as a new mother and for us as a family.  Needing physical and mental help, life has been testing – but whatever my anxiety’s root, it’s surely not the thriving environment for a baby.  This is the moment I feel guilty about wanting another baby and begin worrying (yep, there goes that old wheel again) that I’m in no fit state to have another child.  That I’m already failing Reuben.  That I’m not mother material.  And I do wonder whether this negativity subconsciously takes my fertility matters into its own hands.

It’s easy to forget that though getting pregnant with Reuben happened quickly, and we hadn’t experienced worry about getting negatives month in, month out, it wasn’t exactly borne free of concern. We had after all lost our first pregnancy through a missed miscarriage the year before.  Four months before I was pregnant with Reuben I’d lost my Dad.  Two months before, we’d got married.  If stress and anxiety was ever going to affect my chance of carrying a child, surely it would have blighted my pregnancy with Reuben.

And this is probably my ultimate concern; if stress kills fertility, is it killing mine?  High levels of stress can wreak havoc with ovulation cycle, pretty much meaning if I keep on the way I am (ie. a constant stress head) I’ll be keeping on the way I am (e. not a bit pregnant).

Putting anxiety to one side, ovulation – and knowing its timing and acting on it – is clearly key here.  If if I am ovulating then I know all is okay, but if I’m not, I have found my reason.  The only problem is I don’t know if I’m ovulating every month because despite having regular periods and using an ovulation predictor kit I don’t have much luck catching the golden moment.  Am I testing at the wrong times?  Are the tests inferior?  Are we even having sex in my fertile window?  Even though my periods are still timely, it doesn’t necessarily mean I’m ovulating.  So every month I’m unaware if I’ve just missed the timing or if nothing is even happening.  And that’s more reason to stress. According to the NHS: “It’s a good idea to see your GP if you haven’t conceived after a year of trying.  Women aged 36 and over, and anyone who’s already aware they may have fertility problems, should see their GP sooner.”

So I booked an appointment.  We’d been trying six months and my anxiety was as wired as ever.  But nothing happened; no checks like I’d hoped, no tangible advice other than “keep trying” and “don’t worry about it”.  Oh okay then.

Trying for baby number two is not panning out how I thought it would.

The decision to try for a baby again has not been the biggest hurdle like I first believed it would be, but whether my chance begins where my anxiety ends, I’m none the wiser.  While it could be argued stress may be nature’s brutal way of eliminating the risk of pregnancy at an unviable time, there is as much evidence of women carrying babies through incredible times of stress when a baby was not the greatest idea at the time nor wanted.  The human body is much more complex than black and white, capable of amazing things and defying the odds which means though I may stress to the end of my days, I have as much chance of getting pregnant as ever.  (I hope?!)  Well, if a little positivity can help my fight against worrying about worrying…

Do you have any tips on baby making success?  Maybe you’re struggling to conceive too.  I’d love to chat in the discussion box below.