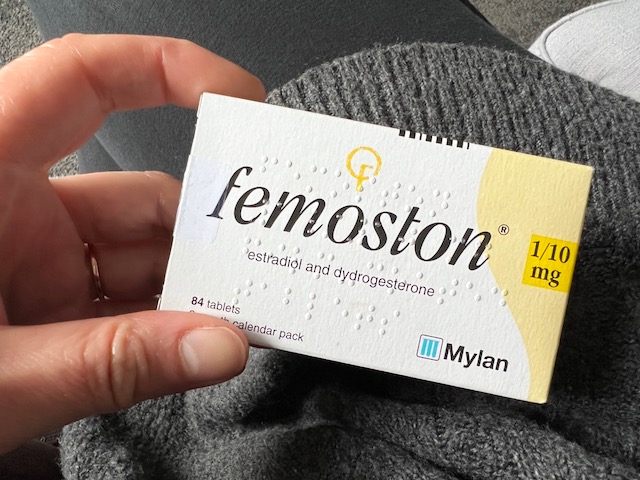 HRT: Treating Primary Ovarian Insufficiency (POI) — and Why it Isn’t *Just* a Case of Infertility

I’ve had a baby so how am I now infertile? That’s the question I’ve asked myself since receiving the shock diagnosis of Primary Ovarian Insufficiency — the chronic health condition that introduced me to the menopausal world of HRT.

Despite being able to naturally conceive, carry to term and birth my own child, a diagnosis of premature ovarian insufficiency — or POI — seemed madness to me. How could I as a relatively new mum also be infertile? Yet having struggled to fall pregnant with a second baby for coming up five years, it’s a reality that has to make sense.

Infertility, when you already have children, feels like a strange-land. You grieve the childless space juxtaposed with the child you were once-over lucky enough to conceive, so you feel the sting of guilt at being the elephant in the room who “just wants more”.

Imagine my overwhelm then, when I discovered what having POI meant to my long-term health. And it didn’t take much to find what the fertility specialist failed to tell me.

A Side Order of Infertility

Reputable health organisations like the NHS, the British Menopause Society, Patient and NICE all agree that POI hits women and girls hard.

Recognised as a clinical syndrome, NICE details on its website that POI is “defined as the transient or permanent loss of ovarian function before the age of 40 years, characterized by menstrual disturbance (amenorrhoea or oligomenorrhoea), and potential spontaneous resumption of ovulation, menstruation, and spontaneous pregnancy.”

Diagnosis of POI is made on analysis of the follicle-stimulating hormone — or FSH — over a several month period together with any corroborating typical menopausal symptoms in patients under 40, so it isn’t a quick process by any means.

To this day I’ve never ceased to have a timely period. Nothing about my menstrual cycle ever caused me to doubt my natural rhythm that could otherwise lead me to consider the onset of peri-menopause. I have, however, long suffered terrible PMS (pre menstrual syndrome) that my doctor would later suggest is likely PMDD (premenstrual dysphoric disorder).

When our fertility testing came to an abrupt end earlier this year with the finding of my POI condition, I was simply told that, for whatever reason, my intermittently firing ovaries aren’t capable of functioning properly, and we were left with nothing more than a letter verifying the news that conception would be a low chance miracle. (So there is that.)

But with an increased risk of diseases such as osteoporosis, stroke and dementia, on top of typical but often heightened menopausal symptoms like mood changes, skin conditions, and night-sweats, it made me realise POI, with its chronic depletion of ovarian follicles and a decrease of sex hormones, isn’t *just* a case of infertility.

This called into question my ability to just function as a normal, healthy person.

Isn’t it just the menopause?

As POI can take years to discover, by the time I was diagnosed I’d hit the upper threshold of the age range at 40 years old. So a person hearing only a snippet of my woes might try to argue I’ve just hit menopause earlier than others. But that’s not the case.

Where menopause is marked by a decline in hormones, which is the normal process as a woman ages, POI is entirely abnormal, and no different to my underactive thyroid disease being organ dysfunction or failure.

According to the British Menopause Society, in a guidance document it published: “Women with POI should be advised to take hormone replacement”, the aim of which, “should be to achieve physiological levels of estradiol.”

What does this mean? Women experiencing ovarian insufficiency or failure need hormone replacement therapy — or HRT — to supplement the body’s natural ability to create and release vital hormones.

Sorry, why did nobody tell me this?!

Upon this fresh revelation, I set myself the task of gaining an appointment with my GP with the hope of a prescription for HRT by the end of it. And much to my huge relief, the doctor had no qualms about it. He was the one who sent me and the husband off for our fertility testing, so all the relevant results were ready to go by. There wasn’t, by any means, a fight to get it.

Yet, the moment I had my HRT medication in hand, a new wave of feelings now descended. I think I was scared.

All of a sudden HRT was this daunting big deal that until now I’d never considered to be anything other than a positive move.

And now as I was about to start taking it, all I could feel was a fear of the unknown and all I could see was this representation of “The End”. That it meant things would change from hereon-in; that I was beyond salvaging. That I’d given up.

My head weighed heavy with all these worries and questions. Would my periods be upset? Would my natural cycle go? Would it put an end to that miracle chance of spontaneous conception?

Would it kill me?

So I didn’t take the tablets straight away; instead I squirrelled the box away into a drawer and cried for two weeks until I’d convinced myself HRT wasn’t actually the end of the world — it was for my good. That it wasn’t particularly risky because it was just about replacing what I naturally lacked. Putting it into perspective really helped me focus on what was best for me, and not solely from the hopeful-parent angle I’d obsessed with.

The doctor prescribed me Femoston; a 28 day cyclical course of 1mg oestrogen for 14 days and then another 14 days of a combined 1mg oestrogen and 10mg dydrogesterone, whereby I’d still experience a menstrual period.

As you start the cycle of Femoston HRT on the first day of your period, it meant I needed to wait for my period to come around.

At first I swallowed my pills along with the rest of my morning drug ritual. Then I ended up in a forum reading that many women were taking their tablet at night because it helped with nauseous feelings, and apparently improved sleep.

And further investigation in the direction of the British Thyroid Foundation led me to find that HRT “may reduce the absorption of thyroxine medication in those with hypothyroidism.” So it made sense to separate the HRT from my levothyroxine and move the HRT to my nighttime meds instead.

It was the beginning of April when I began the HRT. I was skeptical if I’d see any difference, but after about a month I started to notice some improvement in myself. I felt a bit brighter and like my emotions weren’t so all over the place.

Nothing beyond the mood change happened so when the three month prescription had run its course I returned to my gp who increased the dose to 2/10mg — doubling the content of oestrogen — and now that I’ve been taking HRT for seven months, I can see a huge improvement.

I used to suffer cystic acne where I’d get these awfully painful boils coming up on my chin or near my nose every month that I was certain were cycle related. Well my skin’s massively improved to the point I haven’t had these boils for a long time and I only get minor pimples now.

Strangely I still seem to be experiencing a period at the time I’d usually expect it to fall. I’ve been charting my cycle for years using an app that tells me when to expect ovulation (well…) and a period, and it’s been pretty spot on. I can only guess and hope that it means my natural cycle is still somewhere in there amid all the hormone therapy going on.

Will I ever become a mum a second time? Who knows. I’m in a few POI support groups where every now and then someone in a similar boat raises the tempo of the room with a miracle pregnancy announcement. Some say HRT helps POI patients catch that pregnancy — I’m not sure it’s scientifically proven but I hold out hope.

I see now that a POI diagnosis is a journey for me as the woman I am, not just the mother I still hope to be. That my health is paramount. While the serious workload HRT puts in for POI is in the unseen; the protection of bones and reduced risk of having a heart attack or stroke, I’m glad it also means I’m a more bearable person to be around.

It’s a journey of self improvement that both my husband and I take together, infertile or fertile, whichever road it leads us.


DISCLAIMER: This post is based on my own experience and opinion unless otherwise stated. It does not constitute or replace professional medical advice. 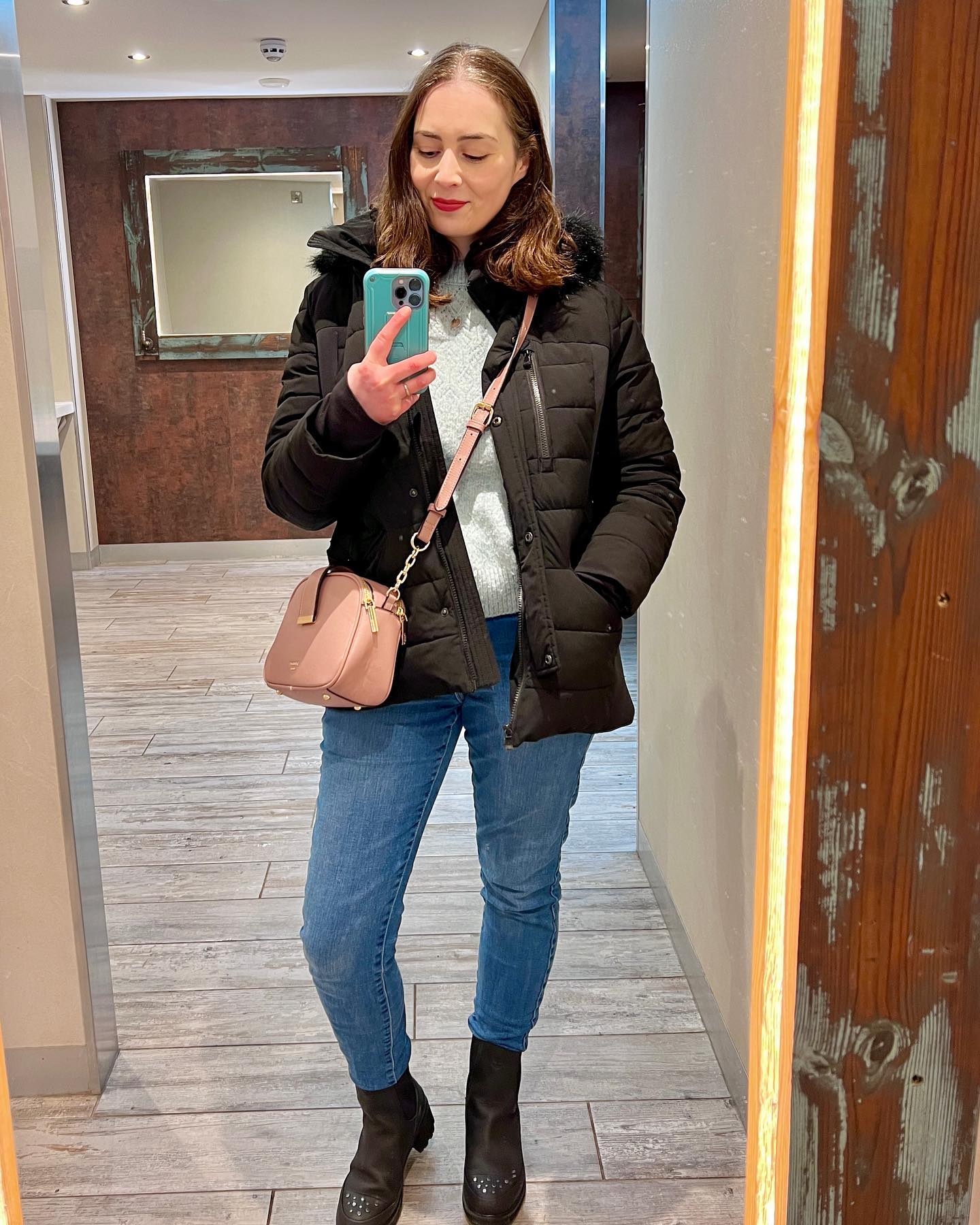 honestly_becky
•
Follow
Had a faaaab birthday today. Tea and cake at the Aske stables Mocha which was lovely. Opened some wonderful presents. (Got new Timberlands and surprised with an engraver.) Said hi to a few cows and a camel, and rounded up the day with a big fat Chinese takeaway with the family. Feeling very stuffed, content and not even a bit older! 😆 #itsmybirthdaytoday #happybirthdaytome #februarybaby #80sbaby #childofthe80s #selfie #ootd #whatiworetoday #newtimberlands #timberlandboots #builtforthebold
View on Instagram |
1/9 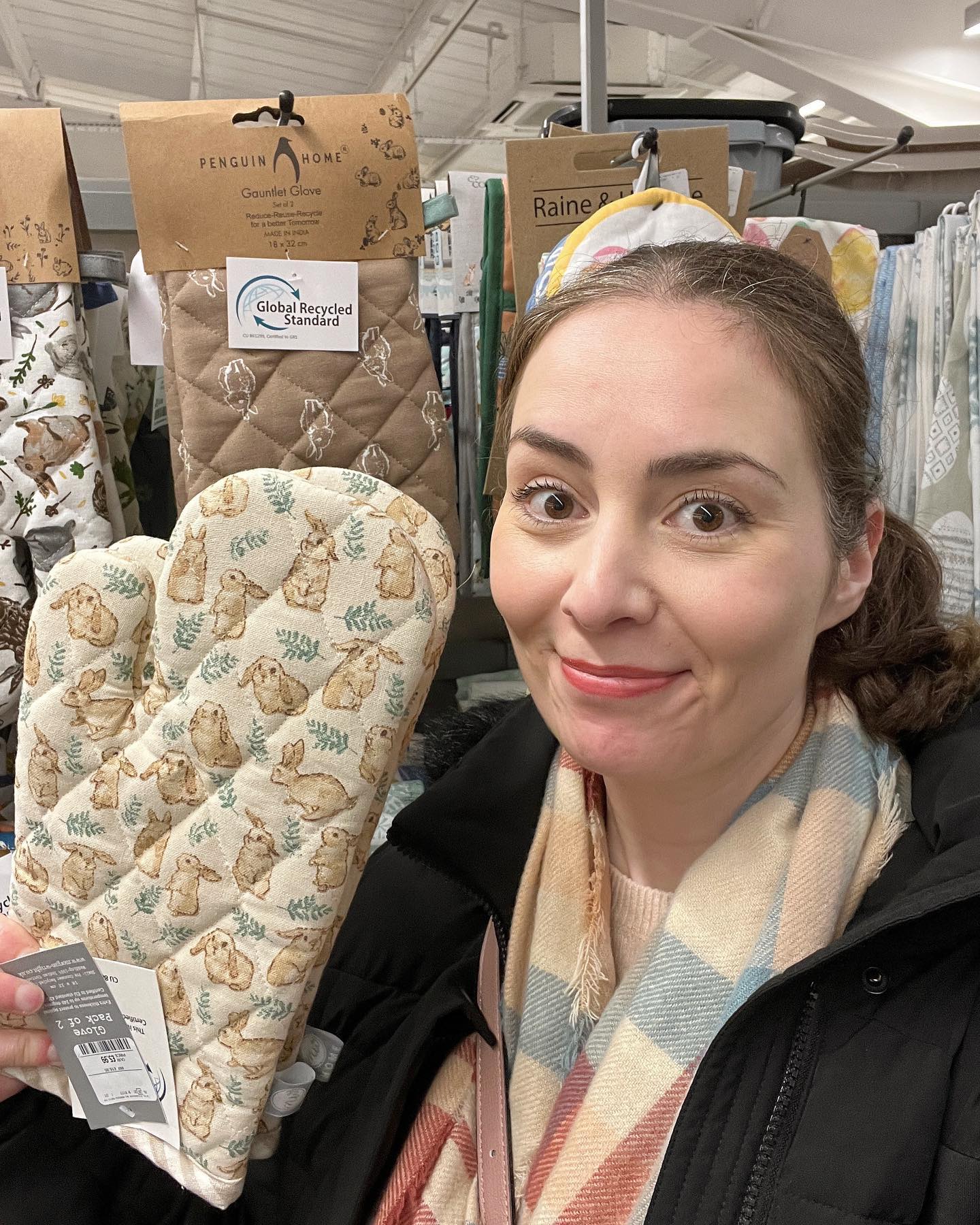 honestly_becky
•
Follow
Someone was happy about “skiving” today. 😝 His class was off school because of the teacher strike so a visit to Grandma’s it was! (And a ‘spoons lunch. Grandma doesn’t live in Wetherspoons. 🤣) #teacherstrike #schoolsout #myson #almostsix #lovemyson #happyhumpday #wednesdayantics
View on Instagram |
6/9

honestly_becky
•
Follow
Once Christmas is over, retailers move onto the next big thing - Easter. Which means it’s a dangerous place for a “rabbity” sort of person like me because everywhere you look you see rabbits (or hares which work for me too). Forgot I saw this in TK Maxx last week. I was very good and resisted buying it so the next best thing was a “look what I found” selfie. Honestly, life with me is just full of surprises! 😆😂 #easterdecor #tkmaxxfanfinds #rabbitlove #itsgotabunnyonit #rabbitlover #rabbitmum #myrandomlife #shoppinguk #tkmaxxfinds
View on Instagram |
8/9

honestly_becky
•
Follow
The question here is not why am I taking selfies in the church toilets again, but why does my green top look brown? 🧐 Had a fantastic morning singing on worship again. You can’t beat that release of giving it all to God, He who is worthy of everything. #worshipteam #worshipmusic #churchday #churchsunday #sundayselfie #midsizestyle #midsizeblogger #midsizegals #ootd #mumlife #mumssupportingmums #mummybloggeruk
View on Instagram |
9/9
View on Instagram