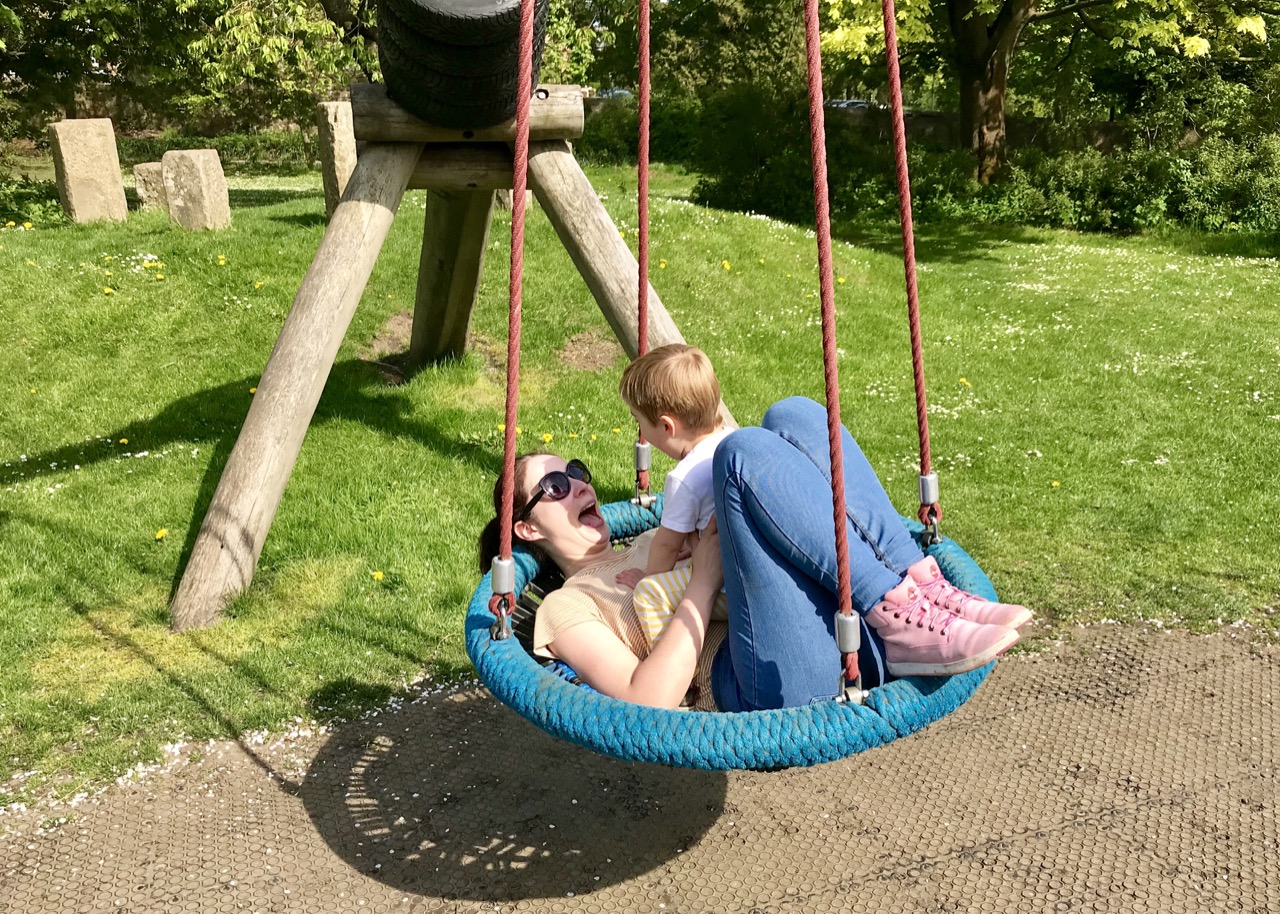 MY MIRACLE: I had Vaginismus for 14 Years and now I have a Son

Watching my two year old son pottering around the back garden with his dad, I realise how life has a funny way of working out – and that I’m pretty lucky. While it’s true I’ve found parenting mentally challenging, I’d be crazy for taking what I have for granted, because once upon a time not long ago I never thought this was possible. For over 14 years a condition called vaginismus was the bane of my life; it blighted my relationship and any chance of us having a family – and yet here we are, with a son.

So what changed? And how did I even end up here?

I was in my early twenties when it all started to go wrong. The difficulty doing it. There was no specific ‘start date’; things in the bedroom just became trickier, then painful, and it was only when months of struggle turned into years of impossibility that I realised I had a problem. Quite a big one, especially when babies came up in the conversation.

For years I didn’t even know there was a name for what I was living with. As far as I was concerned, I had a massive problem with sex and the longer it persisted, the more I was certain I was seriously messed up. However much I wanted it, however much I wanted to be normal, I couldn’t have sex and our off-balance life was our shared personal hell.


So what is this vaginismus? It’s the involuntary tightening of the muscles in the vagina which clamp down on its own accord, causing pain and problematic penetration. That means sex is painful, often impossible, and internals such as smear tests can be painfully traumatic.


Let me tell you what vaginismus isn’t. It isn’t about being frigid. It isn’t a case of telling yourself to snap out of it or relax, and no, it’s not for the lack of lube. You can be as turned on and up for it as you like, but if your vagina says “no” it’s not happening. And that was reality for me.

The most frustrating part of having this condition myself wasn’t about not wanting it – on the contrary, I did! But it always felt like my body ‘down there’ had a mind of its own; I was detached, I never knew how it would react. And however positive and relaxed I went into it, the result was always the same. Pain. Blood. Crying. Shame.

Even the half successes were scarred with anguish and tears. Because for all the will in the world, there was no convincing my body “it’s okay”, “you can do this”. It was always no-go.


In the end, I wished sex didn’t exist. I hated it.


I wanted to love it, and when the pressure was off, intimacy was a good thing. But the body has a clever way of safeguarding; and every time sex didn’t go right my body remembered it. It logged every niggle, every discomfort, until I realised this was it. I couldn’t do it. Repeatedly the same defeated argument would surface: we’d be best splitting up and going our separate ways because there was no chance a baby would be heading our way. And that was what did it for me, not wanting kids – actually convincing myself parenting wasn’t for me. I don’t think I ever told anyone why, but this was the reason. We were going months, years without proper sex. Becoming pregnant was literally inconceivable.


I was a failure. I was failing at being a woman, a partner, even someone worthy of life. And it was this inward emotional torture that consistently hounded me.


I was utterly embarrassed for so long. But by the time I reached breaking point, sharing the big secret with my GP came as a relief.

The sad reality about vaginismus is it’s a really complex condition and hardly an easy fix – not a quick one, and for many women, the issue persists through life. That’s because treatment can be physical and psychological, and rewiring the brain or the way muscles think can be an arduous journey to take.

I had the gynaecologist analysis: there was nothing physically wrong with me other than some tightness and so she diagnosed the vaginismus and prescribed me with dilators to practice exercising with at home. It helped me slowly progress, and helped build up some of the confidence I’d lost, but it wasn’t the breakthrough.

So home life was tense. We couldn’t survive on limited physical affection for much longer, and every passing birthday was only a reminder of my ticking biological clock. Things couldn’t get much worse.

Then one day we went to church.

We weren’t churchgoers at all. Just, out of the blue, we went to a local church’s Christmas special which turned into the most pivotal move of our lives. It was a game changer. Suddenly we felt like puzzle pieces completing a picture.

Being a Christian has always been a central beacon in my life; I’m a follower of Jesus, and I believe He is the giver of eternal life and true freedom. And I pray. But throughout the struggle that vaginismus had me chained to, I don’t recall ever praying about it. Then one day, in a usual Sunday morning service, I felt this strong need for prayer. It was just me with my pastor and another church leader, and after talking (and crying) about the capacity of my problem, they prayed for me. Now, I just sat there. I am not a praying out loud kinda person. But I agreed – heck, I was all for it – and that was that.

In all honesty, I didn’t think much about the prayer after that. Life carries on after church services and so does the daily grind.


Then one day I became pregnant. Say what?!


Sorry, I jumped the gun. This isn’t the story about immaculate conception. It is however, the quite baffling revelation that since I’d received prayer, I’d been able to actually have sex and I hadn’t realised it.

I wish I could tell you there was this precise day when I was filled with euphoria and an angel in a cloud appeared to me proclaiming I could now “do it”. I’m afraid the reality was a lot less fanfare. I was just aware that sex was feeling easier, and that the tense shadow, the mental and physical barrier that used to bind me up, felt lighter. I felt free. I felt like the chains were broken.

Now I’m not saying forget medical professionals. (After all, I do take medication for anxiety and I seek the help of doctors and therapists all the time.) I am eternally grateful for our brilliant NHS. But I also know prayer works. I know God can bring peace, strength and very real healing.


So, pregnancy became a thing.


What was previously a crazy, inconceivable idea was my new reality. I was actually pregnant. My manifested miracle. Sadly I ended up miscarrying but we remained touched by Hope, becoming pregnant super easy once again, this time with our rainbow baby, the following year.

Since the season of change, before I became pregnant for the first time, I’ve been totally problem-free. Now sex is easy, there’s no pain, and I feel liberated. It’s easy to forget what things were like before, the anxieties I used to feel just don’t enter my head anymore. But when I think about it, my vaginismus was such a catastrophic disaster that we’d come to accept it. We were beyond hope. And now, vaginismus is no more.

I know the concept of prayer and miracles can seem farfetched to some; I’m not proclaiming here lies the magical cure for vaginismus. But this was without a doubt my miracle. When all else failed, my God came through.

Watching my little boy; full of positive energy, charisma, the apple of my eye, I realise that life has a funny way of working out. Sometimes, extraordinary does happen and I thank God for that.